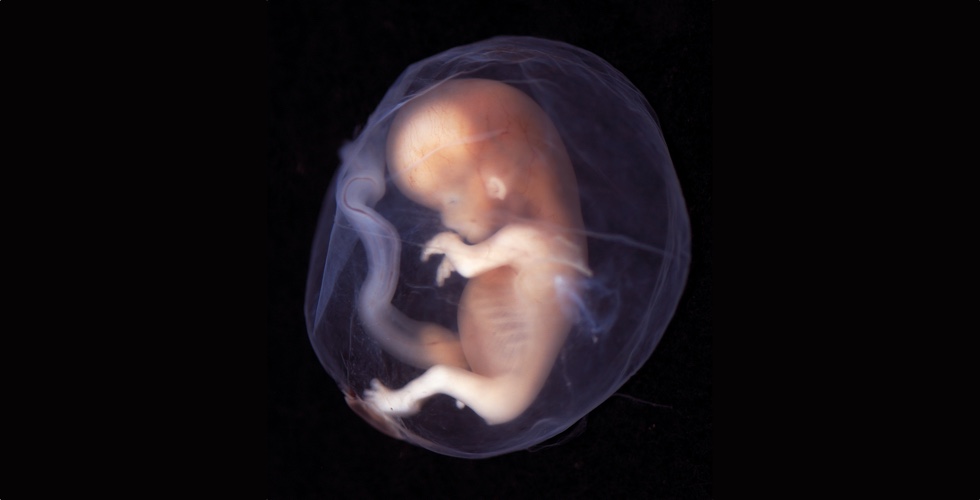 Jim Wallis, president of Sojourners, writes in a recent op-ed of the necessity for Christians on both the right and left seek common ground regarding abortion.  Wallis’ intent is to “expand and deepen” the pro-life conversation to one which focuses on “a consistent ethic of life for women and children,” arguing that we need to reexamine “what it means to be deeply committed to abundant life.”

I wholeheartedly agree.  As a Christian and libertarian, I am committed to pursuing policies which promote abundant life and human flourishing.

I also agree with Wallis when rightly chastises the political left for its extreme support of late term abortion, such as what we just witnessed in Illinois, where restrictions on late-term abortion and even partial birth abortion were overturned.

And he is correct that the focus of abortion bans focus solely on the unborn child (imagine that), but he leaps to the conclusion that in order to be “truly pro-life,” Christians must also support taxpayer-funded state programs, such as “affordable health care and child care, access to affordable and nutritious food, affordable housing, good paying jobs, access to quality education, and, when needed, critical social safety net programs,” along with “access to” (read: “taxpayer-funded”) contraception and “workplace policies that would support parents” (presumably government-mandated).

This all needs to be addressed, but let me start with one of his other assertions.  Wallis refers to the Alabama abortion law as “brutal” because it “ignores the pain and suffering of women [and children] who become pregnant through rape or incest.”  But let’s take a look at what else is being ignored by those engaged in the abortion debate, including Wallis himself.

Too often forgotten by pro-choice advocates in this debate are the large proportion of women (at least half) who choose not to abort after becoming pregnant from rape.  Those who use rape as a justification for abortion fail to consider the perspective of these women, who have refused to pass the violence done to them onto a more vulnerable, innocent person – a person who also happens to be their own child.  They ignore the perspective of women who said that their baby was their only source of hope that gave them the strength to keep living.

The use of rape to justify abortion also ignores how most of the women who abort after getting pregnant from rape come to regret their abortions.  Nicole Cooley compared it to “being raped again” except worse, because this assault was one to which she consented.  In a survey of 192 women who had become pregnant through rape or incest, 69% chose to continue the pregnancy, while 80% of those who had abortions regretted it.

As Christians who believe in redemption, resurrection, and life, we should not be surprised.  Neither should we so easily assent to an act which not only takes an innocent life, but also potentially destroys a source of hope and redemption while at the same time increasing the woman’s pain greater than we can possibly imagine.

Also ignored, unbelievably and outrageously, is how rape and sexual abuse are hardly investigated or prosecuted in this country.  One the rare occasion that cases of sexual assault (including of children) are actually investigated and tried, and the accused is found guilty or confesses, he might only receive probation.  In this country, a man is more likely to do hard time in prison for possession of marijuana than he is for sexual assault.  And this, I would add, is a major factor in broken homes and poverty in this country, especially among people of color.

Abortion feeds into this system by allowing men to cover up sexual abuse, rape, and exploitative relationships.  As several exposés have revealed, Planned Parenthood has performed abortions for victims of child sexual abuse, rape, and human trafficking without ever reporting it.  Making abortion illegal in these instances would prohibit abusive men from using abortion to cover up their crimes.  Additionally, if personhood (or the possession of human rights) is understood as beginning in the womb (as it is now in Georgia, which allows women to begin to collect child support when they are 6 weeks pregnant), this would likely discourage men from engaging in sexual activity with women they have no interest in raising a family with, while at the same time allowing for women to collect monetary assistance directly from the father of their children while they are still pregnant.

Abortion is also used as a tool to maintain the societal status quo which demands that women sacrifice their own children in order to “be successful” in school and in the workplace.  Instead of pointing the finger at employers and demanding that the government force them to accommodate women, we need to assess how the devaluation of the unborn child has devalued the pregnant woman herself, as well as the postpartum woman struggling to raise a newborn while going to school or working.  In short, abortion has been used as an “easy out” that perpetuates systemic oppression.

So when Wallis writes that these laws “endanger the lives of women, especially women of color,” and that they put “the lives of many women in deep jeopardy,” I would like to know what exactly he means.  It’s obvious he isn’t talking about the hundred-plus thousand African American babies aborted in the US each year, approximately half of whom can be assumed to be female.  Is he suggesting that the solution to the disproportionately high maternal mortality rate of African American women in this country is for them to abort their babies?  Is that the greatest degree of justice that he can imagine for women, especially women of color?

I’d argue, rather, that we need a paradigm shift in our culture in which women are offered the choices that they REALLY want.  In order to create it, we have to treat women’s children as if their lives aren’t expendable, regardless of the circumstances of their conception.  When we truly value both, the market begins to offer better options that are tailored to what women actually want, just as medicine advances to correct fetal anomalies through fetal surgery when women choose not to abort.

What women actually want isn’t to have to kill their children.  If the majority of women who have abortions are doing it because they feel they have no other choice, what kind of “choice” is that?  Unfortunately, the legality of abortion perpetuates a mindset, an institutionalized devaluation of the lives of the unborn, that excuses the continued neglect of what women want.  Why offer them the more costly options that they truly want if we can convince them to have an abortion instead?  In that scenario, which is our current situation, the women and their unborn children bear the entire cost.

But if abortion is no longer an option because the humanity and intrinsic value of the unborn is recognized, women are given the courage to demand better for themselves and their children rather than settle for the only “choice” they think they’ve been given, that they’ve been told is their “right” for so long that many have lost the ability to imagine something better.  It’s our job as Christians to reignite their hope.

We can undermine the entire oppressive and exploitative system by choosing to value both women and children, in and out of the womb, rather than waiting for the same violent system to change while finding exceptions for when it’s okay to kill innocent people in the meantime.

Unfortunately, if Wallis’ idea of “finding common ground” on abortion is based on government programs, then it only perpetuates the same oppressive societal structures that contribute to the prevalence of abortion in the first place.  Legalized abortion plus government-run healthcare is a recipe for increasing the abortion rate, as the UK’s current record-breaking abortion rate shows.  If valuing unborn human life is taken as a first principle, the market, including in medicine, steps up to meet the demand created by that principle.  However, if the lives of the unborn are not valued, that is what becomes reflected in decisions made by insurers and healthcare providers.

That’s why in the UK, we see doctors routinely recommending abortion for conditions that the government recognizes are going to be costly to treat, even while knowing that prenatal screening tests have a high false-positive rate.  It’s why actress Sally Phillips has accused the government of performing eugenics by strongly recommending abortion for women whose prenatal screening indicates a higher possibility of their child having Down Syndrome (again, despite the high rate of false positives).  And, of course, it’s why a judge in the UK ruled that doctors could force a developmentally disabled woman to have an abortion (at 22+ weeks!) against her will, despite the fact that her mother wanted to care for the child (thank God it was successfully appealed).  Abortions save insurers (and that includes the government when the government is the insurer) money, and as long as abortion is considered an aspect of healthcare, it’s going to be encouraged over more costly treatment options.  No one benefits more from abortion being classified as healthcare than a government in control of that healthcare.

We already share common ground on abortion in that we desire to see the innate worth and dignity of each human being respected, and in that we not only seek that each individual be protected from aggression, but also in promoting their flourishing.  The main difference between the libertarian position and statist position is that libertarians recognize that we cannot fix a violent system by simply attempting to wield it and redirect its violence to suit our own ideas of “the common good.”  As long as we choose to wield the sword in our attempts to establish that flourishing, there will always be victims.

Such behavior, after all, mirrors the reality of abortion: the oppression of a vulnerable person cloaked as the liberation of another.

Read More »
PrevPrevClown World and the Only Thing that Matters
NextEp 124: Moral Arguments for Free Trade with Dan GriswoldNext