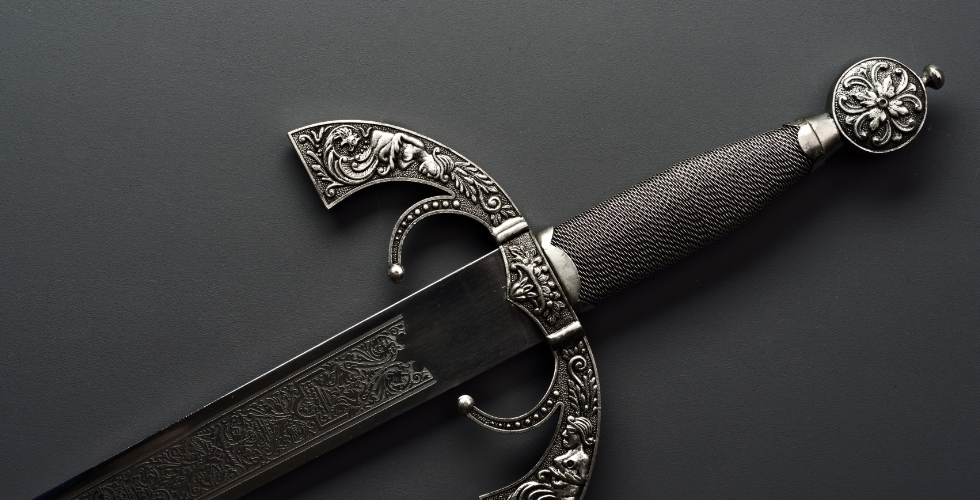 The Richmond Observer recently published an article I wrote arguing that the Bible is not “pro-government.” In summation:

To say the Bible is ‘pro-government’ in the sense that I’m using the word is to say the bible is ‘pro-violence’ and ‘pro-coercion.’ Do you really want to try to make that case?

Alex Auman does want to make the case the Bible is pro-coercion.

Alex offered an interesting response published by the Observer that I think is worth dissecting. His rebuttal was titled, “The Bible Is Pro-Coercion.”

Unsurprisingly, Alex opened his argument by invoking Romans 13, writing that it contradicts me “in a crushing way.”

Except that it doesn’t.

I’m not going to go in depth into Romans 13 here. I did that in Episode 6 of the GodArchy podcast. Or if you prefer a shorter article that explains why Romans 13 can’t possibly mean what people like Alex claim it means, you can read Jeff Sessions, Rosa Parks and Romans 13.

I have to note though that I find it amusing when people act as if I’ve never heard of Romans 13 – like I could run a website dedicated to Christian anarchism/voluntaryism without ever having come across those verses. It’s like the statist who counters every argument about the fecklessness of government with “What about the roads?” Yes, we’ve heard these arguments before – thousands of times. They’re not nearly as compelling as you imagine.

If the Bible were against coercive government, wouldn’t the word of God be enough?

Next, Alex criticizes me for quoting economist Murray Rothbard. This proves that I am “heavily engaged with and predisposed to anarcho-capitalism,” (yeah, duh!) and that “Mr. Maharrey isn’t influenced by the Bible in his anti-government stance.”

Alex’s second statement provides a textbook example of a non-sequitur fallacy. My use of a Rothbard quote tells you nothing about whether or not the Bible influences my position.

“If the Bible was so against government and coercion, would Mr. Maharrey have to quote mere mortals such as Murray Rothbard? Wouldn’t the word of God be enough?”

Again, we find some sloppy thinking. In the first place, Christians learn from “mere mortals” all the time. I’m almost certain Alex listens to teachers and preachers, uses various bible studies, and reads Christian books. I could ask the same question: Isn’t the Word of God enough?

The Rothbard quote notwithstanding, my argument rests on a biblical ethic – specifically the Second Great Commandment – “Love your neighbor as yourself.” As I wrote in my article, “Christ implores his followers to interact with one another based on mercy and grace. There is no way to shoehorn Christ’s teaching into supporting a society that literally operates on the basis of lethal force.”

That sentence alone should make it clear that the Bible heavily influences my position.

Alex closes his rebuttal with a more substantive argument, suggesting that God is, in fact, a coercive being.

He first turns to two Old Testament examples of what he calls “holy force” – Sodom and Gomorrah and the Great Flood. But these don’t really count as examples of coercion. They were demonstrations of God’s justice and the consequences of sin. Humankind had to understand justice before it could comprehend mercy. And it’s important to note that the violent destruction of sinners in the Old Testament did not cure the sin problem. That required Jesus’ death and resurrection.

These demonstrations of God’s power in the Old Testament were one chapter in His progressive revelation and the evolving moral/ethical norms we see in scripture. I mentioned this process in my original article. We ultimately have to view these events through the teachings of Jesus and the cross. Otherwise, we end up with a skewed understanding of God.

And Alex has an extremely skewed view of God. He writes:

“But eternal torment in Hell for unrepentant sinners and those who won’t or simply didn’t accept Jesus Christ has to be the most extreme use of force there is … God can and will punish you for things that harm no one. If governments are to be viewed as coercive entities who can use the Earthly punishment of fines, guns, and imprisonment, then what are we to suppose of God who can banish someone to an eternity in Hell? Governments cannot even attempt to compete with this level of force.”

This is a sad and backward way to look at God’s relationship with humanity.

As Alex sees it, God wants to force us into a relationship with Him by threatening us with eternal punishment. This indeed looks coercive. But in fact, God loves us dearly and wants us to love Him. One cannot coerce somebody into loving them. If I had told my wife, “Marry me or I will kill you,” she might have married me out of fear, but she would have never loved me. What kind of relationship is that? And yet this is exactly the kind of picture of God Alex paints for us.

How does God relate to humankind?

Make no mistake – God could compel us all to bow our knee to him right here and now. He has the power to override our will and force us to submit. But instead of forcing us to follow Him and essentially turning us into robots, “God shows his love for us in that while we were still sinners, Christ died for us.” (Romans 5:8) He woos us. He beckons us to accept this gift of love and grace. He calls us to follow Him. He pursues us like a lover. But He never violates our will. He never demands obedience – not in this world. We can choose to reject Him and He won’t interfere with our will. As Jesus said to the Israelites, “Jerusalem, Jerusalem, you who kill the prophets and stone those sent to you, how often I have longed to gather your children together, as a hen gathers her chicks under her wings, and you were not willing.” (Matthew 23:37)

Yes, there are consequences when we break divine law and then reject the grace and mercy Jesus offers us, just like we will suffer consequences if we defy the laws of physics and jump off a high bridge. But the existence of eternal consequences doesn’t mean God acts in a coercive way. In fact, hell is nothing but an extension of the choice we make in this life. If we reject the Kingdom of God on earth, we will continue to be locked out for eternity. If we chose to reject God, he will let us go our own way – to judgment.

The point is that God does not force His rule upon us in this life.

God doesn’t bend us to His will using violence, coercion and force

“Or do you think lightly of [Him] …  not knowing that the kindness of God leads you to repentance?” – Romans 2:4

As John Locke (who was a theologian as well as a political philosopher) explained, because God does not force his sovereign will upon humanity in this world, it logically follows that no person has the right to force his or her will on other people in this world. Just government can only operate by consent.

Locke highlights the non-coercive character of God’s relationship with humankind in A Letter Concerning Toleration.

“If, like the Captain of our salvation, they sincerely desired the good of souls, they would tread in the steps and follow the perfect example of that Prince of Peace, who sent out His soldiers to the subduing of nations, and gathering them into His Church, not armed with the sword, or other instruments of force, but prepared with the Gospel of peace and with the exemplary holiness of their conversation. This was His method. Though if infidels were to be converted by force, if those that are either blind or obstinate were to be drawn off from their errors by armed soldiers, we know very well that it was much more easy for Him to do it with armies of heavenly legions than for any son of the Church, how potent soever, with all his dragoons.”

God doesn’t bend us to His will using violence, coercion and force. He bends us to His will by loving us to the point of death – even to death on a cross.

Ultimately, God gives two Great Commandments: Love the Lord your God with all your heart, mind and soul, and love your neighbor as yourself. You can’t love your neighbor by forcing him to bend to your will using violence, coercion and force. And yet, that is the essence of the state.  The ethic of the state simply isn’t compatible with the ethic of the kingdom of God.

Michael Maharrey is the Communications Director for the Tenth Amendment Center. He is from the original home of the Principles of '98 - Kentucky and currently resides in northern Florida. See his blog archive here and his article archive here. He is the author of the book, Our Last Hope: Rediscovering the Lost Path to Liberty. You can visit his personal website at MichaelMaharrey.com
View Author Archive