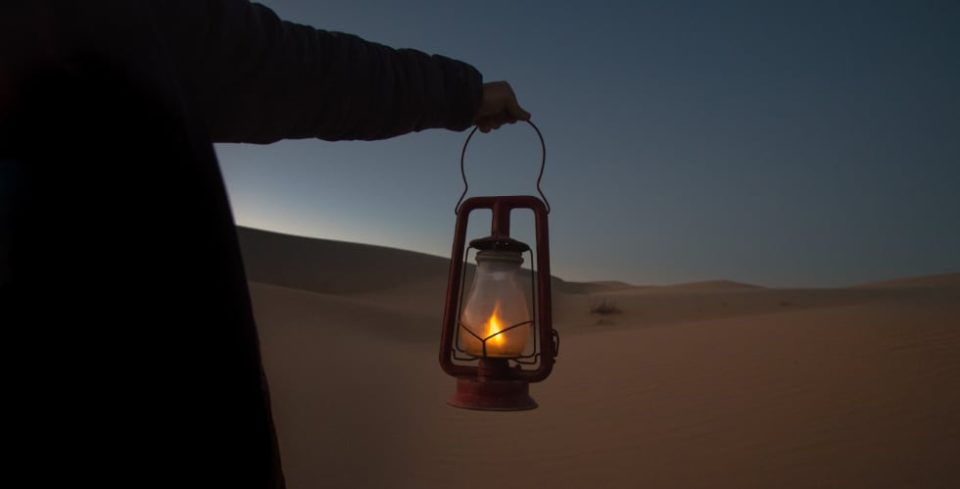 Communities are formed naturally through shared experiences. They grow out of the hopes, struggles, and aspirations of their founding members. The Israelites, for example, were freed from Egypt as slaves, unconnected by a shared faith at the time. They suffered through exodus together and, through Moses, took on a shared faith in God. Communities are developed and sustained by a shared belief with later members who emulate and build upon the experiences of their predecessors. A shared belief binds a community together. The belief is upheld and practiced by tradition, using rites, rituals, and customs. Those traditions are, to a point, malleable. They allow communities to adapt to new situations and struggles without compromising their shared belief. Traditions then, like communities, are formed naturally over time. The traditions of the Israelites developed over history. They adapted to new circumstances by transforming their customs, which allowed them to uphold their beliefs in light of the times.

The founder or popularizer of Christian desert monasticism is Desert Father Antony the Great. Antony was born in Egypt in AD 251 to devout Christians and wealthy landowners. His parents died when he was around 18 years old, leaving him to care for his younger sister and to manage the estate. Six months after the death of his parents, while sitting in the Lord’s house, he heard the words of Matthew 19:21 and felt a fire for the Spirit of the Word: “If you wish to be perfect, go, sell your possessions, and give the money to the poor, and you will have treasure in heaven; then come, follow me.” Antony gave away his land, sold his possessions, donated the proceeds to the poor, entrusted his sister to the care of a community of consecrated women, and began a life of asceticism.

Antony did not initially seek the desert. Instead, he sought a monastic lifestyle practiced at that time. For 15 years Antony lived an ascetic life under St. Paul of Themes and then moved to the mountains for a life of solitude. Eventually, he mentored hermits who sought to emulate his spiritual life. After the Edict passed, Antony turned to the desert as a place where Christians could continue a life of redemptive suffering.

Antony’s reputation was known and respected throughout the country. When Christians started to hear about his trek into the desert, some followed. Like Antony, these Christians wanted to live a life of suffering for Christ. Antony’s interrupted solitude only made him walk deeper into the desert, but admiring Christians again followed him deeper into the desert. Antony’s actions and lifestyle spoke for itself. He tapped into something deeply meaningful and desired by all people. Antony didn’t campaign for followers in hopes of convincing souls. He simply sought out Truth, and Truth speaks for itself.

The organic tug shared by the Christians who turned toward the desert turned into a bond between them. The desert was considered a holy land, linked in collective memory to the life of John the Baptist and Christ. With a shared belief regarding renunciation, redemptive suffering, and martyrdom, they turned to the desert for new customs and traditions to uphold and strengthen their faith during the societal change. In following Antony into the desert, they continued a life of shared suffering, one that was not dependent upon the Roman Empire but on themselves.

These Christians are similar to what Albert Jay Nock calls, “the Remnant.” Like the few in Judea who saw the Lord work through Isaiah, the Remnant, unlike the masses, “are those who by force of intellect are able to apprehend these principles [of humane life], and by force of character are able, at least measurably, to cleave to them. The masses are those who are unable to do either.” The Remnant do not follow trends, fads, or “the prophet of the masses.” Instead, they seek out what is best. They respond not to base desires but to good and true things and the prophet who seeks those good and true things.

Word began to spread about the Desert Fathers and Mothers, both in Egypt and in the surrounding countries. Consequently, the Remnant had an immense impact not only on the Christians of the time but the development of the Christian communities decades and centuries to come. The Desert Fathers and Mothers did not plan for the popularization of desert monasticism, nor was it foreseen. No one at the time imagined that the Edict of Milan and the government’s tolerance of Christianity would help spark a radical development within Christian communities and the traditions of their faith. As Nock notes, the Remnant is “an unknown quantity.” They do not head the call of the prophet of the masses. Instead, they seek out what is truly best for men and women.

Each point in history offers new catalysts that affect the growth and transformation of communities, both Christian and non-Christian. Our community will not look the same in years to come, but we can have hope that our community will uphold and defend the faith throughout those changes. Like the desert “Remnant,” Christian libertarians should keep their eyes on what is best, the humane life formed in human dignity and liberty.  If what is best lies in the desert, then the Remnant should heed its call and form a community that, to the masses, seems crazy. Over time, the masses will look back on the Remnant with new eyes and see that, all this time, they were motivated by the good, true, and beautiful.