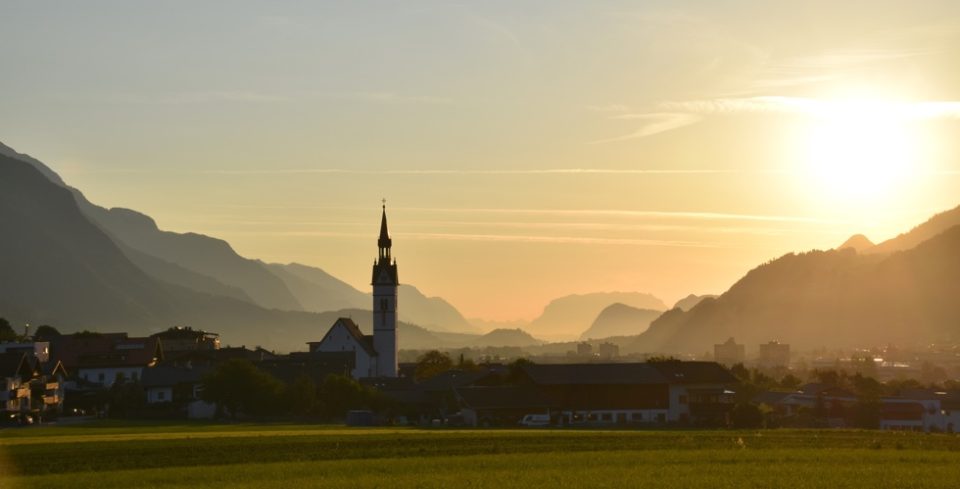 Only things that can be lost or attacked are able to be defended. How can social institutions be lost or attacked? They can be lost just as forts in battle, and the repercussions are analogous. A fort has numerous functions, three of which are safety, identity, and unity. A fort protects soldiers from attack, expresses an identity shared by the soldiers, and unifies soldiers under a shared roof. If a fort is lost to enemy attack, the occupying soldiers can either retreat into unknown territory or be taken prisoner. A fort lost is not the same as a fort decimated. The enemy forces will occupy and replace the previous flag with their own. The fort will look no different. It hasn’t been painted a new color, nor has it been architecturally reconstructed. The only difference is the flag. The new flag means a new shared identity amongst the occupants, and with a new identity comes a new unifying force. The fort unified the original occupants because it stood pro aris et focis, for God and country. The fort unifies the new occupants because it stands as a symbol of force and victory in battle.

Like the fort, social institutions protect those behind their walls. As a defense against the unknown, the institutional walls allow people to work and flourish without the fear of spontaneous and immediate ruin. Members of the social institution can therefore focus on working together under their freely-shared identity and goals. Social institutions are formed by individuals who naturally make meaning and order out of what would otherwise be chaotic. Though like the fort, when the social institution is mutinied and overrun, a change necessarily occurs. Those who now reside within the walls change the identity held by the previous members. What was natural in its previously-shared identity is now unnatural in its newly-forced identity. The new occupants are not unified around the natural development of the fort pro aris et focis, but rather as plundered property. The purpose of the fort has been inverted. What was naturally formed as a good for all people has become a prize for the strongman.

If the members of a social institution do not defend it as good for the individual, they leave it vulnerable for a strongman to forcibly impose an alternate identity. Those who refuse to fall in line with the newly-imposed identity will be made prisoners of war.  Those who retreat are left running through the wilderness, alone and vulnerable.

Humans are created to be social beings, and God’s design is that we work together to develop institutions which promote human flourishing. Insofar as these institutions are voluntary, peaceful, and non-coercive, human beings possess the God-given capacity to solve the worst of problems in the best of ways. Social institutions founded upon mutual cooperation — such as marriage, family, church, organizations, and businesses — are vital for authentic humanity.

Christian libertarians acknowledge the natural drive of individuals to work together and form meaningful bonds. These bonds then develop into social institutions which defend the individuals within them and allow their members to accomplish goals which would otherwise be out of reach for atomized individuals.