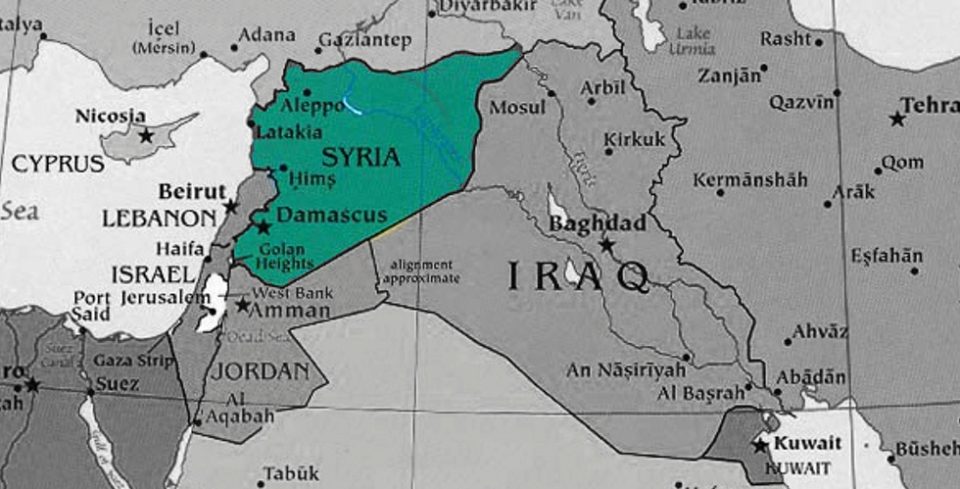 Legendary foreign correspondent Robert Fisk gave an informed account from the ground on the Syrian (likely non-) gas attack. You can read his account via the UK Independent here. It is a good thorough read, written by a man familiar with Syria, it’s people, and it’s leaders.

I have read many critiques of those of us, like Fisk, who do not believe Assad used chlorine gas upon the people of Douma. Most of the reasons given by critics show that they do not understand the region, and are either Russo-phobic (the Left) or have a blind trust in the American State Department (the Neo-con right). Conservatives on the right are a confusing bunch to me. I feel a close kinship to them in many ways. But there is no explaining their complete mistrust of the U.S. government on domestic policy and their blind trust of it in international affairs. If the U.S. government doesn’t do what is right by its own people, why would you assume that they would do what is right anywhere else in the world? But I digress.

For those of you that may not know, I want to explain something to you in very clear and irrefutable terms. We are backing radical Muslim jihadists in Syria. No, really, the “moderate rebels” in Douma that claimed that there was a gas attack there, are a part of a group that calls itself the “Jaish al-Islam” (Army of Islam).

No, we are not fighting ISIS in Syria, we’re helping them. When those same fighters cross an imaginary line in the sand and enter Iraq, we call them ISIS. U.S. weapons are often found among ISIS fighters in Iraq because they were carried from Syria to Iraq by these so-called moderate rebels. It is schizophrenic. But I am going to try to explain in brief below why we knowingly maintain this schizophrenia.

And, no we are not helping Christians there, we are ensuring their annihilation. Assad, as bad as he is, is himself a minority in his own country. He is an Alewite, and is aligned with the Shi’as in Syria, who are themselves a minority. Most of the Sunni majority there are non-violent and live in peace with the minority populations (Shi’a, Alewite, Christian, Yazidi, Kurds, etc). But among the Sunnis are Wahabists, like Osama Bin Laden was when he was alive. These are the radicals that kill, rape, and maim in the name of Islam. The so-called moderate rebels in Syria are Wahabists that are financially backed by Saudi Arabia. They are of the, “convert or die brand”, and we are aiding them in their crimes against minority populations in Syria, among whom our Christian brothers and sisters are a part.

What are we doing in Syria? Be skeptical here and do your own research. What we are doing is helping the Saudis (Sunni Islam) gain control in the Middle East against the Iranians (Shi’a Islam). The Saudis are aligned with us, and will only sell oil in U.S. dollars. This is called the petro-dollar system. Countries around the world must exchange their currencies for dollars before they can trade them for oil. And we can’t have oil countries like Iraq, Libya, Egypt, and Syria selling oil in something other than dollars. All of these nations were either Shi’a controlled or secular Sunni dominated until we arrived in 2003. They were friendly to Iran, which is the major Shi’a power in the Middle East, and consequently, Saudi Arabia’s primary rival for regional dominance. Why is it important to us that Saudi Arabia gain control in these nations so that the world will continue to have no choice but to trade commodities in U.S. dollars only?

Remember back in 2009-2012 when we printed 4.5 trillion dollars out of thin air in order to keep us from slipping into economic oblivion? Why didn’t this massive influx of fresh cash cause massive inflation and destroy the value of our currency? Because the world needs dollars to do business, and most of the new currency was soaked up by foreign banks who needed them to buy oil. But what would happen if the countries of the world began to trade their currencies directly (or gold, or another currency) for oil? All the dollars that are sitting piled in banks all over the world would no longer be needed there, and they would come crashing back to our shores. The U.S. dollar would plummet in value.  We’d be stuck with 21 trillion dollars in debt, and a massively devalued currency to use to pay it off. The inflation that would occur would make 21 trillion feel like 40 trillion in an instant. We also could no longer be able to run deficits because we would not be able to print money to cover those deficits without immediately feeling the consequences, if the world stopped using the petro-dollar. Have you ever asked, “why, if we run a deficit, can government checks get cashed?” It is because we monetize that debt… we print it up and send it out by selling debt backed securities like bonds and treasuries. The interest on the debt in the scenario I describe would equal our GDP overnight. We’ve painted ourselves into a corner. We will do anything to keep the status quo as the reserve currency of the world because a change in the world monetary regime would cause a multi-decade depression, and usher in severe austerity in the U.S.. Here’s the kicker. Our whole Middle Eastern foreign policy is predicated on our need to maintain the world reserve currency status. That’s why we side with Saudi Arabia. That’s why in Yemen, people… children, are dying of Cholera because the Saudis, with our help, have bombed them into the stone age. Where is that in the news?

Saddam Hussein, a Baathist secular dictator started selling oil in currencies other than dollars. He now sleeps with the fishes. Iraq is in shambles. In Libya, Gaddafi did the same thing, moved to non-dollar oil sales. He’s dead and Libya is a mess with no one really in control. The whole Arab Spring that we instigated and supported in 2012 was merely either the toppling of Shi’a controlled countries or the strengthening of Sunni (Saudi) control in countries across the Middle East. In Egypt we saw the rise of the Muslim Brotherhood, that were, like the Jaish al-Islam in Syria, Saudi (Sunni) controlled, and Wahabist to the core. Coptic Christians were, and still are, being slaughtered by them and their ilk. This is all linked to reserve currency and oil sales. No other reason can be given that would make the United States fight ISIS in Iraq and fund ISIS in Syria. Because the day we are not the reserve currency the party is over. We could not, at that point, continue to live our debt fueled free spending lifestyle. Like it or not, our profligate spending has spilled over into profligate warfare. This is how domestic policy influences foreign policy.

U.S. Christians should begin to systematically eliminate their debts and invest in precious metals, land, and other physical assets. The party is going to end. Our reserve currency status is going to cease, my guess, within the next decade. There is a lot going on around the world, especially in the East, meant to extricate eastern countries from being under our financial thumb. And America has been foolish enough to spend more than it has brought in for decades, placing itself in a precarious position that will eventually over come it. I would, if I were you, begin to personally build networks of Christian friends that are committed to helping one another in the future. Erecting things like homeschool networks, using orthodox Christian businesses where you can, and gaining real world skills like gardening, animal husbandry, carpentry, and small motor repair. And more than anything, building small intimate communities of disciples (churches) that truly care for one another and maintain the faith once delivered to the saints. Finally, we should be rebuilding the types of churches that created networks of care for the legitimate poor (widows, orphans, and refugees) as the Church in Judea and the Greek speaking churches established by the Apostle Paul did, when they enrolled widows (Acts 6; 1 Tim 5) and created the office of deacon (1 Tim 3) to carry out that care. There is a time coming in the U.S. where the church will be needed as a house of prayer and a house of care for the legitimate poor.

Perhaps I’m wrong and none of what I said will come to pass in your lifetime. I hope so. But Christians should act on my prescriptions regardless. We should not be indebted to and entangled in the World’s system. We are a separate Kingdom with a whole different moral code, and a completely different set of ethics. We certainly should not be encouraging blood shed in foreign lands to prop up our currency that will come at the expense of our brothers and sisters in Christ. There are worse things than poverty.

The prudent sees danger and hides himself, but the simple go on and suffer for it.
Proverbs 22:3

This article was originally posted on The Evangelical Libertarian.