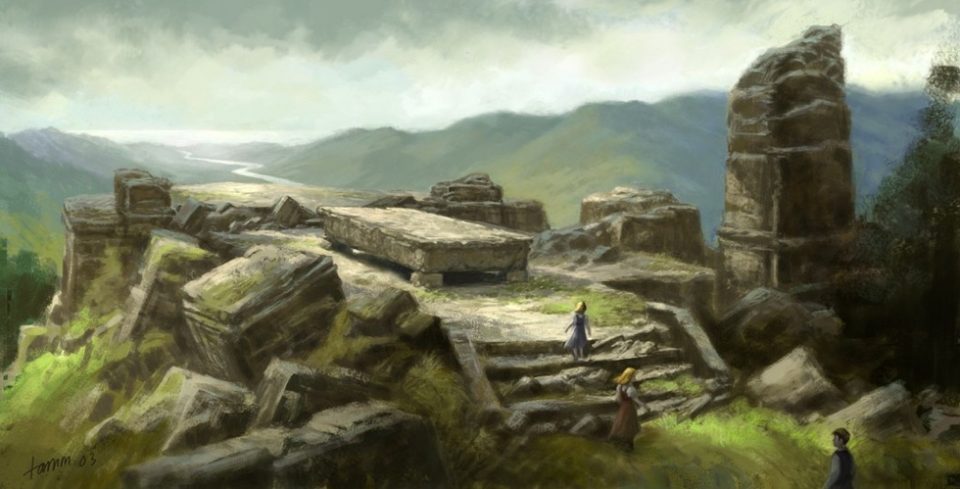 C.S. Lewis had some interesting things to say about humanity in his children’s fantasy series The Chronicles of Narnia, and what he spoke of in The Lion, the Witch and the Wardrobe might be the most important of all.

The story starts off with the Pevensie siblings stumbling into the wardrobe of a mysterious professor while they are playing hide and seek. The two brothers (Peter and Edmund) and their two sisters (Susan and Lucy) discover that the wardrobe is, in fact, a door to another world: a world full of adventure, magic, and mythical creatures. This land called Narnia, and it was once a joyous country ruled by the wise lion, Aslan, but is now under the White Witch’s spell of a dull and never-ending winter. The Pevensie children also learn from the Narnians, much to their astonishment, that they are the prophesied saviors of Narnia who will lift the White Witch’s spell and restore its glory. Adventure follows.

The Pevensies set off on a quest to find Aslan, the magnificent lion who will lead them in their adventure. But Edmund, who is quite bitter towards and envious of his brother and sisters, accidentally stumbles upon the White Witch. The Witch is curious as to Edmund’s sudden appearance in Narnia, and she reasons that there must be more like him. She seduces Edmund into joining her, promising him everything he desires. In reality, the White Witch knows very well that these humans are a threat to her rule and must be dealt with.

When Edmund finds out about the Witch’s true intentions, he is imprisoned and forced to help track down his own brother and sisters. He realizes that the Witch’s ways are coercive and tyrannical, and that the rewards she promises always comes at the price of others.

Edmund is finally freed by Aslan’s army. When in the presence of Aslan, Edmund confesses — through non-coercive and gentle interaction — his folly of siding with the White Witch. Despite Aslan’s enormous and terrifying appearance (he is, after all, a lion), Edmund can’t help but look upon Aslan with love and humility. He is re-united with his siblings and decides to change for the better. But the incident isn’t over yet.

The White Witch approaches Aslan and demands that Edmund, due to his treachery, must be sacrificed on the ancient Stone Table of Narnia. This is the law of the land, and Aslan must comply. Aslan is now faced with a dire decision: while it is true that Edmund did some horrible things, he recently decided to recognize his errors and reform. Would it be right to put a reforming person to death? The question haunted the Narnians, and it should haunt us as well. Nevertheless, the law is the law, and sacrifice must be made. Without sacrifice, nothing is settled.

The ritual sacrifice is an ancient practice in human history. The mythologies of old are filled with it, as C.S. Lewis knew well. How did this practice originate? According to French anthropologist René Girard, human beings are a mimetic species. We often imitate our neighbors’ behavior and become, more or less, their twins. Because we tend to imitate our neighbors, we also imitate their desires. This creates what Girard called “mimetic rivalry.”

C.S. Lewis shows us what mimetic rivalry looks like when he discusses pride in Mere Christianity:

“We say that people are proud of being rich, or clever, or good-looking, but they are not. They are proud of being richer, or cleverer, or better-looking than others. If everyone else became equally rich, or clever, or good-looking there would be nothing to be proud about. It is the comparison that makes you proud: the pleasure of being above the rest. Once the element of competition has gone, pride has gone.”

Rivalry threatens to escalate when our pride and envy inflates, and once the escalation occurs, conflict inevitably follows. The effort to regulate and control mimetic rivalry (which our ancestors took very seriously) gave rise to many of the ancient religions. Probably the most significant religious ritual was the act of sacrifice. The sacrificial ritual was instituted when conflict escalated beyond control, and blame for violence was placed on a single individual (a scapegoat). This individual had to be sacrificed, for he was accused of being the root cause of the conflict itself. Once the scapegoat was eliminated, the catharsis that flowed from the sacrifice washed down on the warring parties and brought peace to the land. However, the real problem — mimetic violence and desire — was never addressed, and so a cycle of rivalry-violence-sacrifice was perpetuated.

The White Witch of Narnia is the embodiment of the accuser: the one who flares up the envy which gives rise to violence (and then demands the sacrifice). The Witch pits Edmund against his own brother and sisters and promises him a throne if he plays the game of mimetic rivalry. Her game of brother-against-brother and sister-against-sister always ends in bloodshed. The accuser, commonly known as Satan, is never satisfied without blood. Blood must be shed, and it doesn’t matter whose blood is shed. This is the sad reality of the world in which we live. The White Witch, the accuser, is ever-present within us. She often manifests when we are formed as a collective: a mob, ready to pounce on the numerically-disadvantaged, drowning out the victim’s defense and overpowering the target with waves upon waves of judgment.

Instead, Aslan chooses self-sacrifice. In order to give Edmund a second chance, he offers himself as the scapegoat for the ritual killing on the Stone Table. The White Witch takes the offer with great delight. Not only would she have her share of blood, but she’ll have the most precious blood of all. She’ll be able to defeat her greatest enemy.

In the dead of night, Aslan walks through a hypnotized crowd and to the place where he is to be killed. The two Pevensie sisters, Susan and Lucy, secretly watch from afar, horrified at what they see. The crowd, made up of the Witch’s minions, bind and gag Aslan. The Witch raises her dagger and drives it straight into Aslan’s body. Aslan dies at that very moment, much to the sorrow of the Pevensie sisters.

Once the crowd had dispersed, Susan and Lucy run down from their hiding place to mourn beside the lifeless body of the once-magnificent ruler of Narnia. Their adventure, it seems, has come to an end in the worst possible way, and they are heartbroken at the loss of their friend. But little do they know that Aslan has just played a great trick on the White Witch; the Stone Table cannot withstand the blood of the innocent. Aslan was innocent, and thus the ritual sacrifice is nullified.

For centuries, since before recorded time, men have used ritual sacrifice to appease their bloodthirsty, violent gods and sustain their societies. That same sacrifice still exists today in subtle forms within politics and culture. Governments routinely throw non-violent individuals into prison. We are hypnotized by the outward splendor of the state, thinking that it can do no wrong while it violently punishes those who are not able to comply with its demands. Even in our small-scale societal and familial lives, we are quick to condemn, excommunicate, and eliminate our enemies. But new rivalries and new conflicts always emerge. What then will happen when we run out of scapegoats?

In a post-Calvary world, we are unable to solve problems by exiling and eliminating the ‘other’ in our families and societies. Although mimetic rivalry can be temporarily rid through scapegoating, it will re-emerge again and again unless we look at the persecutor within ourselves. We have to recognize that the vices we often find in our enemies are also present within us.

“If anyone would like to acquire humility, I can, I think, tell him the first step. The first step is to realise that one is proud. And a biggish step, too. At least, nothing whatever can be done before it. If you think you are not conceited, it means you are very conceited indeed.”

Edmund took this bold step with the help of Aslan, and this was Aslan’s first victory. His second victory was the nullification of the ritual sacrifice. Aslan was innocent, therefore the sacrifice was a lie. The Stone Table cracks (signifying the destruction of the crowd’s accusing spirit) and Aslan, to the sheer joy of the Pevensies is resurrected. The White Witch, robbed of her hold over the Narnians, is then defeated by the Pevensies and Aslan’s army.

In a world where we desperately try to cling to the Stone Table, non-violence is the only viable road to victory and harmony. We may, at times, be tempted towards using violence upon the pretext of humanitarianism, but in the end, violence always begets more violence. No amount of nobility in a violent revolution can ever redeem the conflict. How can we escape mimetic rivalry so that the conflict doesn’t escalate? The key, according to Girard, is to concede the desired object and to not reciprocate violence with violence, as well as to imitate the best of humanity (which involves self-sacrifice and loving our neighbor).

Because we are mimetic beings, non-violence — if we choose to accept it — would spread like wildfire and render coercive empires obsolete. Once we recognize our inner-persecutor, our minds become clear; we begin to think from a higher perspective. We reject violence and choose interaction. We reject the demand for sacrifice and instead choose to rehabilitate our neighbor. Once our inner-persecutor dies, we embrace the ‘other’ as our own, and love has the final word.