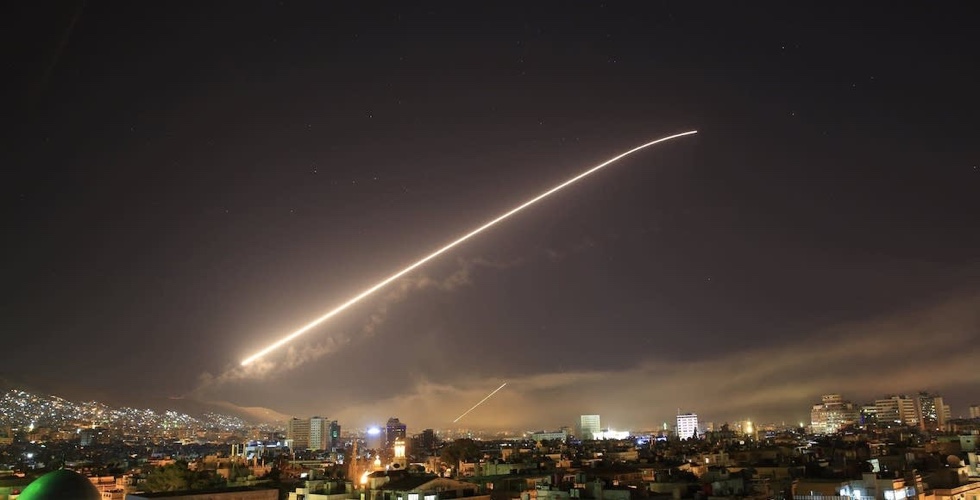 Disappointingly (but not surprisingly), a prominent evangelical leader has once again provided alleged moral justification for war in the Middle East. Russell Moore is to be commended for the cautious and thoughtful manner in which he approached this crucial question. However, even as he claimed that “[he doesn’t] have a definitive answer to offer,” his conclusions on how Just War principles relate to Syria nevertheless lead one to conclude that war with Syria would be just.

The Context of U.S. Engagement with Syria

Contents show
1 The Context of U.S. Engagement with Syria
2 Just War Principles
3 Issues with “Supporting Evidence” of a Just War with Syria
4 When is Regime Change Warranted?

The topic at hand came on the heels of the U.S.-led missile strike on the Al Shayrat airfield in Syria on April 7, 2018. People had been asking Moore, who heads a prominent Christian ethics commission, if a broader war with Syria would be just. Moore rightly noted that there already is a war raging in Syria. This points to a broader fact that many evangelical leaders often fail to address. The most recent military action against Syria did not occur in vacuum. Escalation into a broader war with Syria would not emerge from a vacuum, either.

American aggression in the Middle East can arguably be traced back to the U.S. and British-led Iranian coup d’état of 1953.1 The desire for regional transformation continued through the decades and was accelerated during the administration of President George W. Bush (e.g., Iraq, Iran, Syria, Hamas). The agenda of reshaping the Middle East through “regime change” continued through the Obama administration (e.g., Libya, Syria) and appears to still have life in the Trump administration (e.g., Syria, Yemen). Any discussion of Just War in Syria ought to consider the just or unjust nature of the broader agenda of regional transformation through regime change.

Moore laudably notes that [Just War] “theory holds that war brings with it tremendous moral consequence” and holds that “war should be a grave exception to the norm, which should be peace and order.” He then addresses “the first principle of a just war, that of a just cause” which, he claims, has “clearly” been met with Syria. This is a stunningly-cavalier assertion in light of the fact that many observers were highly suspicious of the claim that Syrian President Bashar Assad used chlorine or sarin gas on his own people. This is especially important in light of the fact that U.S. officials have admitted that there is no evidence the Syrian government gassed its own people as alleged in 2013 and 2017.

Moore supported his conclusion regarding “just cause” by declaring:

He commended the leaders of the U.S., U.K., and France for “not yielding to the morally bankrupt vision that emerges from time to time in history, arguing that defenseless people should fend for themselves as they are being slaughtered.”

Issues with “Supporting Evidence” of a Just War with Syria

I recognize that we should not expect that a fully-detailed and validated case be made in every brief, 1,000-word blog post. On the other hand, it seems that all we ever get when it comes to Just War discussions are brief, unsubstantiated assertions, so it would be nice to occasionally see a more robust case. That being said, I want to take issue with the supporting evidence provided for a supposedly just cause.

“The Assad regime is lawless and murderous…” This certainly cannot be the Christian standard for the just use of military force against a foreign nation, as the U.S. would then continually be at war with multiple nations at all times. Similar judgments have made against dictators such as Saddam Hussein and Muammar Gaddafi. As I have pointed out, these men are not what we would call ‘virtuous leaders.’ Christians in the West would certainly not want to live under their regimes. However, history has proven that secular dictators have often provided Christian minorities with a measure of protection from violence and persecution, along with a degree — however limited — of freedom of worship. Once ‘regime change’ occurs, this protection disappears and persecution sharply increases.

We cannot look at Syria in isolation. What has occurred in Iraq and Libya is likely to occur again in Syria. We have brothers and sisters in Christ living in Syria, Iraq, Iran, Libya and elsewhere. It often seems as if some evangelical leaders consider the interests of the state that wants to intervene more than the interests of the Body of Christ which bears the brunt of being intervened upon.

“Guilt of war crimes against the people of Syria themselves…defied international law in a way that fully justifies action against his forces.” At this point, it appears as if we have completely abandoned the traditional standard of defense against aggression as the minimum just cause for war. Now, instead of defending against aggression, initiating aggression against another nation is routinely accepted (so long as a case can be made for coming to the defense of people who are being victimized).

Again, it is not clear that the Assad regime used sarin gas against the people of Syria. More substantial verification is needed before using this event to claim ‘just cause.’ And even if it were proven, does the violation of international law automatically qualify as justification for the use of U.S. military force? If so, then why do Christian leaders not call for military intervention in those African nations outside the Middle East when international law is (routinely) violated? Or is our ethical guidance merely reactionary depending upon the proposed agenda of the state? It is also worth noting that if a violation of international law is a ‘just cause’ for military aggression against a sovereign nation, then we must deal with the fact that the presence of U.S. forces and its operations in Syria have not been sanctioned by either Damascus or the United Nations Security Council, and Syria claims that U.S. presence is an illegal aggression against its own sovereign state. The U.S. would claim the same if the situation were reversed.

If it is a “morally bankrupt vision” which says “defenseless people should fend for themselves as they are being slaughtered,” then would it not follow that the Church should actively call for military intervention wherever and whenever ‘slaughter’ occurs? Do not stop at condemning non-intervention as morally bankrupt; go on and make the Christian case for U.S. military intervention wherever violence is committed against defenseless people. Such would certainly be in the purview of a ministry dedicated to Christian ethics.

When is Regime Change Warranted?

Moore has determined that the Assad regime is “illegitimate.” He does not say on what basis he has come to this conclusion. He also endorses the controversial interventionist policy of regime change by asserting, “Regime change is certainly warranted in Syria.” This is a very troubling statement coming from a Christian leader. In addition to being morally vacuous, regime change makes matters worse.

“By now the U.S. foreign-policy elite should understand that regime change is a bad idea. The three most recent cases—Afghanistan, Iraq, and Libya—are far from models of success. Afghanistan is now America’s longest-running war with no end in sight. Iraq is a close second and yet another example of the folly of trying to impose Western-style democracy in a tribal society with a Sunni-Shia divide. Moreover, deposing Saddam Hussein created a vacuum that first gave rise to al Qaeda in Iraq and then ISIS. Libya has turned out to be a smaller-scale version of Iraq. Another dictator deposed, but even President Obama had to admit regime change ‘didn’t work.’”

American evangelicals can do better than naively serving as a rubber stamp to a morally dubious (at best) interventionist foreign policy. By continually offering ethical cover for aggressive regime change, evangelical leaders become court prophets, offering worldly leaders the words they want to hear. This is strange from someone who, like Moore, has otherwise been so critical of the current president.

We would do well to consider the words of our fellow Christians in Syria (whom Moore called our “brothers and sisters in Christ in mortal jeopardy there”). The Patriarchates of Antioch and all the East for the Greek Orthodox, Syrian Orthodox, and Greek-Melkite Catholic churches condemned the “brutal aggression” of the most recent strike against Syria, declaring in part:

“We call upon all churches in the countries that participated in the aggression, to fulfill their Christian duties, according to the teachings of the Gospel, and condemn this aggression and to call their governments to commit to the protection of international peace.”

Which comes closer to fulfilling our Christian duty: condemning interventionist aggression or rubber stamping it as ‘just?’ As did Moore, I also call upon us to “pray for peace and order and justice and righteousness in Syria.” But how to justly achieve this peace remains up for debate.

1 “In August 2013, 60 years afterward, the American CIA admitted that it was in charge of both the planning and the execution of the coup, including the bribing of Iranian politicians, security and army high-ranking officials, as well as pro-coup propaganda. The CIA is quoted acknowledging the coup was carried out ‘under CIA direction’ and ‘as an act of U.S. foreign policy, conceived and approved at the highest levels of government.’” Source

Did you like Just War? Christian Leaders Must Avoid Becoming Court Prophets?
You may also like These Posts: