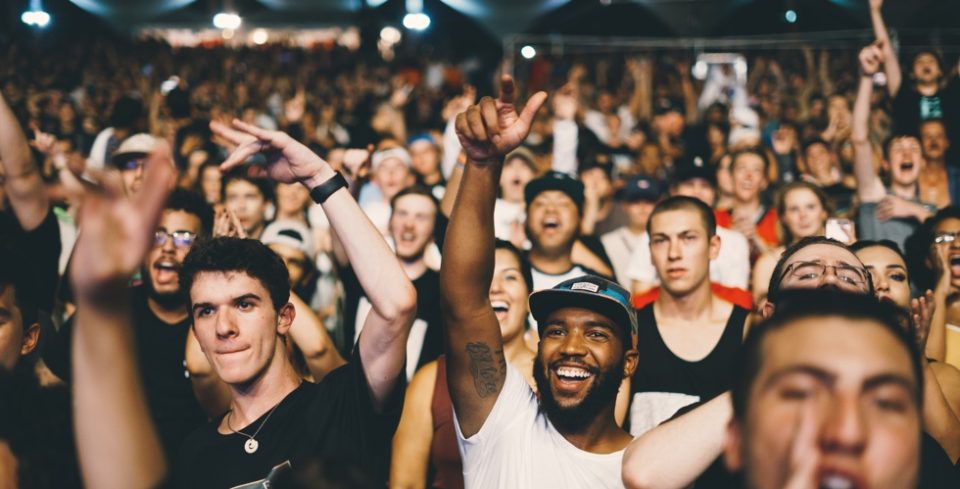 This week, the Political Correctness religion mass hallucinated that Trump called illegal immigrants animals because many of its members feel that way and deeply want to atone for it.

Media accusers damned Trump’s description of gangs like MS-13 as “animals” as an attack against all illegal immigrants. Millions smudged their touchscreens in thunder. As Desmond Burke said, the only thing necessary for the triumph of evil is for good men to tweet nothing.

Most people say what they say not because they believe it but because they want to stand out by fitting in better than anyone else.

Politics is a guilty pleasure ritual stoked by co-dependent crowd passions. The guilt-owned Left needs the shame-free Trump like Batman needs Joker. They complete each other.

Reciprocal scapegoating is the heart of cultural feuding. We surrender our perception of reality to tribal thought frequencies and then discharge pent up passions together. Haunted by childhood stories of the evil of crowds sacrificing innocent persons like Jesus, modern westerners are guilt racked by perceived unfairness to misfits.

Since many feel we are too cool or smart for Christian metaphysics, we have no way to properly release these feelings of guilt. Thus, we have constant social status contests for people to signal just how sensitive they are to the way language can hurt the vulnerable.

Political Correctness is state-preferred thought. And make no mistake, it is a religion. The Latin root for religion means “to bind together.” This binding is achieved via two ways: creative responsibility or destructive scapegoating. We either lay down our bad habit of blaming others for our problems and solve them ourselves orwe form cliques based on mutual hatred of those who cannot keep up with our ways of feeling.

In the PC religion, speech is violence and actual violence is passé. So when Trump uses blunt words like “animals” to describe gang brutality, some people really feel like saviors—crucified by the utterance of vulgarity in the holiest house of state power.

It’s not that the people under Political Correctness’s guilt weighted behind are aware of what they are doing. They are not aware. They are wrestling with groupthink just like the crowd that tried to stone the adulterous woman. Like everyone, they need to follow Jesus. But we’re too busy coveting his martyr’s perch in history to realize it.

Since they trust in the state to solve our problems, the PC crowd is closer than I am to Trump’s policies. Yet because I have not reviled their scapegoat in this article many now have Fact Checked ™ proof that I am on “his side.” But I am tough on them because I love them too.

It is always dangerous to stand between a group and their enemy. If Jesus had made a direct prohibition to the crowd like “Do not stone this woman,” the demand would have triggered a mirror exertion of power in the form of violence. They would have killed him and the woman.

Instead, he knelt down, diverted his eyes to defuse their desire to see their own aggression in his eyes, and planted a question that fried their groupthink frequency.

Who among you will cast the first stone?

This question broke the resonance of shared indignation and forced them to rethink their part in shifting guilt onto their object of disgust.

I ask those bothered by imagined undertones of the language Trump used for gang killers, which of you will cast the first stone against the victims of MS-13? Before you spend all your energy shadow boxing impolite words profaning the aura of the state, can you step inside your enemies’ shoes and empathize with their sorrow for the mutilated victims of gangs like MS-13? Can you understand how normal people like you would not want a boundariless land in which gangs can enter and produce unspeakable agony for real humans?

Can we care about human violence more than mean words?

I understand the PC perspective. Obama deported two million people but did not use mean words to do it. Nevertheless, Christian aesthetic is slowly weaning us from ancient impulses to lynch accused killers. In the shadow of the Cross, we have built legal and cultural structures which tame vengeance and provide for the unlovable. When Trump says “animals” in this context, some people feel like he is repealing this progress.

Like Jesus, we can imagine how coming of age in towns torn by cartel carnage could desensitize and mangle the human soul. We can see that given the right circumstances we could choose to commit atrocities. Yet we would still be human. Still made in the image of God. We are not animals despite our horrors. Like Jesus, we can choose to humanize murderers.

But boundaries are not violence. Property fences are not violence. They can be abused and lorded over others, yes. Just ask your HOA. Yet differentiation between spaces is healthy as long as it is in balance with the Christian ethic of self-sacrifice. Balance is lost when the state separates immigrant families for fleeing black market carnage to which our government contributes in their homelands.

Let’s have a conversation on how we can protect people from violent gangs. Let’s start by ending the drug war. Everyone knows murderous moonshiners were created by alcohol prohibition and destroyed by its repeal. If we made caffeine illegal, gangs would arise to make obscene profit and use violence for market control over 100 dollar black market Red Bulls. Government creates hell on Earth when it uses violence to solve vice.

Legalization will collapse street gangs and cartels under the weight of their own profit exposure. When a person can order clean coca leaf, opium tea, or marijuana online at home, the unsafe underground versions lose their margin and demand. Neighborhoods would be free from gang violence.

There is enough latent public energy to end the drug war. But first we have to stop misdirecting it to the scapegoat ping-pong game of politics and cawing over words. Focus on ending real violence against real victims first.