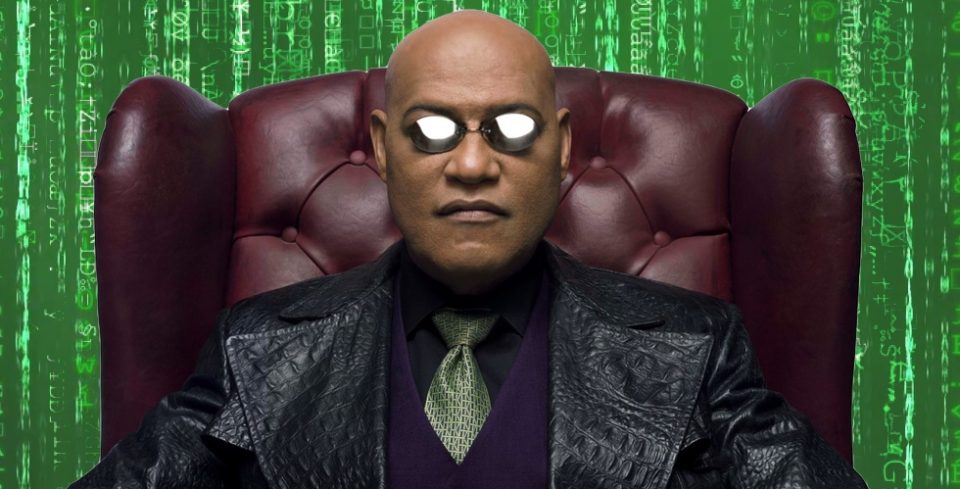 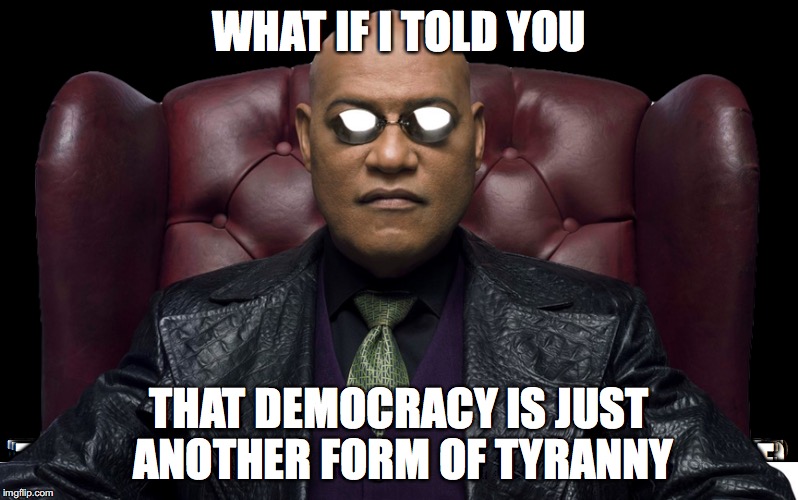 Democracy is one of the great gods of Western civilization. “We are part of something providential,” said John McCain in his August 2000 speech in support of George W. Bush. “A great experiment to prove to the world that democracy is not only the most effective form of government, but the only moral government.”

On the contrary, democracy is just another form of tyranny—tyranny of the majority, to be precise.

The flaws of modern democracy are evident enough, as are the reasons behind them. Serious problems emerge out of a situation where one group of persons authoritatively makes decisions on behalf of another group. People tend to be more responsible when making decisions for themselves than when making them on behalf of numerous constituencies—especially if those constituencies do not have a choice to obey or disobey. People spend money more wisely if it’s their own and not someone else’s (hence massive government debts). People treat property with more care if it’s their own property and not “society’s” property, hence the notorious condition of public facilities, e.g., bathrooms, sidewalks, roads, grazing lands, recreational lands, etc. People tend to treat other people with more respect if they aren’t owned by others, whether owned directly (through slavery) or indirectly (through political power).

Democracy is pluralized monarchy. The majority rules, controls, and makes decrees instead of a single person. Consensus is king. Because successful democracy represents the ‘will of the people’ (whatever that means), defenses and admiration toward the democratic system ultimately amount to self-defense and self-admiration, even if one is represented by the consensus only part of the time.

Furthermore, the democratic system authorizes the oppression of minority voices. This is an ironic twist of values for those who believe that democracy ‘gives minorities a chance’ or ‘helps the little guy.’ In each election, the majority always wins and the minority always loses. That’s the point. Laws (like the ones mentioned above) can easily be created, enforced, modified, reversed, and so on—all in conformity with the current majority opinion. And since the consensus only has an incentive to benefit itself, the election winners will tend not to pass laws that benefit the minority. Democracy doesn’t ‘give a voice to minorities;’ it systematically suppresses them. Again, the minority always loses specifically because it is the minority.

This points to the biggest problem with democracy: it is inherently violent. Majority elections are a license to systematically and repeatedly violate the freedoms of others—sometimes mildly, sometimes in the extreme. We should be reminded that both Mussolini and Hitler—along with Obama and Trump—were elected. Sallie likes her nice, clean, green, front lawn. But just because she can convince over half the people in her city of the same opinion does not mean that it is okay to threaten violence against those without a nice front lawn. Sallie also likes to eat healthy: organic, locally raised, and low-sugar food. But just because she can convince some politicians of the same does not legitimize her forcing others to own/purchase healthy foods. Although it is expensive, Sallie likes having health insurance. But just because the majority is convinced of the same does not mean it is okay to criminalize not having health insurance.

Things get worse still. Democratic violence specifically targets those who are underprivileged and least represented. This is true not only because the minority systematically loses in democracy, but also because those who get elected, as well as their key supporters, tend to be from the most powerful and wealthy tiers of society. Winning elections is expensive. (How many U.S. Presidents and Senators come from a poor background?) Over time, the powerful become more powerful and the powerless become more powerless. This process of hegemony is accelerated by crony capitalism, where large businesses are given selective favor by majority power of the government via subsidies, regulations that squash competition, special privileges, etc. In the end, politicians are owned by those who can afford to buy them. The ‘income equality gap,’ the ‘distance between the poor and wealthy,’ and other such commonly misunderstood phrases have far less to do with real capitalism and personalities than they do with an underlying political system that reinforces various such injustices.

“No institution of modern life commands as much veneration as democracy. It comes closer than anything else to being the supreme object of adoration in a global religion.” 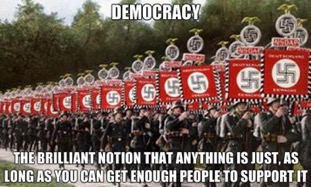