Start With Jesus As King 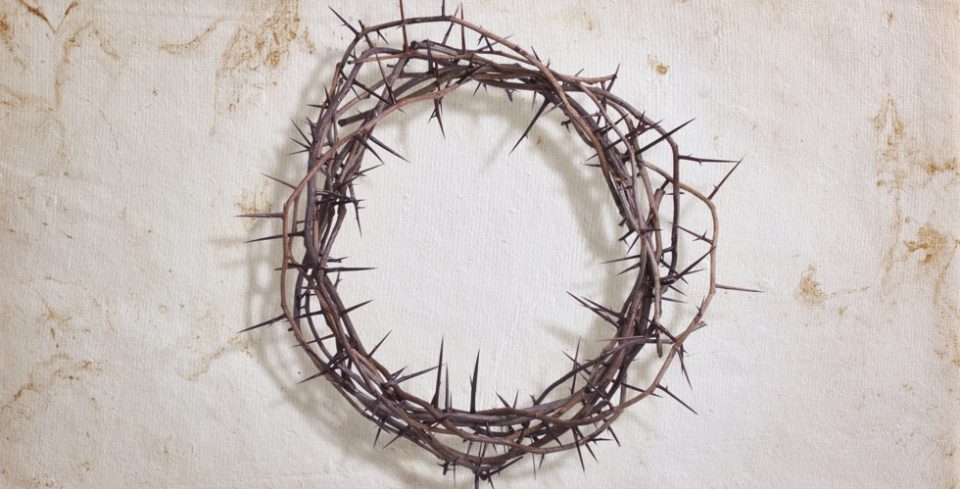 Within conservative Christianity, Liberty University’s President got his President but the ERLC’s President didn’t get his. So, the Religious Right has been othering one another this year. The Russell Moore faction of the Religious Right now uses “Religious Right” as an epithet against the Jerry Falwell, Jr. wing of the Religious Right. The guys who wanted the Mormon CIA agent to be the standard-bearer for the good, the true, and the beautiful in America don’t want to be associated with the label any longer. Those Trump supporters are the Religious Right now. In fact, if truth be told, they’re probably Alt-Right (denounce them or we’ll denounce you!). Those guys are idolatrous, not us. They are carrying their golden calf into Steve Bannon’s battles. And so we wait for Ben Sasse to declare his candidacy for President after the 2018 mid-term elections so all can be made right with politics again. There’ll be no more problem with Christianity’s reputation if folks begin to associate “evangelical” with being Sasse-y!

Christians are missing their opportunity to finally step out of a statist paradigm where no distinctions are made between government and society and political power is nearly worshipped. Trump will be the perfect scapegoat in three years. We’ll cast all our hatred, fear, division, and suspicion upon him and hope we’re successful in sending him out of the camp. Then we can get back to normal. We’ll cling to our belief that if we can just get the right person in office, this time we’ll make it work.

Trump has been so demonized that we think the problem is with this one man. Christian conservatives think the problem, along with Trump, is the Alt-Right infiltration of the Republican party. It will be a great victory if they can re-take the party and replace Trump. Then things can get back to how they’re supposed to be. Seminary presidents, leaders of denominations, and Christian professors can get back to serving on the Dignity of Life and Religious Liberty advisory boards of the good politicians (it’s not an endorsement if you’re merely serving on a board, by the way. In no way are you signaling to your people that this is who you’re supporting and they ought to too, wink wink). Politics is an idolatrous, golden calf for the Trumpists but not us.

We’re so inebriated with the lust for power and caught up in the strife of our partisanship that we fail to ever step back and ask if ruling over others is consistent with following Christ. We’re so caught up in the rivalries and personalities of the political contests that we fail to question the validity of “winning” through coercion. We’ve become blinded to the ways we’re using aggression and compulsion to create the conditions for the kingdom of God (so we think, either explicitly or implicitly).

Christian: the political figure we ought to keep our eyes on is Jesus the Christ. Forget who is President, if you can, and remember who is King. Our nation rages and the people plot in vain. We look to earthly rulers as they take counsel together and we forget that He who sits in the heavens laughs and that the Lord holds them in derision (Psalm 2). We ought to feel the weight of Christ’s kingship over the nations so heavily that the all trifling drama of partisan politics pales in comparison.

So do we withdraw? Forget about Charlottesville? Ignore the Alt-Right and Antifa? Have no opinion on taking a knee? Do nothing about immigrants? Don’t be concerned about North Korea? As Paul loved to say, may it never be! If we don’t withdraw and shouldn’t seek the welfare of the city (Jeremiah 29:7) through coercive, power-over politics, what do we do?

First, let’s firmly embrace the kingship of Christ. Jesus is our King no matter who is President. If you are a Christian, if God has taken your heart of stone and given you a heart of flesh, then you abide in Christ and Christ abides in you. You are a member of the body of Christ and the kingdom of God. So, make this paradigm shift: our allegiance to Christ and his kingdom ought to be identified so clearly, felt so deeply, and shine so brightly that all other possible allegiances are the faintest blip in comparison. Our Lord Jesus Christ “is the blessed and only Sovereign, the King of kings and Lord of lords, who alone has immortality, who dwells in unapproachable light, whom no one has ever seen or can see. To him be honor and eternal dominion. Amen” (1 Timothy 6:14-15).

We know who our leader is, Jesus. This doesn’t change every four years. We need to think and act and feel as if our real and true political leader is the sovereign King of kings and Lord of lords because he is. We fall into the trap of giving political leaders more authority and power over us than they deserve. We lazily allow our political thought and action to be formulated in contradistinction to the prevailing powers. Or, more accurately, as we perceive the prevailing powers as filtered through what the media decides to show us. We’re “not Trump” so we resist. We’re not “Alt-right” so we denounce them. We’re “not Hillary” so we vote for anyone else with a pulse. We allow ourselves to become divided according to the world’s terms. We act as if we have no core identity of our own in Christ so we end up like the double-minded man, unstable in all his ways, driven and tossed by the wind (James 1:6-8). We rage at every word and deed of Trump or whoever the “other” is for us. Knowing that we serve the great, high King should end all this (simply understanding total depravity should end this). Because all other allegiances and agendas fade away in comparison to our allegiance to and identity in Christ, we are free to be about the work of the kingdom which leads to the next point.

You are a member of Christ’s church and his kingdom. So, make this paradigm shift: your identity as a member of the church is way up here while your identity as an American is way down there. Your allegiance to the kingdom of God far surpasses your loyalty to a political party or ideology. Try this as a spiritual discipline: quit your political party. Change your registration from Republican or Democrat to Independent or none. Could you do it? Picture yourself taking all the time and attention and all the passion and visceral reactions you currently spend on your political tribe and imagine devoting all that energy to your local church. What if the passion that fuels our very important tweets were channeled into some sort of action taken together with our brothers and sisters in our local churches? We serve the world and seek the welfare of the city in the love of Christ which is unique to those who are in Christ.

In his book, Kingdom Conspiracy, McKnight writes, “What Christians want for the nation should first be a witnessed reality in their local church.” Could you imagine if Christians really believed this? We would take all the energy behind our social media posts, all the time and money spent on getting the right people into office, all the time spent debating what politicians do, and devote at least a portion of that to our churches (I do believe Christians should remain engaged with the political process but what that looks like is a subject for another time).

Let’s briefly return to the issues of the day I mentioned above. Charlottesville, Alt-Right, Antifa, taking a knee, immigrants, wars and potential wars, and on and on. What do we want for the nation after watching what happened in Charlottesville? What are the righteous and just outcomes we desired? What was behind our anger? What exactly was it that we wished to never see happen again? What would it take to prevent that from occurring in our city? How could we make this a reality in our local church and cooperatively among the churches in our city? What would it look like for this to be a witnessed reality in the church? What sort of impact would this witness have in the world?

Working to make what we desire for our nation to become a witnessed reality in the local church is really difficult work which is part of the reason we avoid it. It’s much easier to watch the news, complain, and offer opinions on social media (which I realize this article is a form of). But if Christians truly shift our identity and allegiance to Christ the King and his kingdom, the people who are governed by the King, then it would become second-nature to look at the church as our reality-making laboratory rather than the State and its various manifestations. “Us” and “we” would be the church rather than we Republicans versus those Democrats and we Americans versus those foreigners. The witnessed reality of the church is what we could persuade others to voluntarily join rather than coercing them against their will through partisan politics. Start with Jesus as King.