Freedom Is the Imitatio Christi 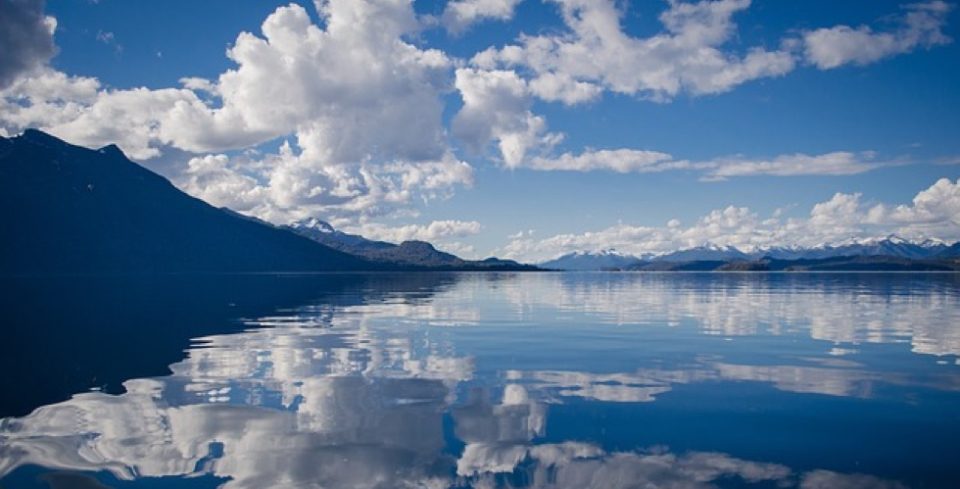 “The truth shall set you free.” — Jesus Christ

The truth, as Jesus demonstrated, is not conceptual but perceptual. That is, it is embodied, not abstract knowledge. The truth can only be discovered through living life, not through mastering a mental precept about life. All life is lived in imitation of another. We imitate enemies, friends, coworkers, parents, spouses, children, fantasy characters.

Why do so many people you know get positively consumed with what the president says or does? It is because many of them are magnetically attracted to the presidential officeholder as an avatar in which they themselves subsume their identity. If the avatar resonates with them, a sense of tribal loyalty glues them in a collective union with his every utterance and choice. If there is dissonance between one’s self-image and the avatar of the president, it creates great psychological stress as if a mirror is shining sunlight directly into your face every time the discordant figure speaks or appears.

If people do not imitate the president, either agreeing with whatever he does or being outraged by whatever he does, they will glue themselves to other figures in culture: TV stars, pop idols, football heroes, public intellectuals: we cannot escape the gravitational pull of powerful models beckoning us by their every action and word to become them.

“You are the body of Christ,” the Apostle Paul told his followers. Modern persons scoff at such quaint ideas meanwhile moving their legs and mouths and ears as the body of Trump, the body of Lady Gaga, the body of Dad, the body of Rivalrous Coworker, unaware of the real model of the desires that burn in their hearts but never seem to be quenched.

Today, a person of modern sensibilities voraciously devours a 600 page biography recounting the life and meaning of Steve Jobs because he invented things like the Ipod and the studio that brought us Toy Story. In studying the life of this late visionary, they hope to some how draw some of his essence into their own life. To imitate his insight and passion in a way that opens up a sense of satisfaction in our own activities and dreams.

Why not imitate Jesus? Why does this name make us so dumb or angry? Either we wrap him up quickly into a mental object we think we can possess. Or we insolently dismiss the mere mention of his name as some type of affront to our mastery of reason, freedom, and self-determination.

If not God, he is the greatest man who ever lived.

Because he did not dictate an ideology but offered us a choice to imitate him or not, his name acts as a kind of open source model for which people can fraudulently or sincerely use to claim inspiration.

If we want to change the world, we must be able to be the life of Christ here on Earth. Forget about trying to master the facts about Jesus. Just imitate his actions and desires.

We no longer have to build castles of ideology in which to fortify our conquests of other political bodies seeking power and domination.

Instead, we must look and see the prisoner. The mass murderer is what we are all capable of being if given the right environmental circumstances. And we can still design a place for the unrepentant violent to be set away from society so that the vulnerable are safe. But if we do that, we have to repent of our own collective tools of mass murder we call democracy and war.

The only way to grow out of the state is to not treat it as an alien “other” but as a reflection of a violence-addicted culture. A payback culture. A resentful, petty, insolent, back-biting, envious, fearfully touchy culture. Will we look and see that the laws we are too timid or bored or busy to confront like taxation actually results in humans being thrown into cages?

Will we stop letting conceptions blind us from perception?

Will we place the shackles on our greedy, no good, rules-cheating, rebellious-hearted neighbors who decide to morally object to paying for an empire that continues to incarcerate millions of nonviolent persons and bomb and economically rob (sanction) millions overseas? Will we lead them by the hand to a cold cell with a tiny window of light shining on its walls? Will we watch them use the rusted toilet in shame and loneliness? Will we listen to the cries of their children at home, wondering and waiting for their parent’s return?

Will we hold the greedy, no good, rotten, ugly, selfish, tax cheat’s hand as he walks the prison corridors for the first time, wondering what to do if he encounters other persons long stripped of their human empathy by a cycle of violence? Will we feel their heart beat tighten? Why do we not care about this? Why do we hide our eyes from this? Why do we turn these thoughts off? Is it too indecent? Then why would acquiesce to such an indecent way of community?

If we think about that prisoner’s pain in being assaulted by others in a cage he or she cannot escape from, does it make us sick? If we visualize this reality does it make us want to vomit?

If you saw Jesus’s body ripped of its flesh would it make you vomit? If you saw his mother’s helpless agony would it twist your stomach? Would you speak out about it to the soldiers guarding his cross?

It is good when we want to vomit when being exposed to the violence of our statist culture. It means we are physically ready to repent.

We should pay our taxes, but never vote for any person that keeps such a system in place. Pay more than what the state demands of us. We should do so joyfully because when bullies demand your shoes, give them your socks too. It feels better to walk through a barefoot forest than a shoed hallway anyway. A barefoot dad or mom is still better than an absent dad or mom for a child wrestling with night terrors or an aging parent trembling in fear over the fate of their own flesh and blood at the mercy of the state leviathan.

But hardly anyone ever resists the state’s funding demands long enough to get to the point of imprisonment, people protest. True. But just because a domination system is effective in creating easy compliance does not absolve its immorality and violence.

Still, there are those that actually do protest to the point of incarceration. Their names are dirtied by popular institutions of information. Tax protester Irwin Schiff died of cancer shackled to a bed. A lonely grandfather unable to hug his grandchildren.

Maybe his open defiance was unwise. Maybe some would accuse him of loving money too much. We do not know his heart. But should we thrown people away as trash for such sins against the collective? You do not think there is a way to collect your house trash if you do not treat Irwin Schiffs like trash?

Shit happens, the status quo crowd huffs. He should have not rebelled. And as Caiaphas, the High Priest who plotted to publicly cast out Jesus, we proclaim with our collective inaction and indifference to such ignoble deaths, “It is better that one man die than the whole nation perish.”

“What if we allowed Jesus to get away with calling himself King?” concerned Roman citizens asked. “I heard he’s telling people not to pay their taxes,” others squealed. “Do you know what Romans will do to us poor peasants if this kind of revolutionary is allowed to resonate with the desperate masses?”

So they killed him. And we would too. But we do not have to stay in that mindset. We can repent of it. It is possible to care about one man dying at the hands of the power system if we have the courage to know that the nation will not perish absent such a sacrifice.

People painted, sang, recited poetry, built the most beautiful buildings, all proclaiming the monstrosity of the Cross. Over time, our consciences were pricked by its vulgarity and many of our violent delights slowly lost their pleasure and effectiveness. We no longer crucify people anymore.

No city in America has a person hanging on a cross. But drive a little farther outside of town and you will see a grey building wrapped in thorns with thousands of faceless hands gripping iron bars like a collective human trash can for a myriad of nonviolent acts. Broken tail lights, minimum wage violations, raw milk, grams of heroin from American-protected Afghan poppy fields: these crosses come in many shapes and sizes. These acts are not all innocent. But as Jesus lived, do not resist evil with violence. It only begets more violence. These nonviolent crimes are no greater than our own secret sins. We would not want to be thrown away like human waste. So do not throw away others.

We must be the body of Christ. We must sacrifice our fear of our neighbors’ freedom and set them free. Only then are we free.