A Christian Defense of Capitalism 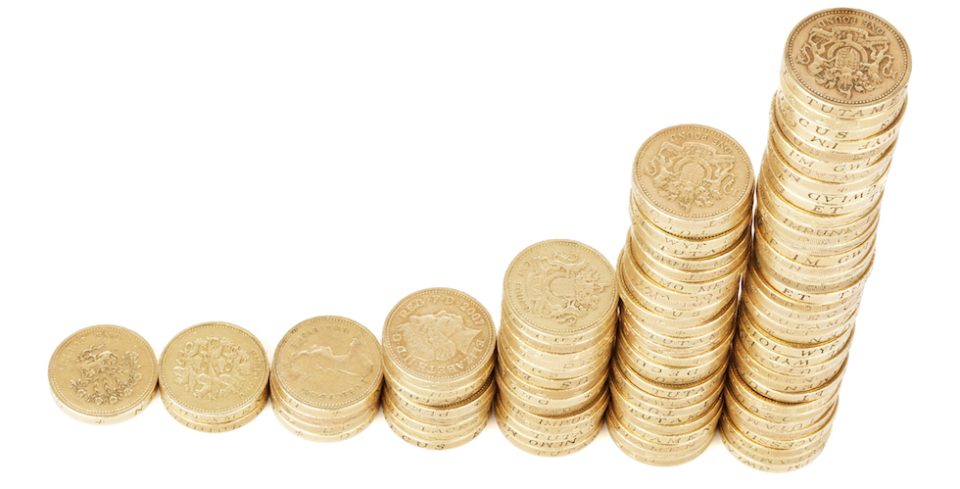 As an economist at Northwood University, I teach the history and philosophy of various economic systems. In fact, humanity knows just two theoretical forms of organizing public interactions. All real socio-economic systems that have evolved through the centuries are a mix of the two opposite ideological concepts.

One of the systems uses political coercion. The other is based on voluntary cooperation. One depends on a central plan. The other relies on individual initiative. One treats citizens as children who need motherly care from the cradle to the grave. The other recognizes people as autonomous creatures with inalienable rights and responsibilities.

One is led by charismatic leaders and wise councilors. The other is impossible without free thinkers. One comes from the barrel of a gun. The other appears peacefully and organically from the market process. The first one has many names; the most widely used today is “socialism.” The alternative is known as “capitalism.”

“What is capitalism?” you ask. Capitalism is freedom under the Law. It makes us amazingly productive and interdependent. To make a living, I have to serve my fellow men even when I fail to love them as I love myself. At the same time, they are persuaded to work for me even if they don’t care much for my wellbeing. As in the Old Testament story of Jacob’s sons selling their brother Joseph into slavery, we see a good social outcome of some not-so-praiseworthy personal motives.

Capitalism does not exist in a vacuum. In a fallen world, we need institutions protecting life, liberty, and private property. The rest is up to the “invisible hand.” It guides even the most selfish individuals to promote each other’s interests through the market. And it happens without commissars telling people what to do! I would have to be selectively blind to not appreciate the wisdom and beauty of such Divine mechanism.

Is free market capitalism a perfect system? Of course not. But none of the collectivist Utopian alternatives gets even close to its ability to satisfy our needs and protect our rights. Why? Because capitalism, like Christianity, is not about the “common good.” “Individualism,” explained Hayek, “in contrast to socialism and all other forms of totalitarianism, is based on the respect of Christianity for the individual man.”

Does the Bible support capitalism? One day I read to my kids Max Lucado’s Because I Love You. In that story, the Maker creates a beautiful village for the kids. He builds a stone wall around the village to protect the kids from the deadly forest outside. But He leaves a hole in the wall, a hole big enough for a curious child to crawl through.

At that point I was tempted with the questions: “Who would intentionally provide such an unsafe environment for a bunch of innocent kids? Is He that naïve to believe that it is enough to warn them about the danger of leaving His village?”

And then I found the answer in the words of Lucado’s Maker: “I want the children to stay because they want to, not because they have to.” God could have placed the forbidden fruit beyond the reach of Adam and Eve. He chose to put it right in their path because He wanted them to have a choice, even though He knew they would make a wrong one. Because He is not a benevolent dictator. Likewise God wants us to share our blessings with those in need, but he doesn’t want us to give to the needy because we have to; He wants us to give with a joyful heart.

Misunderstanding God’s will and human nature, we embrace the Utopian leftist notion of “social justice.” Equality before the law (the virtue of justice) is dumped as dead weight in an effort to equalize the outcomes of market interactions. But, as we know too well from history, a house not built on justice is a house divided against itself. And such a house cannot stand.

Half a century ago, Friedman raised the question: “How can we keep the government we create from becoming a Frankenstein that will destroy the very freedom we establish it to protect?” Today we are surrounded by Americans who are asking: “How do we use the government to take what belongs to others to provide for a carefree life for ourselves?”

The gravest danger for both taxpayers and welfare recipients comes from replacing the religious obligation to help the needy (the biblical tzedakah) with a coercive secular mechanism of “spreading the wealth around.” Nothing can be more ungodly than delegating to the state our Christian duties to love our neighbor. This jeopardizes much more than the political survival of America. It endangers the virtue of charity (“agape” love), the significance of which the Apostle Paul explains in 1 Corinthians 13:13: “And now these three remain: faith, hope and love. And the greatest of these is love.”

Do you like your freedom? If so, don’t forget that we live in a world of trade-offs. “There ain’t no such thing as a free lunch!” Adulthood is a package deal. We embrace the freedom to succeed. Then we must have the guts to bear the consequences of our poor choices. Yes, paying the cost of freedom is painful. Don’t run from it. Don’t ask for Vicodin. Embrace it. It is the pain that makes us stronger and wiser. Without that strength and wisdom we shall go down the road of previous empires.

We must also be careful in our opposition to statism. We should not turn freedom into an idol. After the fall of the Berlin Wall, Pope John Paul II warned that detaching freedom “from obedience to the truth” will turn it into “self-love carried to the point of contempt for God and neighbor.” Today, America is at crossroads. We have a golden opportunity. We can surrender the rest of our freedoms to bureaucratic tyranny, or we can restore the Republic. Can we persevere in these dark times? Will we preserve our liberty? Life is full of challenges. Character is built through perseverance. It is built in tribulation and suffering. And without character—there is no hope.

The eyes of the world’s tired, poor, huddled masses are still on us. What will they see behind the golden door? Is this still the land of the free? Is it no longer the home of the brave? Are we not the nation that prevailed over depressions and world wars, over fascism and communism? Are we no more one people under God? Are we still dedicated to the dream of freedom which our Creator has placed in the human heart?

“Freedom,” said Reagan, “is never more than one generation away from extinction. We didn’t pass it to our children in the bloodstream. It must be fought for, protected, and handed on for them to do the same.” Collectivists want us to go “forward.” But they are leading us toward a cliff. There’s still a chance to prevent the fall. It’s not too late to make a U-turn. How long shall we walk down the road to serfdom? When does America say: “Enough!”? If not now, when? If not us, who?