America’s Choice: Splitting Our Baby in Half 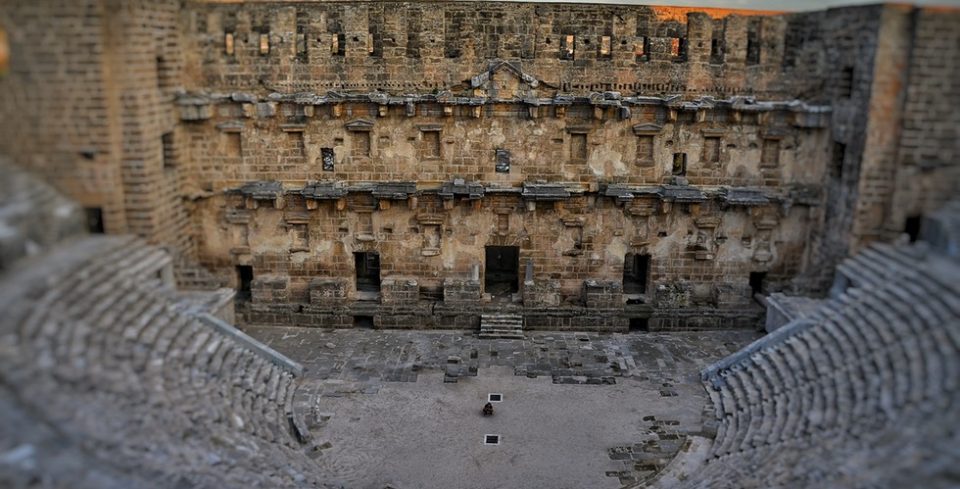 Human desire is a magnetic force. Whenever a person desires something, the desire takes hold of their whole being. Another person sees that person’s desire for an object as a kind of differentiating marker that appears wholly unlike what they themselves possess. This perceived essential differentiation of status attracts the second person to copy the desire of their model. As the second person’s desire draws him into coherence with the the magnetic attraction of the first, a subtle shift occurs in their perception. The original differentiating marker, the object that occasioned the imitation, takes on less apparent magnetic pull as the two individuals become more and more like each other.

As we know in physics, the convergence of two like charges creates repulsion.

Two rivals lock into combat almost in perfect escalating symmetry of aggression and accusation. Inside the quarrel, it appears to each rival as if the other could not be further unlike themselves. To outside observers, the rivals take on an almost mechanistic pantomime of each other’s unpleasant gestures. The more imagined difference, the more the rivals become the same in their efforts to totally defeat and vanquish the other. Each rival’s perceived distinct differentiation makes them more magnetically attracted to their opponent. Whereas, outside observers see both as having indistinguishable desires, characteristics, and actions.

A story is always the best way to remember a principle as the one I’ve just outlined. There once was a king who was known as the wisest man in the land. Two prostitutes came before his court with a violent dispute.

The second prostitute immediately interjected, “Not so. It is exactly the opposite. My child is alive. Her son is dead.”

The king, unable to distinguish between the two like rivals, called for his sword. “I will cut the living child in half so that they may each half their share!” he declared.

One prostitute shouted out, “Lord, give her the child. Just please spare his life!” The other replied, “Let him be neither mine or yours. Cut him in half!”

The wise king immediately understood. The one who wished to spare the child’s life was the true mother. He awarded her the living son.

Our culture is driven by factions vying for power over others. Each views the destiny of their lives and the future of society as the mothers viewed their children. Each faction sees their rival as killing the child, the future and well-being of their lives and their families’ lives. They both desire sole custody of the child. Currently, the means by which they seek custody of human life is the use of the state’s sacrificial violence. That is, they seek to forcibly impose their will onto their rival through law.

This is a rivalry that will only lead to death. Left, right, up, down, all ideologies are convinced that if only they had the monopoly privilege of state power, they would govern rightly. But their never-ending struggle will only result in the rending apart of rival that will ultimately repel every living being from each other. Including the destruction of human life itself.

We take turns calling for the imprisonment or impeachment or firing of each other’s heroes, each faction blinded by what they perceive to be an intractable differentiation they see in the other. The other is fully alien and deserves total domination and defeat. Meanwhile, their like charges force them to repel each other’s movement. It’s like a sick social pinball game with the ball, the perceived well-being and peace of our individual and collective lives found in defeating our rivals, ricocheting in a deadly loop of irresistible attraction and repulsion.

What will end this cynical cycle?

Sacrifice, risk, “Skin in the game,” as Nassim Taleb calls it, is the logic that generates and moves human culture. But we have a choice in how we use its power. Every day we can choose, through self-awareness, to practice self-sacrifice or sacrifice of an other. The first prostitute chose self-sacrifice. She gave up her claim of power over the life of the child. The second prostitute chose to sacrifice the life of the child.

It is wisdom that will compel us to self-sacrifice our position of advantage and power over an other that will allow our child — our well-being and our children’s well-being — to flourish. Wisdom will reward the faction that gives up its claim of privilege over the use of state power, blame games, and witch hunts against their political opponents. By giving up a right to sacrifice an other, wisdom forces a different resonance — one of nonviolence and self-sacrifice that contagiously attracts deescalation on the part of its rivals.

As the judge in the above story, King Solomon, once said, there is nothing new under the sun. Today, comedians cynically laugh and point fingers at the demise of their rivals such as Stephen Colbert’s sad glee at the public shaming and firing of Bill O’Reilly. This game of shame is so toxic I cannot even invoke certain names without triggering strong emotional reactions on the part of some readers that require disclaimers to temper such as my non-allegiance to O’Reilly’s life and views.

Our nation’s most vaunted media institutions like the New York Times mockingly tweet their political rival’s perceived smaller attendance of New England Patriots at the White House while cooing in hushed reverence when said rival randomly bombs countries they are paid to scandalize daily.

In their minds, the New York Times writers could not be more different and apart from Donald Trump. They are only mocking him to point out how distinctly grotesque his love of power is compared to their preferred president. Meanwhile, their chosen standard — crowd size — shows how infantile their own measure of success is as well. There is no difference between the rivals.

Meanwhile, The Washington Post preens an air of comparative nobility in contrast to Trump’s election with their new slogan: “Democracy Dies in Darkness.” It declares they could not be more different from this dark fascist figure they battle. And yet they too immediately ushered glowing praise of this figure the moment he illegally bombed Syrian civilians. For the Post’s guardians of democracy, war is sunshine.

But Jesus called all of us aside and said, “You know that the rulers of the Gentiles lord it over them, and their superiors exercise authority over them. It shall not be this way among you. Instead, whoever wants to become great among you must be your servant.”

Jesus offers the path of political wisdom that King Solomon foreshadowed: sacrifice your power over and hatred of your rival rather than sacrificing your rival.