Saying What Needs to Be Said About the Military 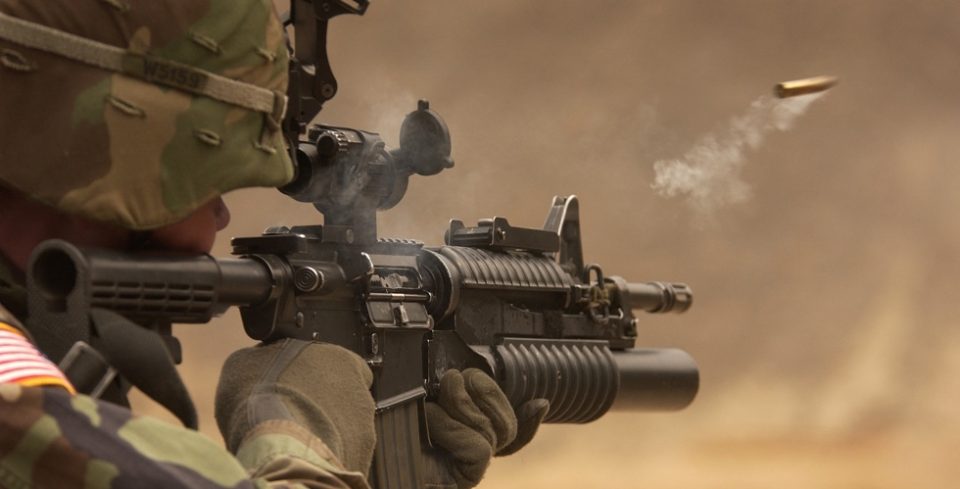 Someone has to say it. I’ve said enough about the military over the years—and received my share of threats and hate mail for it—that it might as well be me.

Before I say what needs to be said, let me first mention a tragic event and then President Trump’s two references to it.

On January 29, a U.S. Navy SEAL—Ryan Owens—was killed, three other American commandos were injured, and a $70 million Osprey was destroyed in an “intelligence-gathering operation” in Yemen at the compound of an Al Qaeda leader. The raid was the first counterterrorism operation authorized by President Trump since he took office, and Owens was the first U.S. service member to die in Yemen. U.S. Central Command acknowledged on February 1 that a team “concluded regrettably that civilian noncombatants were likely killed” and “casualties may include children.” Senator John McCain (R-Ariz.)—who never met a U.S. military operation he didn’t like—termed the operation “a failure.” Owens’ father refused to meet with Trump after his son’s body was brought back to the United States because of his anger over the raid.

On February 2, President Trump spoke at the National Prayer Breakfast in Washington, D.C. Here is what he said about the death of Ryan Owens:

I just came back yesterday, from Dover Air Force Base, to join the family of Chief William “Ryan” Owens as America’s fallen hero was returned home. Very, very sad, but very, very beautiful, very, very beautiful. His family was there, incredible family, loved him so much, so devastated, he was so devastated, but the ceremony was amazing. He died in defense of our nation. He gave his life in defense of our people. Our debt to him and our debt to his family is eternal and everlasting. “Greater love hath no man than this, that a man lay down his life for his friends.” We will never forget the men and women who wear the uniform, believe me.

February 28, President Trump spoke to a joint session of Congress in the Capitol building. Here is what he said about the death of Ryan Owens:

Ryan died as he lived: a warrior, and a hero—battling against terrorism and securing our nation. I just spoke to our great General Mattis, just now, who reconfirmed that, and I quote, “Ryan was a part of a highly successful raid that generated large amounts of vital intelligence that will lead to many more victories in the future against our enemies.” Ryan’s legacy is etched into eternity. Thank you. Thank you. And Ryan is looking down right now, you know that, and he’s very happy because I think he just broke a record. For as the Bible teaches us, there is no greater act of love than to lay down one’s life for one’s friends. Ryan laid down his life for his friends, for his country, and for our freedom—and we will never forget Ryan.

But as Glenn Greenwald has pointed out: “While there is certainly truth in the claim that Trump’s use of the suffering of soldiers and their families is politically opportunistic, even exploitative, this tactic is hardly one Trump pioneered. In fact, it is completely standard for U.S. presidents.” And like his predecessors in the “war on terror”—Bush and Obama— Trump never mentioned the dead civilians that the U.S. military left in its wake. As Greenwald again explains: “This is standard fare in U.S. war propaganda: We fixate on the Americans killed, learning their names and life stories and the plight of their spouses and parents, but steadfastly ignore the innocent people the U.S. government kills, whose numbers are always far greater.”

Trump’s comments and quoting of Scripture are screaming for a response, not because Trump is the president, but because of millions of Americans—including millions of American conservative Christians—agree with him. When it comes to the military, they think just like him: U.S. soldiers are heroes who defend the country against terrorists by fighting for our freedoms half way around the world.

Someone has to say it, so I’ll say it: Nothing could be further from the truth.

Ryan Owens died for absolutely nothing that was worth dying for.

Again, I must refer to Glenn Greenwald: “Senior Chief Ryan Owens is a household name, and his wife, Carryn, is the subject of national admiration and sympathy. But the overwhelming majority of Americans do not know, and will never learn, the name of even a single foreign victim out of the many hundreds of thousands that their country has killed over the last 15 years.”

The U.S. military is a bombing, maiming, killing machine. There is nothing positive about it. It is a global force for evil. That is what needs to be said.

*This article previously appeared on LewRockwell.com

Did you like Saying What Needs to Be Said About the Military?
You may also like These Posts: