What If Iraq Had Weapons of Mass Destruction? 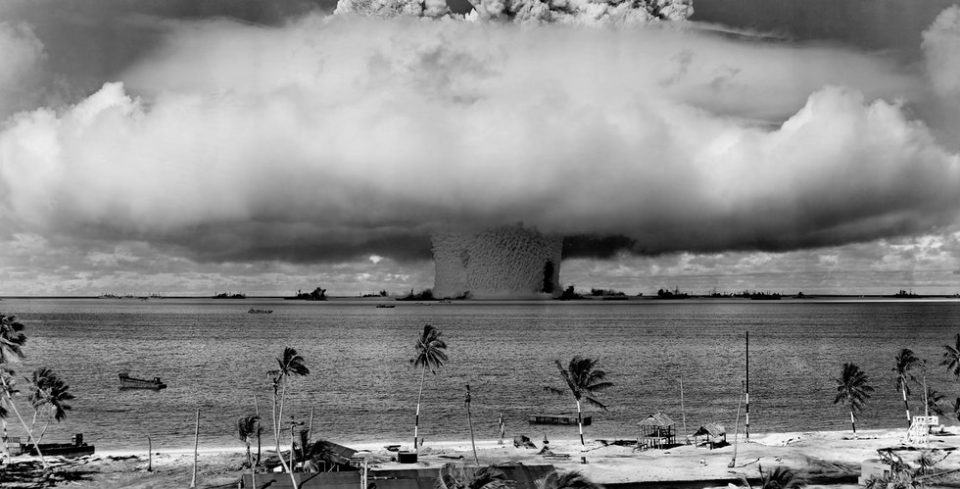 It Was All a Lie… 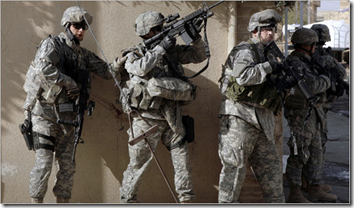 The recent revelation that the man most responsible for the myth that Iraq had weapons of mass destruction — Rafid Ahmed Alwan al-Janabi, a.k.a “Curveball” — lied should forever put that falsehood to rest.

It was Curveball’s fabrications that formed the basis of Secretary of State Colin Powell’s claims about Iraq’s alleged weapons programs in his speech before the United Nations Security Council in February of 2003 on the eve of the U.S. invasion of Iraq. That is the speech that Lawrence Wilkerson, a former colonel in the U.S. Army, a decorated Vietnam vet, and a lifelong Republican who served as Powell’s chief of staff, called “a hoax on the American people, the international community, and the United Nations Security Council.” That is the speech that Powell himself said, in a February 2005 interview with Barbara Walters, was a “blot” on his record.

As the world knows all too well, one of the main justifications for the unconstitutional, unjust, and unnecessary war of aggression against Iraq was that Iraq had “weapons of mass destruction.” In the “Authorization for Use of Military Force Against Iraq Resolution of 2002,” there are six references to Iraq’s supposed “weapons of mass destruction.”

The King Hears What He Wants to Hear

Before that resolution was passed, Vice President Dick Cheney had stated that there was no doubt that Saddam Hussein had those weapons and was amassing them “to use against our friends, against our allies, and against us.” And soon after the resolution was passed, President Bush himself insisted that Saddam was lying to the world about not having weapons of mass destruction because “he’s got them.”

We know, of course, from the Duelfer Report — the final report on Iraq’s weapons of mass destruction by the Pentagon and CIA-organized Iraq Survey Group — that Iraq had no deployable weapons of mass destruction on the eve of the U.S. invasion in March 2003, and had not produced any since 1991. Bush even admitted as much in 2005 when he acknowledged that “most of the intelligence turned out to be wrong.”

And we also know that the whole idea of Iraq’s having weapons of mass destruction was a ruse anyway. We know this not only from sources like the Downing Street Memo, made public in 2005, that Bush wanted to invade Iraq soon after the 9/11 attacks, but also from Bush’s secretary of defense, Donald Rumsfeld. In Rumsfeld’s new book, Known and Unknown: A Memoir (Sentinel, 2011), he writes about meeting with President Bush just fifteen days after 9/11 and being asked to “take a look at the shape of our military plans on Iraq.” According to Russ Baker, author of Family of Secrets: The Bush Dynasty, the Powerful Forces That Put It in the White House, and What Their Influence Means for America (Bloomsbury Press, 2008), before he was even elected president, Bush was fixated on the political capital that fighting a war would bring, political capital that his father had “wasted” after he invaded Iraq the first time.

Because the evidence that Iraq had weapons of mass destruction was so shaky, a wide variety of other ruses were given in defense of the war. A study back in 2004 documented 27 rationales given for the war by the Bush administration, war hawks in Congress, and the media between 9/11 and the October 2002 congressional resolution to use force in Iraq and concluded that it was “the Bush administration, and the President himself” that “established the majority of the rationales for the war and all of those rationales that make up the most prominent reasons for war.”

Many Americans actually believed, and perhaps still believe, that the invasion of Iraq was in retaliation for the 9/11 attacks. But as Bush himself even acknowledged in 2003: “We have no evidence that Saddam Hussein was involved with September the 11th.”

Second, if Iraq’s neighboring Islamic countries didn’t think it necessary to invade Iraq because of a perceived threat, then why should the United States have even considered it?

Third, Israel had enough tanks, helicopters, fighter jets, ships, bombs, and bullets to destroy Iraq many times over if that country actually posed a credible threat to its security. If Israel did think it necessary to launch a preemptive strike against Iraq (like it had done in 1981 when it took out an Iraqi nuclear reactor under construction), then why should the United States have even considered it?

And fifth, and most important, even if Iraq possessed nuclear, chemical, and biological weapons, there is absolutely no reason why the United States would be justified in attacking and invading Iraq or any other sovereign country — no matter what we thought of that country’s rulers, system of government, economic policies, military capabilities, treatment of women, religious intolerance, violations of civil liberties, human rights record, or nuclear program.

What should the United States have done if Iraq had weapons of mass destruction? Absolutely nothing. I think that 4,438 U.S. soldiers who died in Iraq in vain and for a lie might agree — if they still had the chance.

Originally published at the Future of Freedom Foundation on February 23, 2011.

Did you like What If Iraq Had Weapons of Mass Destruction??
You may also like These Posts:

Read More »
PrevPrevNews of the Week: On Productivity and Science
NextFederal Government will bring sight to the blindNext