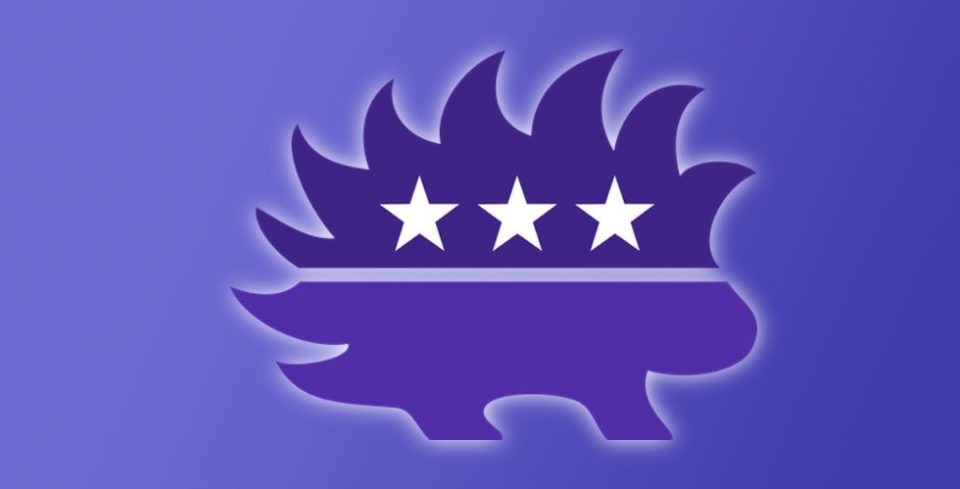 “I am getting more and more convinced that the war-peace question is the key to the whole libertarian business.” ~ Murray Rothbard

That our enemy is the state, there is no question. As Rothbard explains:

Briefly, the State is that organization in society which attempts to maintain a monopoly of the use of force and violence in a given territorial area; in particular, it is the only organization in society that obtains its revenue not by voluntary contribution or payment for services rendered but by coercion. While other individuals or institutions obtain their income by production of goods and services and by the peaceful and voluntary sale of these goods and services to others, the State obtains its revenue by the use of compulsion; that is, by the use and the threat of the jailhouse and the bayonet. Having used force and violence to obtain its revenue, the State generally goes on to regulate and dictate the other actions of its individual subjects.

The libertarian goal is ultimately a free society where the non-aggression principle is the foundational principle and individual liberty, laissez-faire, and property rights reign supreme. Standing in the way of that goal is the state. And if that weren’t already a formidable enough obstacle, the state is also actively seeking to increase and expand its power and its interventions into the economy and society.

What, then, should the priorities of individual libertarians and libertarian organizations be as they seek to stop the advances of, chip away at, and roll back the state?

It is only natural that liberals and conservatives since they seek to use the power of the state for their own ends, not only have the wrong priorities, but also many dreadful priorities that are destructive to liberty and property.

Oh, and both groups want to “save” Social Security and Medicare for our seniors.

Contrary to some of their liberal and conservative critics, libertarians are neither naïve nor intransigent. They know there will never be any magic buttons to push to immediately and completely eliminate this or that government agency or program. They are willing to accept a gradual gain or step in the right direction, as long as doing so doesn’t compromise their basic principles or detract from their ultimate goal of a free society.

The “sum of good government,” said Thomas Jefferson in his first inaugural address, is “a wise and frugal Government, which shall restrain men from injuring one another, shall leave them otherwise free to regulate their own pursuits of industry and improvement, and shall not take from the mouth of labor the bread it has earned.”

Although the following agencies of the federal government are neither constitutional nor legitimate, they are not high on my list of federal agencies that I think libertarians should spend a lot of time trying to eliminate:

Regular welfare programs like food stamps, free school lunches, subsidized housing, WIC, and Medicaid are clearly unconstitutional and illegitimate. They redistribute wealth and transfer income from “taxpayers” to “tax eaters.” Now, while welfare programs that hand out cash payments like TANF, SSI, and refundable tax credits like the EITC should and could be immediately abolished, I will be the first to admit—even though I have written extensively against the welfare state and oppose it root and branch—that, rightly or wrongly, these regular welfare programs do help a great number of people and many families are now dependent upon them. Medicare and Social Security, while both welfare programs, are a little different since they are partly (in the case of Medicare) and mostly (in the case of Social Security) funded by payroll taxes. And these are programs that have fostered dependency like none other. All welfare programs should, of course, be eliminated, but there are other things more insidious that should have a higher priority.

There are some federal agencies that benefit a select group of Americans. Three immediately come to mind, but there are certainly many more:

I have made the case against funding for the arts and for broadcasting. Since programs like these, by their very nature, benefit not just a few, but a select few who would fail a means test should one be concocted, they should be eliminated immediately or, in the case of NPR, which is funded by the CPB, sold to the highest bidder.

We have not yet reached the top of the priority ladder, but we are getting close.

Some government agencies and programs are pure evil.

Federal and state Drug Enforcement Administrations, the war on drugs, and all of the other federal and state agencies involved in carrying out the war on drugs have got to be at the top of this list. They should be eradicated and suppressed like the government’s Domestic Cannabis Eradication/Suppression Program destroys marijuana plants.

Another agency with an evil mission is the Transportation Security Agency (TSA). Not only is it unconstitutional and illegitimate for the federal government to provide security for airports and airlines, the TSA commits great evils in doing so. Things like unnecessarily inconveniencing and delaying air travel, humiliating travelers, sexually abusing passengers, operating a very expensive security theater, and forcing people to throw out tubes of toothpaste over 3.4 ounces before they can board an airplane.

The federal Department of Education must also be included at the top of the evil list. Federal interference in what is a state and local matter has been the cause of great evils. Not to mention that it is also both unconstitutional and illegitimate. Every state has a Department of Education and every county operates a school system. They, of course, have their own set of problems, but it is absolutely unnecessary for the federal government to have anything whatsoever to do with any state’s educational system.

What, then, could possibly be a higher priority for libertarians than these evil triplets?

And don’t forget about the widow and orphan twins.

Rothbard early on recognized what libertarianism’s priority should be: “I am getting more and more convinced that the war-peace question is the key to the whole libertarian business.”

Until such time as the United States returns to the foreign policy articulated by Jefferson in his first inaugural address—“Peace, commerce, and honest friendship with all nations, entangling alliances with none”—the top priority of libertarians must be to expose the evils of the warfare state.

I didn’t say the only priority, I said the top priority. Food stamps don’t kill Americans or foreigners. Foreign interventions kill both. Working to privatize local garbage collection is certainly a good thing, but libertarians need to never lose sight of the insidious nature of the warfare state and U.S. foreign policy.

Nevertheless, some libertarians seem like they are more concerned about expanding gay rights than the evils of the warfare state and U.S. foreign policy.

Don’t be one of them.