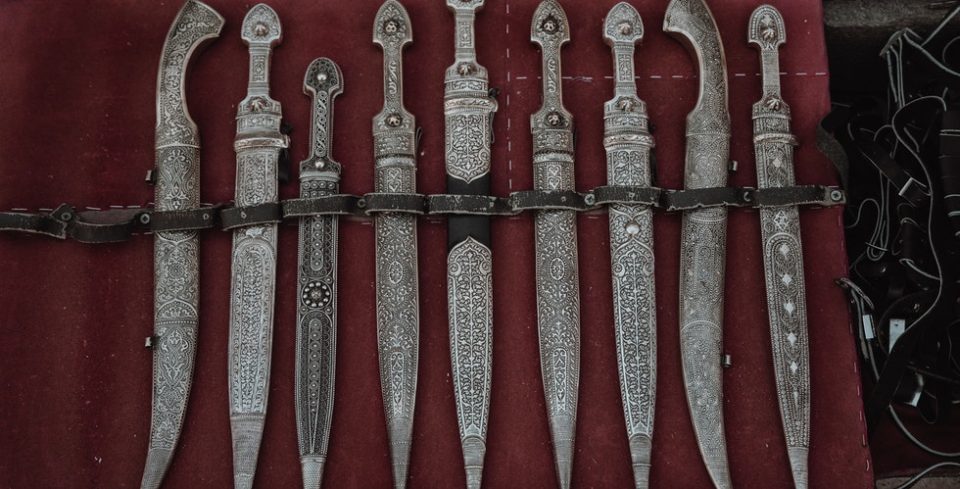 There is, of course, no such thing as an Old Testament Christian, since the disciples of Jesus Christ were “called Christians first at Antioch” (Acts 11:26), well into the first century A.D. But how else are we to describe certain twenty-first century Christian apologists for the U.S. military and its wars of aggression and occupation?

Since the LORD brought the Jews “out of the land of Egypt by their armies” (Exodus 12:2), it is perfectly fine for American Christians to join the U.S. military.

Since the nation of Israel blockaded the city of Jericho and “utterly destroyed all that was in the city, both man and woman, young and old, and ox, and sheep, and ass, with the edge of the sword” (Joshua 6:21), collateral damage by the U.S. military is defensible.

Since the nation of Israel went out to battle accompanied by priests (Deuteronomy 20:2), Christians should serve as chaplains in the U.S. military.

Since there is a “time of war” (Ecclesiastes 3:8), the U.S. wars in Iraq and Afghanistan are justified.

Since military service was required for certain members of the nation of Israel (Numbers 1:1-3), there is nothing wrong with the U.S. government drafting young men into the military.

Since we all know the Sixth Commandment’s prohibition against killing is limited to just murder (Exodus 20:13), it is okay for U.S. troops to kill Iraqis and Afghans.

Since many of the enemies of the nation of Israel were slain in battle “because the war was of God” (1 Chronicles 5:18-23), the U.S. wars against Muslim “terrorists” are of God.

Since the LORD delivered up the Canaanites to the Israelites and they “utterly destroyed them and their cities” (Numbers 21:2-3), U.S. bombing campaigns against cities filled with civilians are excusable.

Since the LORD is “a man of war” (Exodus 15:3), Christians serving in the U.S. military are doing an honorable thing.

Since the LORD commanded King David to go and fight against the Philistines (1 Samuel 23:4-5) and Saul to “smite Amalek” (1 Samuel 15:3), Christians can wholeheartedly support their government’s wars.

Since the LORD fought for the nation of Israel (Exodus 14:14), it is okay for churches in America to ask God to bless U.S. troops.

This is why I have said on more than one occasion that the worst thing about Christian apologists for war, the military, and the warfare state is not their willful ignorance of U.S. foreign policy, their blind nationalism, their childish devotion to the military, their excusing of the evil deeds of the CIA, their support for warmongering conservatives, their delusion that the GOP is God’s Own Party, their acceptance of the national-security state, or their cheerleading for perpetual war in the name of fighting “terrorism.” The worst thing about them is their continual misapplication and misuse of Scripture.

Here are twelve fundamental principles to keep in mind to keep from swallowing whole the baloney from Old Testament Christians:

The Apostle Paul said in the New Testament that whatsoever things were written aforetime in the Old Testament were written for our learning (Romans 15:4). Learning to be an apologist for the U.S. military and its wars comes, not from reading the Old Testament, but from too much of watching Fox News, paying attention to conservative talk show hosts, listening to Republican politicians, and taking seriously Old Testament Christians.