If snorting cocaine is against the law, the addict becomes a criminal. The law builds a wall between him and law-abiding citizens. He becomes not a brother we pity, love, and witness to, but a miscreant we fine and jail. Following this line, his sin does not call for our compassionate action; it calls for government intervention.” – Stephen Legate, “The Call of Christ to Freedom,” Liberty, 2003.

Opposition to the War on Drugs is one of the cornerstones of libertarian philosophy, grounded in a firm belief in freedom and self-government. Incidentally, this opposition to the drug war is one of the biggest obstacles I encounter when talking to people about libertarianism. Those on the left believe addiction is the result of chemical hooks in drugs, and those on the right believe addiction is the result of personal weakness. What both agree on is that banning drugs is the solution, and the negative consequences to addicts are deserved.

Arguments such as the importance of freedom in all personal decisions have their place, particularly in the context of broader conversations about the role of the state in society. However, we libertarians cannot only philosophize about the dangers of the war on drugs from the comfort of our armchairs. As Christians, we must also remember we are called to a higher standard. The war on drugs is not simply a war on certain substances. The war on drugs is a global conflict that has wreaked havoc for over a century. The victims in this war are not plants, but people.

This is where British journalist Johann Hari’s debut book, Chasing the Scream: The First and Last Days of the War on Drugs, enters the scene. When Hari set off on what ultimately became a three-year journey across 30,000 miles to nine countries, he had no idea what he would discover, and no agenda other than to answer a simple question—how can I help the addicts in my life?

Hari begins with a thorough treatment of the history of the war on drugs, for addiction cannot be understood without first understanding why addicts are so marginalized. He accomplishes this through the stories of three individuals: Harry Anslinger, a government bureaucrat whose crazy racism and power-hungry, fear-mongering tactics instigated the war on drugs; Arnold Rothstein, a gangster in NYC who made millions off Anslinger’s war; and jazz singer Billie Holiday, targeted specifically by Anslinger for her heroin addiction, and eventually killed by his agents.

I found this portion of the book to be excellent and eye-opening, as I had never stopped to consider how this war actually began, and why; I had merely accepted its existence, and denounced it accordingly. Hari then turns his attention from the reasons for the drug war to its victims. And this is where the book gets messy.

Most of us have cut our teeth on a myth about addiction: that exposure to the chemical hooks in drugs for a certain length of time will result in addiction. Hari presents an alternate theory. Dr. Gabor Maté, a physician who treat addicts in the Downtown Eastside of Vancouver, British Columbia, has drawn a connection between childhood abuse and drug addiction. Studies have shown that up to two-thirds of those seriously addicted to drugs have suffered severe childhood trauma or other tragic ordeals. These are the disenfranchised, the beaten down and cast out, the disconnected, rejected, and unloved.

If this is the case, we must confront the evil of the drug war head-on. Not because it is an outdated, failed, and quixotic, and not because photos of DEA agents destroying plants are going to look as silly in fifty years as images of prohibition agents dumping out kegs of wine look today, but for the sake of humanity.

“If I had to design a system that was intended to keep people addicted,” Maté says in the book, “I’d design exactly the system that we have right now. I’d attack people, and ostracize them….the more you stress people, the more they’re going to use. The more you de-stress people, the less they’re going to use. So to create a system where you ostracize and marginalize and criminalize people, and force them to live in poverty with disease, you are basically guaranteeing they will stay at it.”

“If negative consequences led people to transformation then I wouldn’t have a single patient left,” he continues, “because they’ve experienced every negative consequence in the book. Being jailed. Being beaten up. Being traumatized. Being hurt. HIV. Hepatitis C. Poverty. What haven’t they suffered yet?”

With the meticulousness of a journalist and the finesse of a storyteller, Hari brings his readers face to face with those whose lives have been forever altered by the drug war: innocent civilians caught in the crosshairs of cartels in Mexico; a former drug cop from Baltimore who joined the force to fight drugs, and left to become a lawyer and overturn the convictions of those she once arrested; a Brooklyn crack dealer conceived, quite literally, as a child of the drug war; and more. With every page, I wondered whether the stories could get any more tragic, any more horrific, and cringed as they did. When Hari recounted the tale of an addict who is confirmed to have cooked to death in a solitary cage, exposed to the Arizona sun, my heart broke.

Hari is not a Christian, nor a libertarian. In fact, he eschews both criminalization and pure libertarianism in favor of a middle ground, one where drugs are be regulated in a fashion similar to alcohol, depending on their potency. But his message is clear: everyone matters. Everyone has value, regardless of their choices or circumstances.

Chasing the Scream serves as a clarion call to all who consider themselves followers of Christ (libertarian or not). Ever so eloquently Hari throws down the gauntlet, draws a line in the sand, and forces a decision. The issue of drugs in our world is not a policy to be decided by bureaucrats who can only gain from the perpetuation of the drug war. It is not one of the morality or immorality of the user, to be judged by Christians who “don’t struggle with that.” Far from it.

As I reached the final pages of the book, I broke one of my cardinal rules of reading: I cried. This issue of the drug war and addiction is a matter of life and death. It is as much a pro-life issue as abortion. For Christians to protest outside an abortion clinic yet turn a blind eye to addicts dying from overdose behind dumpsters is shameful.

The war on drugs has long outstayed its welcome, and when it ends, I’m fairly certain we will look back at this book as being a significant nail in its coffin. Chasing the Scream is available from Amazon. Give a copy to anyone who will take it. Start the conversation. Most important, make connections. Liberty, and someone’s life, is on the line. 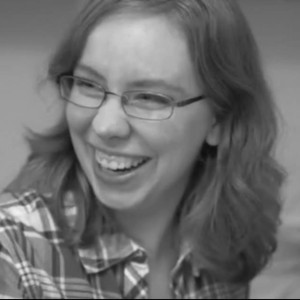 Jessica's journey from conservative to libertarian was in great part influenced by LCI. She is in the process of completing a historical fiction series and enjoys blogging and anything related to coffee, fountain pens, and Pixar.
View Author Archive

PrevPrevThe Sin of Certainty
NextMark Your Calendar for the CFL 2016 Conference!Next