Pro-Life At Home But Not Abroad 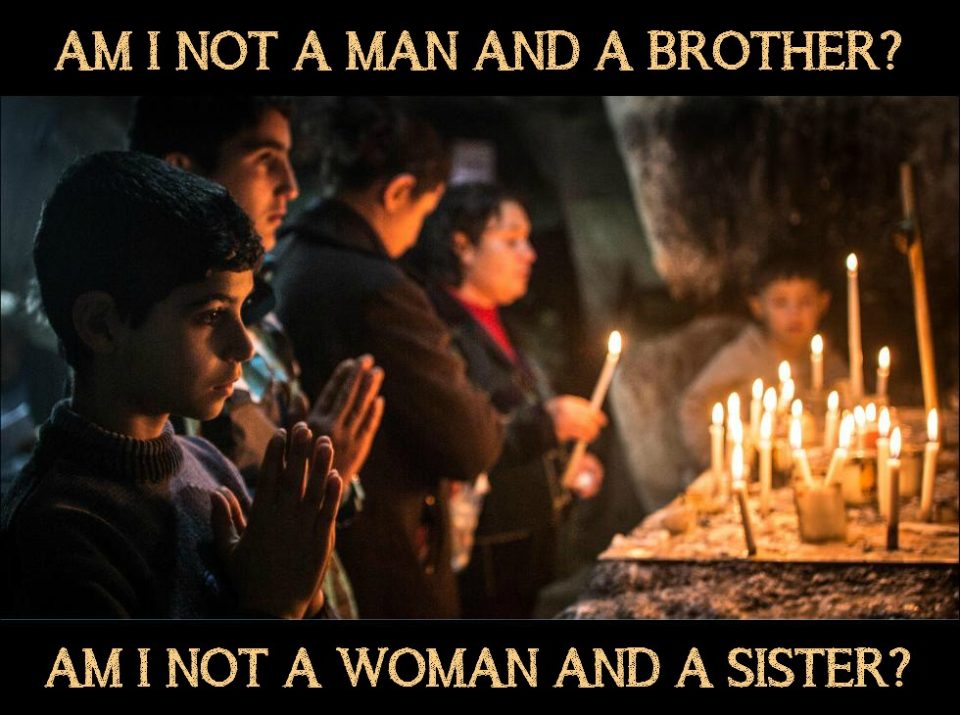 Conventional wisdom says that a Republican candidate for President will almost certainly not win the nomination unless they are sufficiently pro-life. Mitt Romney and now Donald Trump have gone to great lengths to convince voters that, despite their past track records and public statements, they are, in fact, solidly pro-life. Every GOP candidate, except Gov. George Pataki who never had a realistic chance partly due to his position on abortion, has proudly highlighted their pro-life credentials.

Conservative organizations such as National Right to Life and the Susan B. Anthony List regularly maintain pro-life score cards which are widely disseminated among Christians. National Right to Life’s current scorecard lists 11 areas of concern in the U.S. House of Representatives for the 114th Congress including bills such as the No Taxpayer Funding for Abortion Act (H.R. 7) and Pain-Capable Unborn Child Protection Act (20-week abortion ban).

All of the pro-life scorecards focus on abortion and the public funding of abortion. Depending on the congressional agenda from year to year some may address other issues such as euthanasia or infanticide. But one huge, glaring area of concern that goes unmeasured is foreign policy.

A nation’s foreign policy ought to have tremendous bearing for those of us who are passionately and rightly engaged with the issues of justice we refer to as “right to life” and “pro-life.” Pro-life organizations do address foreign policy from time to time but only when it touches upon abortion such as foreign aid to organizations that promote abortion or abortion on military bases. A case can be made, however, that the entire paradigm of what we consider to be pro-life can be expanded to include areas of foreign policy, particularly war and interventionism.

Expanding the boundaries of what is considered to be pro-life is not a new concept. For years the religious left and others have argued that pro-life continues “outside the womb too.” This was a line of reasoning used recently by Gov. Chris Christie as he argued for more funding for drug treatment programs. This approach has been used by progressives who opposed the war in Iraq. Many of the individuals using this argument were pro-abortion (or whatever alternative term they prefer) and ceased their anti-war efforts once a Republican was no longer in office, despite continuing aggressive efforts by the party they supported.

While the pro-life label could arguably be attached to several causes beyond abortion, war has the most glaring, lethal consequences for human life. In my experience, those who are ardently pro-life are often also enthusiastically pro-war. Perhaps they wouldn’t say they are pro-war. They might say they hate war but are for a strong “defense” and “security.” Regardless of the verbiage, they largely support the neo-conservative platform of interventionism, regime change, and perpetual war. A quick glance at the presidential race easily confirms this.

A telling example can be found among the fervently pro-life Christian supporters of Marco Rubio. They tell us that Rubio is the strongest pro-life candidate in the race and they may be right. They cite his eloquent response to an atheist voter and his heartfelt prayer for a man who collapsed at one of his rallies. In the eyes of many Christian voters, he’s the real deal. What I never see discussed by these supporters, however, is that Marco Rubio is also the leading proponent of the continuation and expansion of the foreign policy that has caused so much death and destruction in recent decades.

I am merely using Rubio as an example, and will not take the time to detail his foreign policy here. The point is to observe the terrific disconnect between domestic policy and foreign policy in the minds of purportedly “pro-life” Christians. Libertarian Christians have much to offer in this area. How so?

The mission statement of National Right to Life, for instance, begins: “The mission of National Right to Life is to protect and defend the most fundamental right of humankind, the right to life of every innocent human being from the beginning of life to natural death.” Notice these key elements: “right to life,” “every innocent human being,” and “beginning of life to natural death.” There is tremendous space for common ground here among conservative and libertarian Christians. I would simply encourage my conservative brothers and sisters in Christ to take these concepts which are intended to refer to abortion, infanticide, assisted suicide and euthanasia (as per NRLC’s own website) and also include war.

The effects of war in general and the recent U.S. military interventions in the Middle East in particular should be obvious to anyone by now. Countless innocent civilians have been killed. America’s regime change agenda has resulted in even more murder, rape, and oppression which has robbed innocent human beings of “the most fundamental right of humankind, the right to life of every innocent human being from the beginning of life to natural death.”

Yet pro-life Christians are enthusiastically supporting candidates for President who are calling for larger numbers of American troops on the ground, more aid to local fighters, expanded airstrikes in Syria and Iraq, and the arming of Sunni tribal and Kurdish forces. Some are even calling for the overthrow of Bashar al-Assad in Syria despite the disastrous results of regime change in neighboring countries such as Iraq. The folly of such approaches recently came to light with the news that U.S.-backed Syrian rebels are currently fighting U.S.-backed Kurdish units. Not only that but U.S.-backed Kurdish fighters are in open conflict with the U.S.’s NATO ally, Turkey. These are just two of the most recent revelations of the counter-productive results of U.S. military intervention.

The problems are not just confined to the actions of political leaders. Pro-life and Christian leaders themselves have also taken steps to undermine the right to life overseas. In a call to action referred to as Iraq Rescue, several influential Christian leaders signed on to a statement that included the following proposals:

“We call upon President Obama and the Congress of the United States to expand airstrikes against ISIS/ISIL with a view to eroding its military power, and to provide full air support for Kurdish and other forces fighting against ISIS/ISIL.  Further, we endorse the Washington Post’s call for the United States to provide arms, ammunition, and equipment to Kurdish forces, Sunni tribesmen, and others who are currently hampered in their ability to fight ISIS/ISIL by a lack of sophisticated weapons and other resources.  The U.S. should also assist with intelligence. We are hopeful that local forces, with adequate support and assistance from the U.S. and the international community, can defeat ISIS/ISIL.”

These are the same tried and failed options that continue to undermine the right to life in Middle Eastern countries. The signers of Iraq Rescue want military intervention in order to protect the innocent people who are being slaughtered by ISIS, but they fail to realize they are supporting the very actions that gave rise to ISIS in the first place (which I have addressed here).

Being pro-life is not limited to fighting for the rights of pre-born babies and the right to life extends to all human beings, not just Americans. If more pro-life Christians would become aware of what is happening in the Middle East and see how our government’s policies are directly undermining “the most fundamental right of humankind,” we could begin to see some real change toward a more life-affirming foreign policy. An election year is a good time for pro-life Christians to ask themselves, “Am I pro-life when it comes to foreign policy? What would it look like for me to be not just pro-life and anti-abortion but also pro-life and anti-war?” As you consider these questions, please visit the Resources page of the Libertarian Christian Institute and Libertarians for Life to give you more food for thought.