Ye Shall Be As Gods 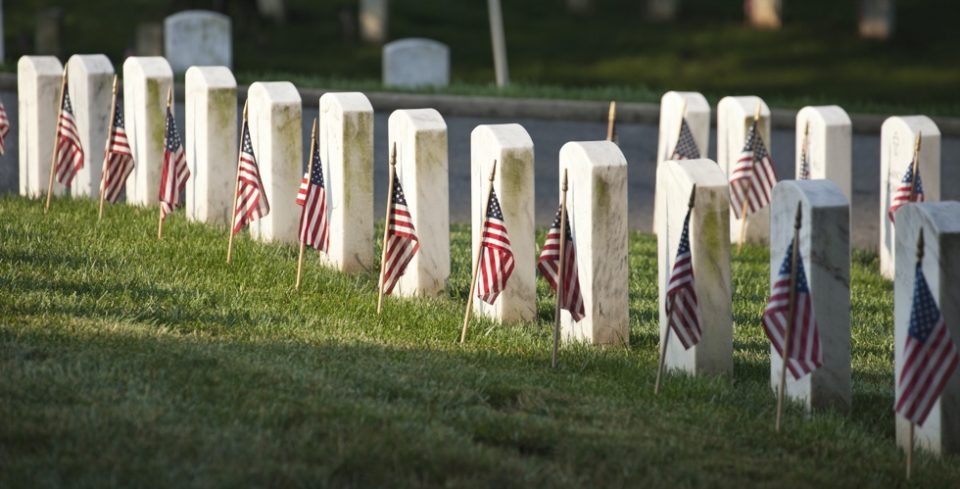 And the serpent said unto the woman, “Ye shall not surely die: For God doth know that in the day ye eat thereof, then your eyes shall be opened, and ye shall be as gods, knowing good and evil.”

The account of the temptation and fall of Adam and Eve at the hand of the serpent is one of the most known and most significant stories in the Bible. But with only two people in the world, no borders, no nation-states, no governments, no weapons, no enemies, and no armies, it is evident that this passage has nothing whatsoever to do with the military.

But that doesn’t mean that there is not a tremendous and relevant application that can still be made from it.

Every year on the Sunday before Memorial Day, Christians in all manner of churches across the country are bombarded with gross displays of military idolatry in what is supposed to be the house of God. This past Memorial Day weekend was no different.

I have witnessed much of this myself over the years. But just in case I might miss something, Christians all over the country take the time to write me and let me know of the gross displays of military idolatry that have taken place in their churches on this most unholy of all Sundays—the Sunday before Memorial Day. (It should be noted that on the Sunday before Veterans Day, although the record is flipped over, it still plays the same tune: the military idolatry concerto.)

So, what does all this have to do with the biblical account of the temptation and fall of Adam and Eve? Permit me, if you will, to reword this passage to make a point like I have reworded “The Warmonger’s Psalm” (Psalm 23), “The Warmonger’s Beatitudes” (Matthew 5:3-12), “The President’s Prayer” (Matthew 6:9-13), and “The Warmonger’s Fruit of the Spirit” (Galatians 5:22-23):

Now the military recruiter was more subtil than any soldier of the military which joined of his own accord. And he said unto the impressionable teenager, Yea, hath God said, Thou shalt not kill?

And the teenager said unto the military recruiter, We may only kill men in self-defense, and only if it is absolutely necessary:

But in all other circumstances, God hath said, Thou shalt not kill.

And the military recruiter said unto the teenager, Ye shall surely kill:

For everyone doth know that in the day ye kill a foreigner while wearing a U.S. military uniform, then your eyes shall be opened, and ye shall be as gods, being recognized as such by all patriotic Americans.

It has gotten to the point in the United States that members of the military—soldiers, sailors, airmen, and Marines—including the Guard and Reserve, and the Coast Guard, and all veterans who “served,” are gods who walk among us mere mortals. The recent account of the members of the Chris Kyle cult threatening violence, sexual assault, and death against someone who objected to their worship of Kyle is just the latest confirmation of this blasphemous military worship. This is why I say that military personnel are gods. Gods are to be worshiped. A god that is not worshiped in some way is no god. And no one is worshiped in the United States today like veterans and members of the military.

In many evangelical American churches on the Sunday before Memorial Day and Veterans Day, veterans and active duty military are not only recognized, they are encouraged to wear their uniforms to church so they can be applauded thunderously, cheered wildly, and thanked incessantly for their service. Special prayers are offered to God on behalf of those “serving” in some senseless foreign war that almost sound like they are being made to the troops themselves. Sometimes a special god who calls himself a military chaplain is asked to be a guest speaker. If the church is lucky, a color guard of gods from the local base will walk down the main aisle at the beginning of the service followed by the pianist playing the hymn of each branch of the military. The same thing happens at other times of the year on special Military Appreciation Days.

But it’s not just Christians who have elevated military personnel to godlike status. Sporting events and auto races are now secular military worship services. Anyone who “served” or is in the military is a hero. Veterans are thanked for their “service” a thousand times a day in restaurants, post offices, grocery stores, department stores, sidewalks, and street corners. Special military appreciation days with “Tribute to the Troops” events and “Salute to the Military” and “All-Star Salute to the Troops” concerts are more and more common. Discounted or free meals on Memorial Day and Veterans Day for veterans or anyone in uniform at every restaurant are now almost mandatory. These two national holidays are now wholly given over to praising soldiers, flattering veterans, repeating ridiculous slogans and poems about the military, and heaping glory, laud, and honor ad nauseam on the troops. These two holidays, along with the Fourth of July, have simply become Military Appreciation Days.

Obviously, this military blasphemy and idolatry must stop. Unfortunately, however, I think it is getting worse. Shame on libertarians who downplay or neglect the issue of the military instead of telling veterans the truth. Shame on libertarian organizations who ignore and evade the issue of the military lest they lose donors. Shame especially on conservative Christians for making gods out of military personnel when the true God says: “Thou shalt have no other gods before me.”

The wars in Iraq and Afghanistan were unnecessary, senseless, unjust, and immoral. Why would anyone thank the troops for “serving” when this means nothing more than bombing and destroying Afghanistan and Iraq, killing hundreds of thousands of Afghans and Iraqis, and making tens of thousands of widows and orphans?

Military personnel who died in Iraq or Afghanistan died in vain and gave their last full measure of devotion for a lie. They died for the imperial presidency, the U.S. empire, the national-security state, the military-industrial complex, and a belligerent, reckless, and meddling U.S. foreign policy, not for anyone’s freedom. Why would anyone elevate them to the status of a god?

There is something else that needs to be reworded as well—the old adage: Join the Army, travel the world, meet interesting people, kill them, and ye shall be as gods.