Christians and the Communist Boogeyman 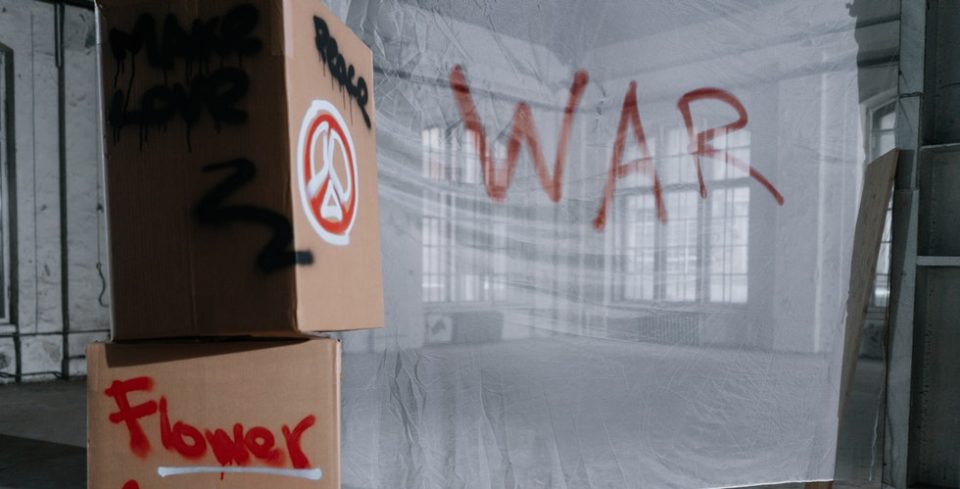 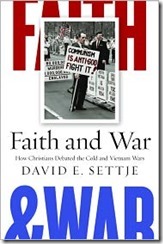 This informative book reminds us that the divide that has existed between Christians over the issues of war and militarism since World War II has usually been a theological one. I mean this in the sense that Christians with a more liberal theological outlook have generally disdained war and militarism even as their conservative Christian counterparts have generally supported these things. As a conservative Christian, I shake my head in amazement that so many of my brethren have been hoodwinked by the state to support its wars, its military, and its foreign policy, whether in the name of fighting communism or terrorism.

Between an introductory analysis of Christianity and foreign policy from 1964-1975 and a conclusion, Settje gives us four chapters with very descriptive titles:

Each chapter also ends with a conclusion. The book also contains 21 pages of notes, an extensive bibliography, and a detailed index.

Although the author writes as a neutral historian, the accurate context he sometimes gives about the Vietnam War is rather damning to the United States:

The United States between 1954 and the fall of Saigon to North Vietnam in 1975, backed a series of corrupt regimes and dictators in South Vietnam simply because they opposed communism and because U.S. leaders did not think that a viable alternative outside of a Communist government present itself.

On 2 August 1964, the U.S.S. Maddox engaged with North Vietnamese forces. A second alleged attack by North Vietnamese vessels two days later spurred President Lyndon B. Johnson to ask Congress for the right to defend U.S. interests in the region, thus gaining authorization through the Gulf of Tonkin Resolution to wage an undeclared war in South Vietnam. This occurred despite the fact that U.S. officials, including the president, already knew at the time that the second attack never actually happened.

While the United States intended for South Vietnam to become a democratic and free nation, it never lived up to this expectation. Beginning with the regime of Ngo Dinh Diem and continuing throughout the 1960s and into the 1970s, a series of corrupt dictatorships emerged that further alienated the Vietnamese in the region and subsequently engendered local hostility toward the United States.

For an even more damning account of America’s role in the Vietnam War, see Nick Turse’s Kill Anything That Moves: The Real American War in Vietnam, a book of which I said in my review: “His investigation is groundbreaking, his research pain-staking, his documentation meticulous, and his evidence irrefutable.”

The two opposing Christian attitudes toward the Vietnam War can be seen in the persons of Harold John Ockenga, the founder of “New Evangelicalism” and pastor of Park Street Church in Boston, and Martin E. Marty, a regular columnist for the liberal Christian Century. Ockenga “castigated those who called for negotiations with North Vietnam or prophesied a U.S. defeat because doing so did ‘a great disservice to a heroic people and a great cause.’” Ockenga, and other conservative Christians, “clung to a traditionalist Cold War mentality and contributed to a prowar public opinion that supported Lyndon B. Johnson’s war aims in Southeast Asia.” Marty, on the other hand, opposed the war from the beginning and “wanted the war to end immediately.” He mockingly pretended to compose a leaflet to drop over Vietnam that asked the Vietnamese not to “approach us about negotiations during 1968, 1972, 1976, or any other Election Years,” and that went on to state:

You have no idea how infuriating it has been for us to drop as much explosive power on your little nation as we did on western Europe in all of World War II, only to be told that this hardly nettles you. If negotiations are to proceed, we demand statements in advance admitting that you have been inconvenienced by our massive show of superiority.

The conservative evangelical Christianity Today, the conservative Catholic America, and the Southern Baptist Convention “continued to manifest a traditional Cold Warriorism that supported U.S. policy with few questions and despised all things Communist.” The Jesuit magazine America commingled “secular/political and religious/theological beliefs, and its editorial responses contained a hawkish tenor from the very beginning of the war in 1964.” This position allowed the magazine to “support the U.S. policy of backing dictators if they could control a region and keep the Communists at bay.” Southern Baptist writers recited the same nonsense that we hear today regarding Islam and current U.S. military interventions:

Christians have not shown enough concern for our boys who are giving their lives for freedom.

Communism must be stopped somewhere, or this Godless darkness will cover the earth.

We may with that our nation had not gotten involved in it, but we do not believe we can wisely or honorably pull out of Vietnam.

Critics who claim that we should not use force to stop the Communists are advocating a policy which will lead to Communist expansion and domination.

Throughout the book, Settje chronicles the influence of evangelist Billy Graham, who “viewed the war as imperative in the global struggle against communism.” Graham “publicly asked for support for the president and his foreign policy under both Johnson and Nixon.” Christianity Today magazine “never mentioned in any way the Kent State University or Jackson State University shootings.” Its editors even justified Nixon’s bombing of Cambodia. Settje concludes that “conservative Christians maintained a traditional Cold War fear of all things Communist” and therefore the Vietnam War was essential for protecting the United States from Communist expansion and the rest of the world from atheism.”

The liberal mainline Protestant Christian Century, the liberal Catholic World, and the United Church of Christ “came to denounce the militarism of American policy and hoped for more staid and less reactionary relations with Communist nations.” The Christian Century “disdained what it called an immoral war against a smaller nation by an imperialist invader.” The U.S. Catholic and Jubilee likewise condemned the Vietnam war. Its executive editor wrote: But we can be sure that violence will continue until enough of us are convinced that all violence is evil. Until enough of us are repelled by a boastful ‘body count’ that tells us gleefully how many ‘gooks’ or ‘slopes’ were killed in Cambodia last week. Until enough of us are horrified by people who call themselves Christians justifying killing.” The auxiliary bishop of Detroit attacked the war on moral grounds, insisting that “America’s continuing participation in the bloodletting and destruction in Vietnam, Laos, and Cambodia is without moral justification” because it was “contrary to the reverence for human life that is an essential Christian attitude.” Liberal Christians couched their arguments “in a secular/military analysis of U.S. failures in Vietnam, in a denunciation of traditional Cold War diplomacy, and in a delineation of the immorality that led U.S. leaders to continue the war and that characterized its prosecution.”

Moderate Catholic journals and the African Methodist Episcopal Church unfortunately held a “muddied middle ground.” However, there were some moderate voices in the Southern Baptist Convention who did not see the Cold and Vietnam Wars as religious battles against evil. Foy Valentine, the head of the Christian Life Commission, “denounced the Vietnam War at every opportunity.” Frank Stagg “clearly felt called to denounce the war from the pulpit, thus making it a secular, foreign-policy issue that demanded Christian attention.”

To their credit, some Christians did change their foreign policy outlook during the 1970s. As Settje explains it: “They gravitated away from total trust in the government and aligned themselves with liberal Christians who added a religious voice to the opposition to America’s militarized Cold War philosophy.”

It is clear where the author’s sympathies lie; what is not so clear is which group of Christians was right from a libertarian, constitutional, and biblical point of view.

The answer, of course, is that the liberal, left-leaning, and moderate Christians were exactly right—in spite of any political, economic, social, and theological irregularities and inconsistencies that they may have had. A broken clock is right twice a day.

The Vietnam War was a monstrous evil from the very beginning of U.S. involvement in the 1950s. After World War II, the United States supported the French reconquest of Indochina with equipment, military advisors, and 80 percent of the bill. After Vietnam was partitioned and the French left, the United States increased its intervention by thwarting the reunification of Vietnam, arming South Vietnam, supporting a corrupt and repressive government in South Vietnam, sending more military advisors, carrying out combat operations, and finally sending over 500,000 troops to bomb, kill, burn, and maim millions of Vietnamese, Laotians, and Cambodians. The United States had no business getting involved in any way in Vietnam.

This does not mean that communism was not (and is not) a great evil. According to The Black Book of Communism, its death toll in China, the Soviet Union, Cambodia, North Korea, Africa, Afghanistan, Eastern Europe, Vietnam, and Latin America is about 94 million. But it is not the job of the United States and its military to fight or contain communism. The real problem with these communist countries is not that they were communist, but that they were police states and brutal authoritarian regimes, like the United States is fast becoming—in spite of record numbers of Republicans being elected to office in the last 20 years. Communists and communist sympathizers in the government and the universities during the Cold War were more of a danger to the United States than some foreign communist boogeyman intent on destroying the United States.

Faith and War is an important contribution to our understanding of how Christians debated the Cold and Vietnam Wars.