The Antidote to Military Exceptionalism 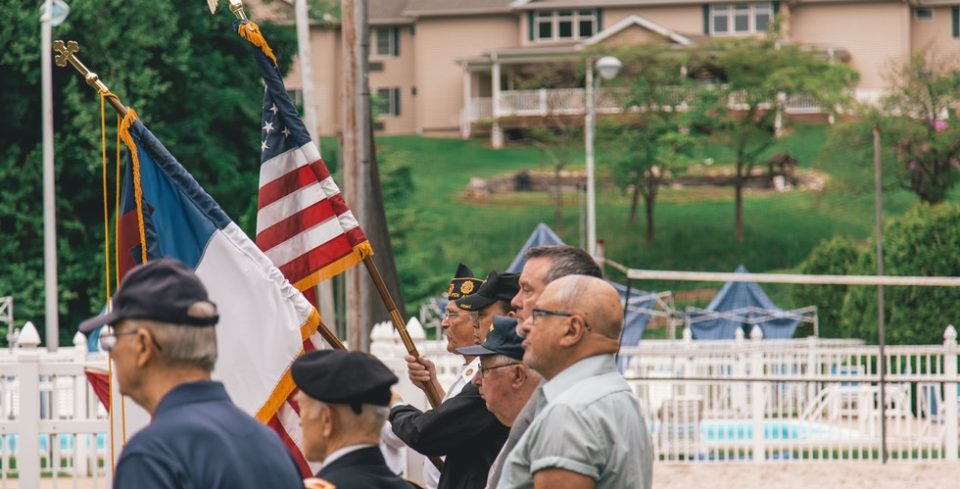 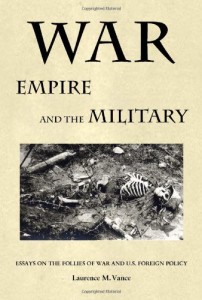 This talk was given at the Authors Forum at the 2014 Austrian Economics Research Conference at the Mises Institute.

War, Empire, and the Military: Essays on the Follies of War and U.S. Foreign Policy (hereafter just War, Empire, and the Military), cannot be fully understood without reference to the companion volume I published last year, War, Christianity, and the State: Essays on the Follies of Christian Militarism (hereafter just War, Christianity, and the State). But these books cannot be fully understood without reference to the one book that preceded them: Christianity and War and Other Essays Against the Warfare State (hereafter just Christianity and War), the second edition of which was published in 2008 and the first in 2005. This is the book I was encouraged to repudiate and shred when I took delivery from my printer. But even that book cannot be fully understood without reference to a single article titled “Christianity and War” that was published on October 29, 2003, on LewRockwell.com. It was at a conference here at the Mises Institute in 2003 that Lew Rockwell asked me to write something for him on war from an evangelical perspective. And the rest, as they say, is history.

In 2013, because the second edition of Christianity and War had already grown in size to 432 pages and I had written so much more on the subjects it contained since its publication, I ruled out a third edition because it would end up being over 900 pages.

I mention religion because some people have the mistaken notion that all of the things I write are religious in nature. Well, my book The War on Drugs Is a War on Freedom is certainly not a religious book, although it does contain an essay titled “Should Christians Support the War on Drugs?” (By the way, my answer to that question is “no.”) And although it is true that I write for theological journals, if you take a look at my article archives at LewRockwell.com, the Mises Institute, and the Future of Freedom Foundation you will see that in addition to articles on war, the military, the warfare state, the U.S. empire, and U.S. foreign policy, I write often about libertarianism, conservatism, the Republican Party, foreign aid, economics, politics, discrimination, the drug war, gambling, victimless crimes, Social Security, Medicare, taxation, free trade, the Constitution, the free society, government regulation, the state, the U.S. government, the federal budget, education, gun control, the welfare state, and health care. Nothing inherently religious about any of those things.

Although all of the essays in War, Empire, and the Military are available online, the reception of the book has surpassed my initial projections. It is certainly much more convenient to hold a collection of 127 articles in your hands instead of looking them all up online. The publication of the book has also led to an increase in sales of the book’s companion volume, War, Christianity, and the State, as more people have discovered it who evidently missed its release last year.

The cover of the book contains an actual photograph of a dead German soldier that shows in graphic detail how some soldiers end up: alone in a field, dead, far from home, forgotten, food for maggots and animals. Someone sent it to me with a note that it was taken from a French postcard issued after World War II.

I confess that I write with an agenda. The longest chapter in War, Empire, and the Military is the one on the military. And for good reason. You see, you can’t have a war without soldiers. This observation is lost on most conservatives and many libertarians. In fact, U.S. military personnel—who, in addition to bombing, maiming, destroying, invading, occupying, and killing for the state as they enforce an evil U.S. foreign policy, are also the policemen, firemen, bullies, busybodies, and social workers of the world—are the one group of government workers that many libertarians are willing to give a free pass. They may have nothing but contempt for TSA, DEA, CIA, EPA, FBI, and ATF goons, bureaucrats, and thugs, but not a word of condemnation for members of the military. They may denounce warmongering politicians, senseless foreign wars, the warfare state, the military-industrial complex, U.S. foreign policy, foreign military bases, and the destruction of civil liberties during wartime, but not utter a negative word about members of the military. They have been infected with the cult of the uniform, military exceptionalism, and the American national religion.

More than at any time in history, Americans show reverence to the military. Patriotism is now equated with admiration for the military. All former and current members of the military are heroes. Sporting events are merely an excuse to have a military worship service. Show up in a military uniform at a restaurant on Veterans Day and you will probably get a free meal. Military personnel often board airplanes before the rest of the passengers. There are announcements in airports welcoming home military personnel and thanking them for all they do to keep us safe. How many thousands of cars are there with bumper stickers proclaiming: “my son (or daughter) is serving in the military.” Businesses announce their support for the troops on their signs. Military personnel who wear their uniforms out in public are stopped and thanked for their service. Churches hold special military appreciation days. And is there anything that military personnel don’t get discounts on?

I would like to conclude with just four words: please buy my books. They are for sale here at the Mises Institute, and I will even sign them for you. Thanks for your attention and for your attendance at this conference.