Being a Constitutionalist is Not Enough 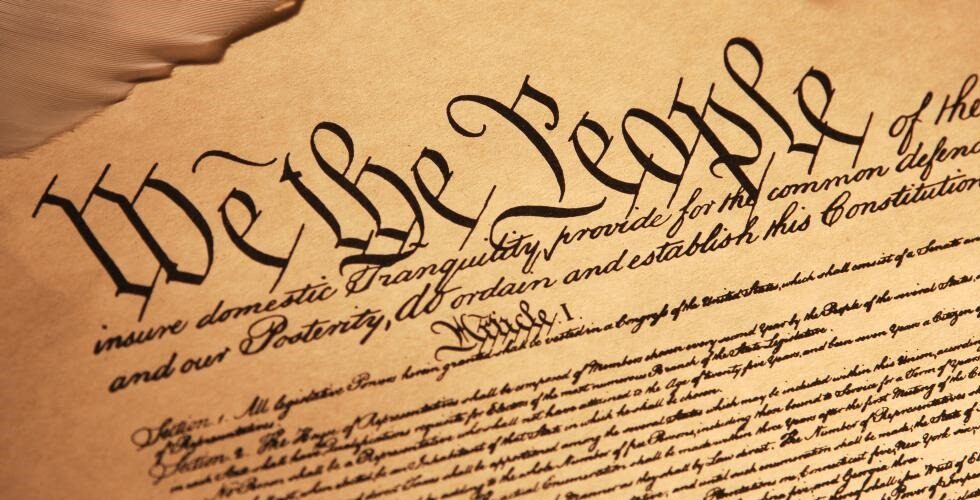 Although today is Constitution Day, the Constitution has never been as ignored and violated as it is right now.

But because the Constitution (art. I, sec. 8) grants to Congress alone the power to “declare War,” to “raise and support Armies,” and to “provide and maintain a Navy,” even some “constitutional conservatives” have recently praised President Obama for not ordering a military strike against Syria without first consulting the Congress.

But rather than illuminating the beauty of how our constitutional system works, the Syrian situation instead reveals what a flawed document the Constitution is.

This is heresy to those conservatives who idolize the Constitution and claim to revere it, all the while giving nothing but lip service to it.

And then to make things worse, suppose that Congress also instituted an additional heavy and burdensome tax to pay for the war. After all, the Constitution does say in article I, section 8, and in the 16th Amendment:

The Congress shall have Power To lay and collect Taxes, Duties, Imposts and Excises, to pay the Debts and provide for the common Defence and general Welfare of the United States;

The Congress shall have power to lay and collect taxes on incomes, from whatever source derived, without apportionment among the several states, and without regard to any census or enumeration.

This too would be constitutional.

Being a constitutionalist is not enough. The Founding Fathers talked wisely about neutrality, nonintervention, and the dangers of entangling alliances, but, unfortunately, none of this was enshrined in the Constitution. The U.S. military could invade every country on the planet and the American people could have 90 percent of their income taken to fund the invasions, but as long as Congress declared war it would all be constitutional. And then on top of that, the U.S. government—in accordance with the “takings” clause of the Constitution (“nor shall private property be taken for public use, without just compensation”)—can seize your property, pay you what it alone deems is “just,” bulldoze your house, construct a military base, and then tax you to pay you for your own house and to operate the base.

Being a constitutionalist is not enough; being a libertarian is. A libertarian foreign policy of neutrality and nonintervention declares no immoral, unnecessary, and unjust wars. It requires no bloated military budgets. And it draws no red lines.

Originally published on LewRockwell.com on September 17, 2013.