Adultery and the State–Moral Courage or Moral Busybodies? 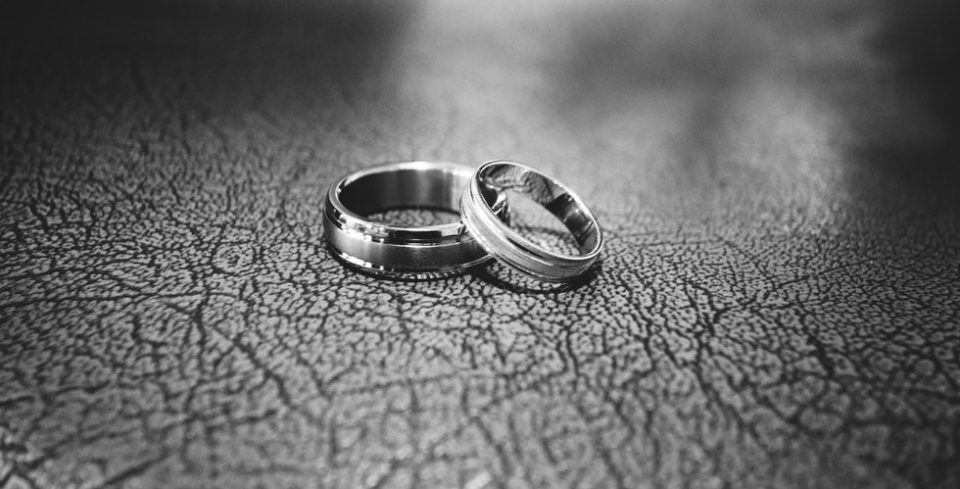 The legislature of the state of Colorado recently passed, and the governor signed into law, a bill to repeal an antiquated state law that criminalized adultery. The only thing worse than such a dumb law is an even dumber preacher who bemoans its repeal.

Colorado House Bill 13-1166 repeals two sections of the Colorado Revised Statutes. Section 18-6-501, on adultery: “Any sexual intercourse by a married person other than with that person’s spouse is adultery, which is prohibited,” and section 18-7-208, on promoting sexual immorality:

Any person who, for pecuniary gain, furnishes or makes available to another person any facility, knowing that the same is to be used for or in aid of sexual intercourse between persons who are not husband and wife, or for or in aid of deviate sexual intercourse, or who advertises in any manner that he furnishes or is willing to furnish or make available any such facility for such purposes, commits promoting sexual immorality.

Although adultery was illegal, no criminal penalty was specified. However, promoting sexual immorality was a class 2 misdemeanor.

Every “no” vote was a Republican vote. And only 4 Republicans out of 40 in the legislature voted in favor of the repeal bill. Republican Sen. Kevin Lundberg opposed the bill, arguing that the law is not archaic and that moral standards continue to be important.

I may not agree with anything else that Denver Democratic Rep. Daniel Kagan, an original supporter of the repeal bill, ever said or ever will say, but this comment he made about the bill is right on: “I see it as saying adultery is a matter between a spouse and his conscience and his God, but not his local sheriff.”

Laws that criminalize adultery or “promoting sexual immorality” are dumb laws. There is no other way to describe them. As legal scholar Jonathan Turley said in 2011 when a similar attempt at repeal failed: “These laws harken back to an earlier period, where a majority of citizens claimed the right to impose their values and morals on their neighbors. The notion of a government policing immorality runs against the grain of our constitutional system. That is more often associated with countries like Iran, where morality police roam the streets.” It is ridiculous to say, as Jessica Haverkate, director of Colorado Family Action, a political arm of Focus on the Family, did in 2011 that repealing the adultery law encourages “the moral decay of our society.” Sorry, Jessica, but the morals of society have already decayed. And no one in Colorado who wanted to commit adultery was deterred by any dumb law against adultery. Laws that legislate morality are not what keep morality from decaying. If this were so, then no adultery would have taken place in Colorado during the last century.

The only thing dumber than a dumb law is a dumb preacher who defends it.

Dr. R. Albert Mohler appears to be an intelligent man. He is the president of the Southern Baptist Theological Seminary in Louisville, Kentucky. He holds a Th.M. and a Ph.D. (in systematic and historical theology) from the seminary where he is now the president. He also teaches at the seminary and edits its theological journal. Time calls him the “reigning intellectual of the evangelical movement in the U.S.” The Chicago Tribune terms him “an articulate voice for conservative Christianity at large.” Mohler is the author of several books, writes a popular blog, has a daily podcast, has appeared on national news programs, has been widely published, and has lectured at many prestigious institutions.

Back in March, when the Colorado legislature was considering the repeal of its adultery law, Mohler weighed in favor of keeping the law on the books. Explained Mohler:

Throughout most of human history, morality and law were united and in agreement when it came to the reality of adultery and the larger context of sexual immorality. Laws criminalizing adultery were adopted because the society believed that marriage was central to its own existence and flourishing, and that adultery represented a dagger struck at the heart of the society, as well as the heart of marriage.

Marriage was not considered merely a private arrangement. Every society regulates marriage, and most have adopted clear and punitive sanctions against adultery. But the moral and cultural revolutions of the past several decades have shifted the meaning of marriage from a public institution to a private contract.

Although acknowledging that “the law in Colorado criminalizes adultery, but includes no penalty,” Mohler likes the law because it “has been, at a bare minimum, a reminder of the public nature of marriage and the societal threat of adultery.”

Governments at all levels – federal, state, and local – have too many laws. There are thousands of dumb and illegitimate laws that should be repealed by all levels of government. We should rejoice when any of these laws are repealed.

If a law is legitimate, then its purpose is never to make a statement or serve as a reminder of anything. The purpose of any legitimate law – those that criminalize aggression against one’s person or property and protect people from the violence and fraud of others – is to punish genuine criminal activity. A law without a penalty for violating it is no law at all; it is merely a suggestion.

The fact that throughout human history rulers and government bureaucrats have been nanny statists and puritanical busybodies that wanted to unite law and their concept of morality is a historical fact, but it is certainly not the way things ought to be – not if we are to have a free society.

Laws that criminalize activities that voluntarily take place behind closed doors are unenforceable. An unenforceable law is no law at all. Again, it is merely a suggestion.

Every crime needs a victim, not a potential victim, a possible victim, or a supposed victim, but an actual victim who suffers actual harm or loss. This means that over 90 percent of all federal and state laws are bogus.

Moral crusades of the nanny state fail to distinguish between vices and crimes. As the 19th-century classical-liberal political philosopher Lysander Spooner explained it:

To be a crime, adds Spooner, there must exist criminal intent to invade the person or property of another. But vices are not engaged in with criminal intent. A man practices a vice “for his own happiness solely, and not from any malice toward others.”

And finally, there is no support in the New Testament for the idea that Christians should seek legislation that would criminalize immoral behavior. For Baptist Christians like myself and Mohler, the New Testament is our rule for faith and life. Christians are making a grave mistake when they look to the state to legislate morality. Why would they even think of looking to the state to enforce their moral code? The actions of the state are the greatest examples of immoral behavior that one could possibly think of. The state exists only by stealing and killing, and then lying about it. It is not the purpose of Christianity to use force or the threat of force to keep people from sinning. Christians who are quick to criticize Islamic countries for prescribing and proscribing all manner of behavior are very inconsistent when they support the same thing here.

Let me be perfectly clear: I think adultery is always wrong. I believe it is immoral. I consider it to be a grave sin. But it is neither my business nor the business of government to keep people from bad habits, vice, or immoral activities that take place between consenting adults.

If Mohler wants adultery laws to be enforced he should volunteer to be the first to have cameras installed in his home, office, and car (with full NSA surveillance everywhere else), and be taxed to support the army of bureaucrats it will take to monitor the cameras to make sure he doesn’t commit adultery.

Laws against adultery are not what deter people in Colorado or other states from committing adultery. Religion, morality, fear, reputation, and/or family might serve as deterrents, but not dumb laws.

I don’t know if my state of Florida has an antiquated state law against adultery that is not enforced, but whether such a law exists or whether such a law is enforced has no bearing whatsoever on why I choose to be faithful to my wife.

Did you like Adultery and the State–Moral Courage or Moral Busybodies??
You may also like These Posts: