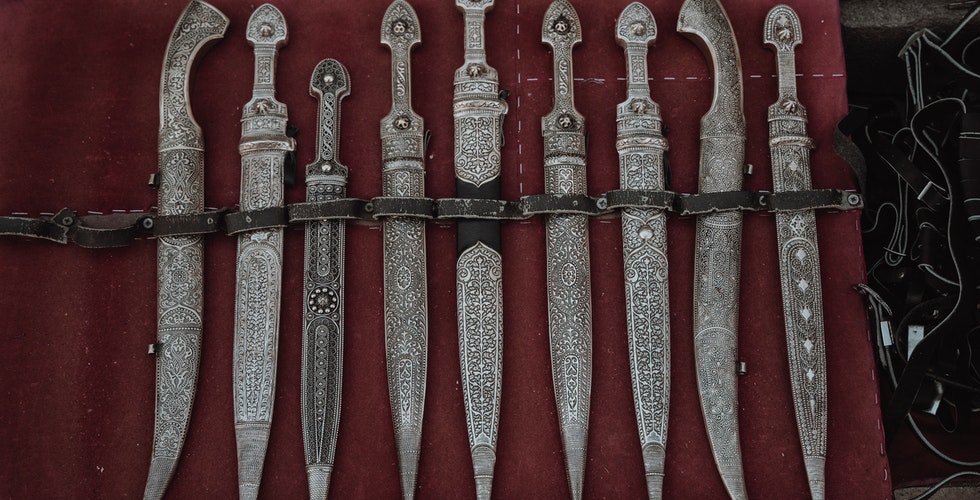 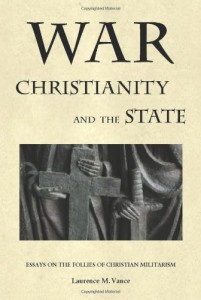 Introduction to War, Christianity, and the State: Essays on the Follies of Christian Militarism by Laurence Vance (Vance Publications, 2013), 416 pgs., paperback, $19.95.

These essays, although organized under four headings, have one underlying theme: the relation of Christianity to war, the military, and the warfare state. If there is any group of people that should be opposed to war, torture, militarism, and the warfare state with its suppression of civil liberties, imperial presidency, government propaganda, and interventionist foreign policy it is Christians, and especially conservative, evangelical, and fundamentalist Christians who claim to strictly follow the dictates of Scripture and worship the Prince of Peace.

These seventy-six essays also have one thing in common – they were all published on the premier anti-state, anti-war, pro-market website, LewRockwell.com, during the period from October 29, 2003, to March 28, 2013. The vast majority of them first appeared on and were written exclusively for that website. LewRockwell.com is the brainchild of Lew Rockwell, the founder and chairman of the Ludwig von Mises Institute in Auburn, Ala., and a leading opponent of the central state, its wars, and its socialism.

Thirty-five of the essays contained in this work originally appeared in the second edition of the author’s book Christianity and War and Other Essays Against the Warfare State, published in 2008. Four of them appeared there and in that book’s first edition, published in 2005. In addition to essays relating to Christianity and war and Christianity and the military, that book also included essays on war and peace, the military, the war in Iraq, other wars, and the U.S. global empire. Although a third edition was planned, two things served to redirect my intentions.

Because the second edition had already grown in size to seventy-nine essays in 432 pages and I had written so much on these subjects since its publication early in 2008, a third edition would just be too large of a book if I tried to include everything I had written on these subjects since the publication of the second edition. Additionally, since one part of the book and much additional material consisted of essays with a decidedly Christian theme, while the other part of the book and much additional material was more secular in nature, it seemed best to organize the existing and new material along these themes. So, instead of issuing an unwieldy one volume third edition, I opted to collect all of the former material into War, Christianity, and the State: Essays on the Follies of Christian Militarism, and issue the latter material in a companion volume titled War, Empire, and the Military: Essays on the Follies of War and U.S. Foreign Policy.

Each essay is reprinted verbatim, with the exception of the correction of a few minor errors. It should be noted, however, that the original spelling, capitalization, and punctuation are followed in all quotations. Because they were published on the Internet, most of the essays originally contained numerous links to documentation and further information on the Web that the reader could click on if he desired. Because this feature is not possible in a printed format, the reader is encouraged to consult the online versions of each essay at LewRockwell.com where they are archived. Many of the essays also originally included pictures, which, for space considerations, are not included here.

Although many of these essays reference contemporary events, the principles discussed in all of them are timeless: war, militarism, the warfare state, and especially the proper Christian attitude toward these things. The essays in each chapter are listed in their order of publication. Each chapter as well as its individual essays can be read in any order.

The books listed at the close under “For Further Reading” include not only some of the more important books referenced in the essays, but other recommended works that relate in some way to Christianity and war, the military, and the warfare state. Most of them are available from Amazon.com. The inclusion of any book should not be taken as a blanket endorsement of everything contained in the book or anything else written by the author.

It is my desire in all of these essays to show that war and militarism are incompatible with biblical Christianity.

Purchase War, Christianity, and the State: Essays on the Follies of Christian Militarism at Amazon.com through an LibertarianChristians.com link and continue to support the work of LCC.