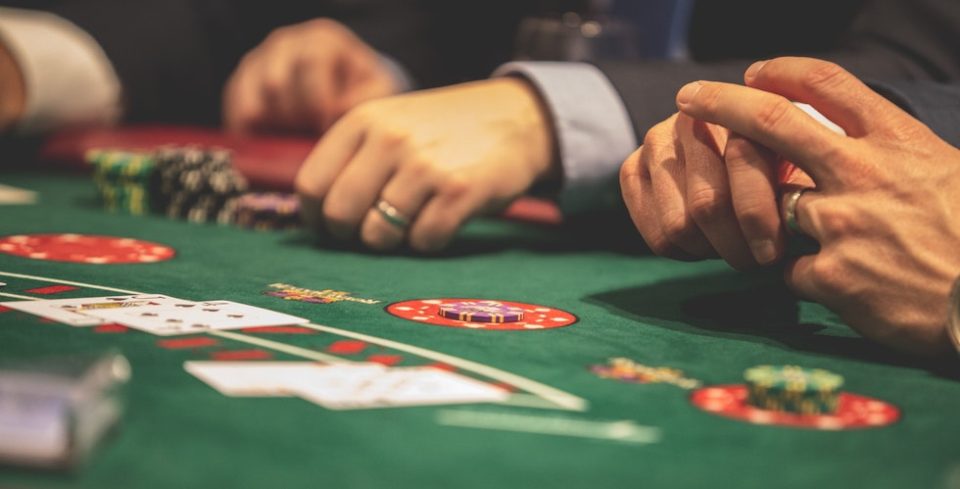 There is no disputing the fact that gambling can be addictive and financially ruinous. In some cases, compulsive gamblers might even neglect their family, ruin their physical and mental health, and turn to crime to support their habit.

But even if these problems are not widespread and there is relatively little chance they would ever happen, some people still oppose gambling because they see it as a wasteful, immoral vice or sin with horrible odds of winning that takes advantage of those least able to afford it.

Some religious conservatives must not have gotten the memo.

The Southern Baptist Convention Ethics & Religious Liberty Commission, the National Association of Evangelicals, and Focus on the Family all recently spoke out in opposition to a bill that would ostensibly legalize online poker.

The Internet Gambling Prohibition, Poker Consumer Protection and Strengthening UIGEA Act of 2012, which was never actually introduced, was co-authored by Senate Majority Leader Harry Reid (D-Nev.) and Senator John Kyl (R-Ariz.). Time simply ran out to get the bill through Congress in 2012. “I am disappointed,” said Reid, who served as chairman of the Nevada Gaming Commission from 1977 to 1981, but “remain committed to this issue and it will be a priority for us in the new Congress.”

We cannot support any effort that grants government sanction to any form of gambling.

Your bill not only does that but also creates a regulatory mechanism that is certain to be used to introduce other forms of Internet gambling in the future.

No amount of regulation or taxation could make such legalization a winning proposition for America.

We know all too well the destructive power of online gambling. It is ruinous not only to those who engage in the practice but also to their families and society as a whole. With its addictive lure, Internet gambling often leads to broken marriages, child neglect, and depleted finances, among other devastating consequences.

Land had previously written to Representative Joe Barton (R-Tex.) after he introduced a bill in the House to legalize online gambling.

“Pastors regularly see the destructive impact of gambling on families and children,” said National Association of Evangelicals president Leith Anderson in a Dec. 11th statement. “Those problems will increase if gambling moves from buildings to home computers.”

“This is being disguised as a protective bill, if you will, that would limit gambling, but in fact … this is just a precursor bill” to opening the Internet to casino gambling a few years from now, said Chad Hills, gambling analyst for Focus on the Family, in a December 11th online interview.

The proposed Reid/Kyl bill would have legalized online poker in the sense that it reaffirmed the illegality of most online gambling in the United States and create a bureaucracy in the Treasury Department, the Office of Online Poker Oversight (OOPO), to assign licenses to online poker platforms and approve as “qualified bodies” to issue licenses states and Indian tribes. In other words, the bill would have further increased the federal government’s regulatory oversight of the gambling industry.

But that’s not all, one analysis of the bill said it was

a self-serving piece of legislation that protects large Nevada-based casinos at the expense of consumer choice. The bill in effect criminalizes just about any other form of online wagering, while providing a tiny carve-out for online poker companies in a way that protects Nevada against competition from any other state in the nation.

The Las Vegas Review-Journal described the bill as “a priority for several Nevada casino companies seeking a lucrative new and national market for their brands and for poker players seeking legal and federally regulated online games accompanied by consumer protections.”

But let’s assume for a moment that the bill would have abolished all federal government restrictions and regulations relating to online gambling of any kind. Should Christians then have opposed the bill because it weakened gambling laws?

Note that I did not ask the question: “Should Christians support gambling?”

The nature of gambling and its negative effects are well known. And certainly every Christian is familiar with the biblical account of the Roman soldiers casting lots for Christ’s garments after they crucified him (Matthew 27:25).

The decision to gamble or not to gamble should always be an individual decision, made on the basis of culture, morals, religion, risk aversion, and financial status, and in consultation with family, friends, church leaders, and economists.

The decision to gamble or not to gamble should never be a government decision.

The question is whether Christians – individually, or collective through the Southern Baptist Convention, the National Association of Evangelicals, or Focus on the Family – should support gambling laws.

First of all, the Constitution nowhere authorizes the federal government regulate or prohibit any form of gambling. Just like the Constitution nowhere authorizes the federal government to regulate or prohibit any other vice, immoral activity, sin, or bad habit. Christians who support gambling laws, at least on the federal level, are anti-Constitution, anti-Founding Fathers, and anti-American; that is, they are opposed to everything they claim to revere and hold sacred.

Second, it is not the purpose of government at any level to prevent people from wasting their money, taking excessive risk, having bad habits, engaging in vice, acting immorally, or making bad decisions. It is a perversion of government to do so. Laws that regulate or prohibit gambling are impossible to reconcile with a limited government and a free society.

Third, in the words of the famed nineteenth-century classical-liberal political philosopher Lysander Spooner, vices are not crimes:

I referenced above Leith Anderson of the National Association of Evangelicals. He opposed the legality of online gambling because “pastors regularly see the destructive impact of gambling on families and children.” He believes that “those problems will increase if gambling moves from buildings to home computers.” But if Anderson were just as concerned about the destructive impact of divorce on families and children and how divorce has increased among Christians over the years, then perhaps we could take him more seriously.

It is unfortunate that many Christians look to the state to enforce their moral code. One need not teach his children not to gamble when it is much more expedient to clamor for laws that make it illegal to do so.

Originally posted on LewRockwell.com on January 7, 2013.