Who should support the disabled? 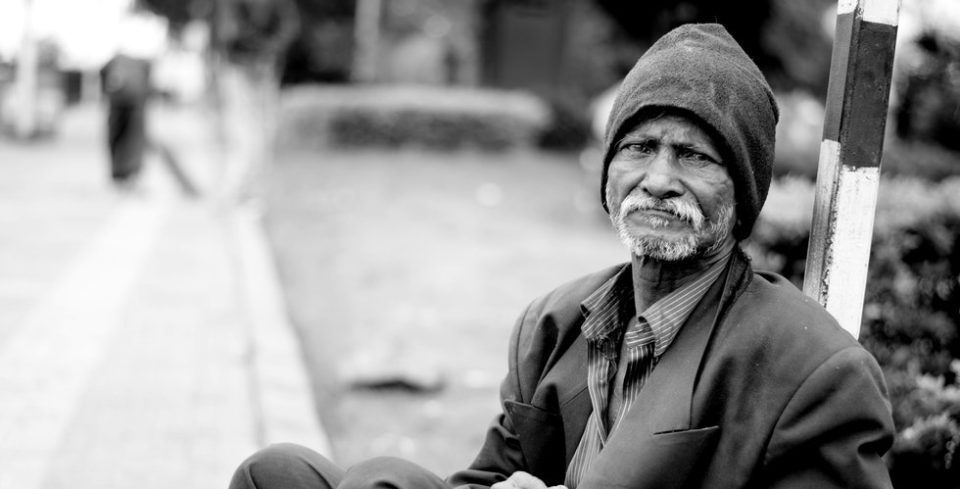 This article originally was published at the Future of Freedom Foundation on December 26, 2012.

Some of the most terrifying words the parents of a newborn will ever hear are “there is a problem with the baby.” Sometimes the dreadful news comes later after a tragic childhood accident or disease. When such children grow to adulthood they are joined by an even larger number of those who lived perfectly healthy lives as children only to become disabled in some way as adults.

Adults with a disability of some kind are many times unable to work or unable to make enough money from working to support themselves or their families, especially during periods of economic downturn like the past few years. They usually have less education and fewer assets than the general population. The question, then, is, Who should support the disabled?

This is not a question that has a definite legal or moral answer. In the case of children, the answer, legally and morally, is obviously the parents. And the same is true in the case of adults who have been unable to care for themselves since childhood. In the case of most adults, though, the party ultimately responsible for their support is themselves. If someone is unable to provide for his own support, then the case might be made that it is his family who bears that responsibility. But that is a moral, not a legal, issue.

Outside of someone in one’s immediate family, it cannot be said that any person is legally obligated to support another person. Whether someone is morally obligated to do so depends on his religion, spirituality, ethics, or moral philosophy.

Until the advent of the New Deal, that was the American way for generation after generation, beginning even before the founding of the Republic. Alexis de Tocqueville wrote in his Democracy in America about the American spirit of voluntary association and voluntary effort for the common good after his visit to the United States in 1831-32. More recently, Marvin Olasky, in The Tragedy of American Compassion (Regnery, 1995), has documented the extraordinary service rendered throughout American history by charitable organizations. And as Acton Institute president Robert Sirico explains in his new book, Defending the Free Market: The Moral Case of a Free Economy (Regnery, 2012), the rise of Western civilization brought with it the most extensive network of care for the vulnerable and needy the world had ever seen.

But to some, reliance on private philanthropy, benevolence, and charity is not enough. Indeed, to the paternalist, the statist, and the government bureaucrat looking for job security, it is never enough. The government must set up a safety net, so they say or imply, to ensure that the disabled and disadvantaged are not neglected and pushed out into the street to fend for themselves.

Currently, about 60 percent of SSI recipients are disabled adults (ages 18 to 64), about 15 percent are disabled children (under age 18), and about 25 percent are aged adults (age 65 or over) with or without disabilities. SSI recipients generally are eligible for health insurance through Medicaid, and many also participate in other income-security programs that provide federal support to low-income people.

To qualify for SSI, recipients must demonstrate that they have a disability preventing them from participating in “substantial gainful activity.” For 2012, that means work that results in earnings of more than $1,010 a month. Those who are 65 or older don’t have to be disabled; they can qualify for SSI on the basis of low income and assets alone.

The current maximum monthly SSI payment is $698 for an individual or $1,048 for a couple. The average monthly payment is about $500. Forty-four states and the District of Columbia supplement federal payments for some or all recipients. The average state supplement is about $120 a month. States also can choose to provide payments to those who are ineligible for federal SSI because they have too much income.

SSI recipients often participate in other welfare programs such as Social Security, Medicaid, TANF, and food stamps. However, the value of any benefits they receive from those or other forms of assistance from state or local agencies is considered “not countable” in determining total income.

There are two problems with the SSI program that the government itself recognizes: it discourages work and it encourages fraud.

As acknowledged by the CBO’s new report on SSI,

Any program that provides benefits only to low-income applicants who have few assets will, to some extent, discourage work and saving. SSI is intended to provide income to adults with limited financial resources who cannot perform substantial work, but the dividing line between those who can and cannot perform substantial work is not always clear.

Millions of dollars are lost each year from fraud perpetrated against SSI by unscrupulous claimants and/or their representatives, and prosecution of SSI fraud remains one of the most important priorities of the United States Attorneys’ offices in cooperation with the Social Security Administration Office of Counsel to the Inspector General. The opportunity for fraud is enhanced because SSA is an agency that has, historically, made extraordinary efforts to ensure accessibility to its benefits programs by qualified Americans.

Fraud is an inherent risk in SSA’s disability programs, and abuse in the SSI program is particularly prevalent. Some unscrupulous people view SSI’s disability benefits as money waiting to be taken. A key risk factor in the SSI program is individuals who feign or exaggerate symptoms to become eligible for disability benefits and those who fail to report changes in resources or other circumstances that would make an SSI recipient ineligible to continue to receive SSI benefits payments.

But even if SSI didn’t discourage work and encourage fraud, even if it didn’t “crowd out” support for the traditional institutions that once cared for the vulnerable and disadvantaged, and even if it didn’t foster dependency on the government, it still suffers from three fatal flaws — flaws that libertarians see as insurmountable.

Second, forcibly taking money from one American and giving it to another American — even because the other American is underprivileged, disabled, could put it to better use, or just simply “needs it” — is not charity. It is coercion, theft, and wealth redistribution.

And third, even if authorization for SSI were in the Constitution, and even if it were voluntarily funded by donations, it would still be an illegitimate function of government to operate a welfare program. Republicans who talk about limited government and disparage entitlement programs, but then make an exception for children, for the disabled, for the sick, for the homeless, for the needy, or for the “truly poor,” show just how little they care for the principles of free markets, volunteerism, privatization, and limited government that they claim to hold so dear.

One of the glories of libertarianism is its consistency. As Future of Freedom Foundation president Jacob Hornberger recently wrote,

Freedom for us is defined by the absence of government paternalism.

No government welfare programs under libertarianism. No income tax and IRS. No confiscation and redistribution of wealth at all. No mandatory charity programs. A total separation of charity and the state.

But if there is to be a total separation of charity and the state, then who should support the disabled? The answer is the same as the question of who should feed the hungry, clothe the naked, house the homeless, and help the poor — anyone but the federal government.