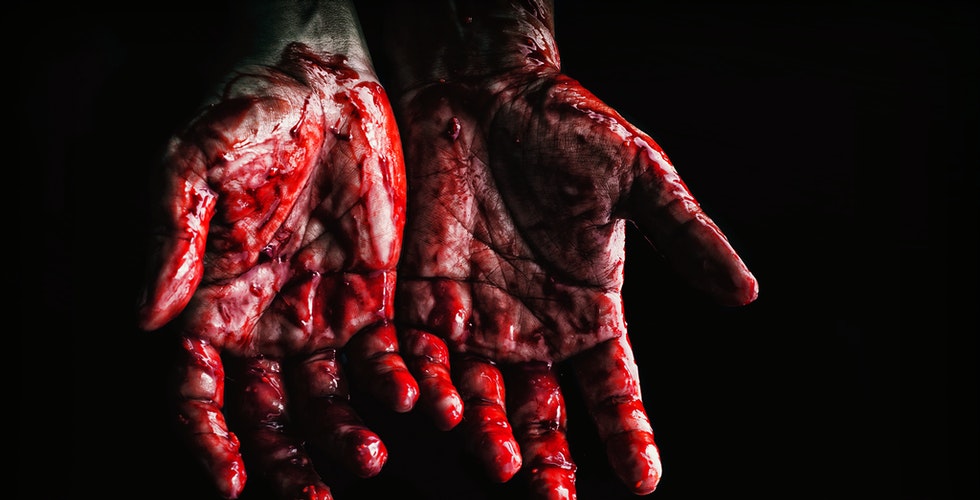 Is killing another human being ever justifiable? Is committing acts of violence ever permissible? Is murder ever legitimate?

In an otherwise good article on self-defense, “The Use of Deadly Force in Self-Defense,” a Christian writer in the Berean Searchlight looses his way when he brings up the subject of killing in war. Here are the relevant paragraphs:

War is another area where the taking of human life is legitimate in the eyes of God. When the soldiers asked John the Baptist, “And what shall we do?” it is true that John advised them to “do violence to no man” (Luke 3:14). However, these instructions must be considered in light of the fact that he did not insist that these soldiers quit being soldiers. This means that the violence in which he forbad them to engage must have had to do with some sort of illegal violence. The Greek word for violence here has the idea of shaking, and just might be the idea behind our modern word shakedown, the illegal use of power or authority to extort money from people. The rest of John’s words here would suggest that this is what he had in mind, as he went on to tell them to “be content with your wages.”

We know from Ezekiel 45:9 that the orderly execution of judgment and justice by soldiers in the line of duty is not considered violence, for here God says to “remove violence” by engaging in the execution of judgment and justice. In addition, David said, “Blessed be the Lord my strength, which teacheth my hands to war, and my fingers to fight” (Psa. 144:1). Clearly, the taking of human life in times of war cannot be a sin if God Himself taught David how to be good at it.

The writer’s opening and closing statements are not only irresponsible and careless; they are also evil and dangerous.

On John the Baptist and soldiers, since I have written an entire article on the subject here. I will just say:

1. Is not killing in an unjust war the highest form of violence?

2. Too much should not be read into John the Baptist not telling soldiers to quit since the Apostle Paul likewise never told slave owners to free their slaves (Ephesians 6:9; Colossians 4:1).

3. Nothing said or not said by John the Baptist or done or not done by Roman soldiers can justify the actions of the U.S. military in Iraq or Afghanistan.

The context of the passage the writer refers to in the book of Ezekiel speaks of a future time when the princes of Israel shall no more oppress the people of Israel (Ezekiel 45:8). It has nothing whatsoever to do with soldiers, then or now. Just read it: “Thus saith the Lord GOD; Let it suffice you, O princes of Israel: remove violence and spoil, and execute judgment and justice, take away your exactions from my people, saith the Lord GOD” (Ezekiel 45:9). It also doesn’t say anything about how anyone is to “remove violence,” although it seems clear that stopping the committing of violence is what is meant. One thing is for sure, it certainly doesn’t say to “‘remove violence’ by engaging in the execution of judgment and justice.”

It does not follow that because the Lord taught David to fight and war for him as the leader of the Old Testament Israelites that the taking of human life in times of war cannot be a sin.

It is wrong to invoke the Jewish wars of the Old Testament against their enemies as a justification for the actions of any government and its military. Although God sponsored these wars, and used the Jewish nation to conduct them, it does not follow that God sponsors other wars, any country is God’s chosen nation, any country has a divine mandate to wage war, any leader is like King David, or that any army is the Lord’s army.

The LORD commanded the children of Israel to “destroy” the altars of the Amorites, the Canaanites, the Hittites, the Perizzites, the Hivites, and the Jebusites, “to break their images, and cut down their groves” (Exodus 34:11-13). Does this mean that the U.S. military should invade Muslim countries and destroy their mosques? Only to imperial Christians.

And besides, David obviously abused his skill set because the Lord said to him: “Thou shalt not build an house for my name, because thou hast been a man of war, and hast shed blood” (1 Chronicles 28:3).

I said that the writer’s opening and closing statements were evil and dangerous. Take a look at them again:

War is another area where the taking of human life is legitimate in the eyes of God.

Clearly, the taking of human life in times of war cannot be a sin if God Himself taught David how to be good at it.

Notice that the writer did not offer any caveats; killing in war is legitimate and is not sinful.

This means that not only are U.S. troops off the hook for killing tens of thousands of people in Iraq and Afghanistan (and millions in Germany, Japan, Korea, and Vietnam), but that German soldiers who killed Polish, Russian, British, French, and American soldiers in World War II did nothing legitimate. It also means that Japanese soldiers in World War II did not sin when they killed Chinese or American soldiers. The writer’s blanket and careless statements mean that no soldier who ever has taken the life of “the enemy” while engaged in war has ever done anything illegitimate or sinful. This is ludicrous.

Murder can never be legitimate.

Originally posted on LewRockwell.com on December 11, 2012.