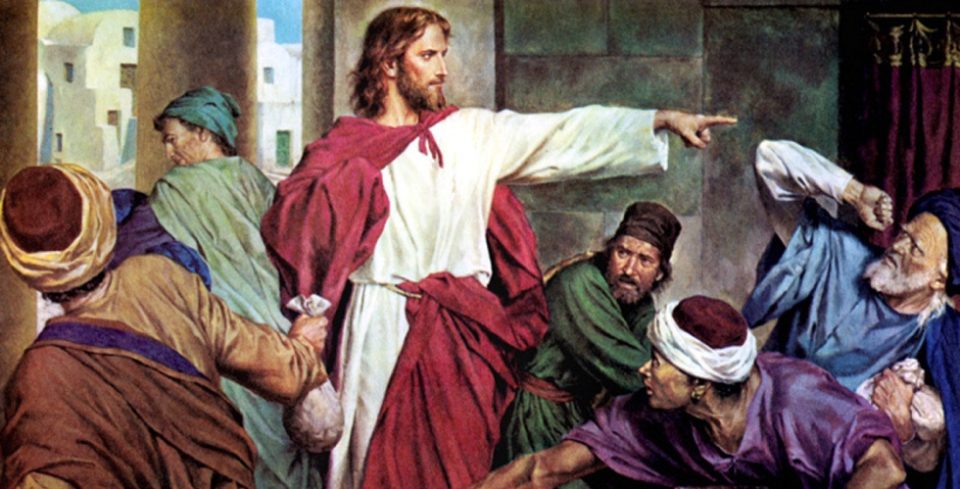 This is part two of a series liveblogging Tim Suttle’s book, Public Jesus. You can read the introduction to the series here, and a discussion on Suttle’s Introduction here. Each chapter will be liveblogged.

Overview
It’s probably safe to assume that many of us have wrestled with the question, “Why did I wake up here in the world?” For thousands of years human beings have reflected upon the origin, nature, and meaning of life. Philosophers often start with the nature of truth. Scientists start with the Big Bang. However appropriate those may be in certain contexts, Christians, in contrast, start with a story*, one that captures the essence of who we are as human beings.

Tim Suttle begins addressing this question by recounting the story from the beginning, in Genesis, with the God who creates us with the purpose to image God to the rest of creation. Image is a verb, connoting action and purpose. It is more than the mere passive nature of a statue (which is what being an “image”  meant in most ancient cultures). More than that, God made humans the keepers of the earth, which meant we were “placed here in the midst of God’s world in order to organize our common life together in such a way that we image God to all creation.”

The problem was that human beings couldn’t really get this vocation quite right. Adam failed, Cain failed, even Noah (the one righteous man on earth) failed after the Flood. From time to time we have had small successes, but over the long haul we’ve done a pretty horrible job of imaging God to creation. So God did something we could not do for ourselves: God entered in and started fixing things.

“If we want to understand what it means to be a human, ultimately, we look at Jesus Christ,” Suttle writes. Jesus keeps us engaged with the story connecting us with God’s mission of redemption.

Suttle believes that the “salt and light” passage in the Sermon on the Mount suggests Jesus’ reconstitution of the creation poem: “Let me tell you why you are here.” Suttle concludes, “Jesus came not merely to prepare our hearts for eternity, but to set eternity in our hearts so that we can walk around with it…and work it into every aspect of our culture.”

In the brief video for this chapter, Suttle tells the story of a woman in his church, Wendy, who seemed to always say “Yes” to the Spirit’s nudgings. Wendy finds herself literally talking a woman out of jumping off a bridge. She locked eyes with her and spoke into her life words of hope. This is what we as Christians do with the culture, says Suttle.

In order to lock eyes with the culture, we must be asking ourselves, “How should we order our common life together in such a way that we image God to all creation?” A key point, in Suttle’s telling, is that this common life is not about individuality, but about a community carrying out this vision: “the church is to be the physical manifestation of the spiritual reality that Jesus is the world’s true Lord.”

Reflections
Those who claim that Jesus wasn’t political miss the subversive point of phrases such as “good news” and “Jesus is Lord” (among others). Both of these phrases were inherently political, and Jesus turned them on their heads. The implicit contrast in the phrase, “Jesus is Lord,” was, “…and Caesar is not!” The “good news” of the Pax Romana was subverted by Jesus saying, in essence, “No, this world revolves around me. Let me show you.”

Add to this that the gospel writers were making a strong case for God as King of the world in Jesus (see N.T. Wright’s How God Became King), and you have a very political as well as personal message. Libertarians are rather good at critiquing the state, declaring with fervor, “Don’t tread on me.” (See my article here on why this statement is not merely a selfish demand.) The intuitive feeling that some human beings ought not rule over others is to a degree similar to the claim, “Caesar is not our king!”

If I were to rephrase Suttle’s question in the form of a political application, it might be this: “How can our common life be organized so that allegiance to Caesar is virtually nonexistent?” The empire of the state has become increasingly overbearing and authoritarian. It demands the allegiance of our children in compulsory educational institutions. The major parties compete for power based on the underlying assumption that their own elite few have rightful power over 300+ million people (with the illusion that it comes “from the people”). Citizens who refuse to toe the line of national patriotism are derided as anti-American misfits who hate other people.

The personal application should be obvious, though immensely difficult to abide. If Jesus is our Lord, our King, our rightful authority, what does our life look like, both as individuals and in community? When we gather together with others who share our vision for the world, do we spend the bulk of our time complaining about the state? Or do we take time to pray for the state we (often) view as an enemy? Should we not be energized by the vision of Jesus’ subversive message of living outside the statist quo, ignoring the empire because it has no real authority over us?

Make no mistake: critiquing the empire is important. It is, in a sense, the equivalent of prophesying against the empire. Prophets exist to call a people to repentance, so without them the people may never repent of its collective sin of worshiping the state and accepting its evils. As followers of Jesus Christ, our rightful authority is not King Obama, King Romney, or King Congress, but King Jesus.

If I Had Written This
Suttle is not writing for a libertarian audience, so I wouldn’t expect the applications above to be part of his book. He probably won’t agree with my twist on it. What he might agree with, however, is a critique I made of his previous book, which he acknowledged in his response. Suttle’s energy writing about society and the collective could be inferred that the individual has no value apart from the collective. To be fair, he is broadening the over-individualized message of the gospel to include the social message of God’s Kingdom. Suttle is saying, in brief, “our lives do not have real meaning without community.” While at heart I believe Suttle and I agree, I would have made an effort to include individual importance and value regardless of social participation.

Libertarian benefits of this Chapter
The applications of this chapter mentioned above are clear reasons libertarians should read this book. As libertarians, we often lock eyes with the culture, showing it where it has gone astray from God’s ordering (even if we don’t talk about it in such terms). Libertarians who consider the message of Jesus as for this world will want speak to the world a hope in something greater than empty promises of mere humans engaged in demagoguery with the intent to acquire power.

*Ironically, infamous atheist and inaccurately-named trilogy author Douglas Adams told a story as well. While very funny, it doesn’t quite match the story of Jesus.