Time for a Drink 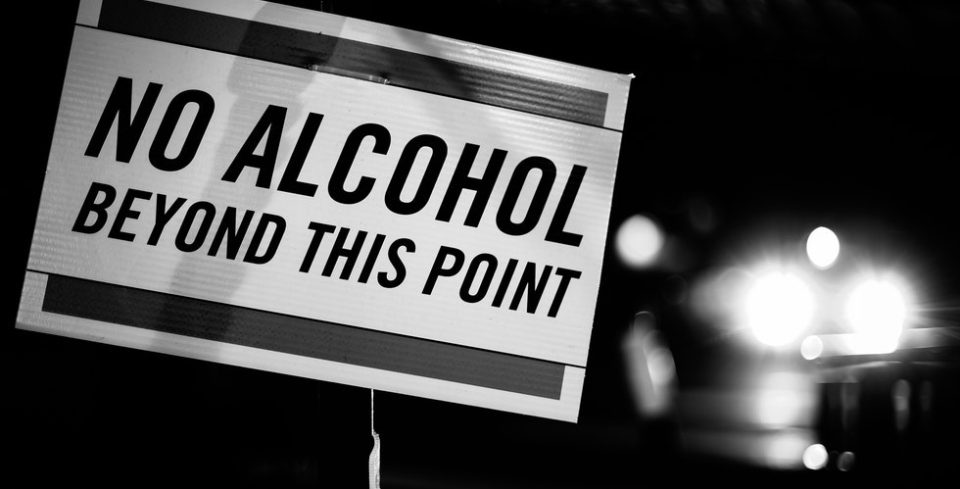 While eating in a restaurant in the Atlanta airport recently, I noticed that the restaurant’s bar was closed and — to make it perfectly clear — all the chairs had been turned over and placed on the bar.

Now, although I don’t frequent bars in airports or anywhere else, I was nevertheless intrigued. “The bar doesn’t open until 12:30 on Sundays,” said my waiter. But, as I found out later, it isn’t just this particular airport bar that didn’t open until Sunday afternoon. In Georgia, no alcohol may be served in restaurants or bars until after 12:30 on Sundays.

In fact, until just recently, alcohol sales in retail stores on Sundays were prohibited by the Georgia legislature. On April 28, 2011, Nathan Deal, Georgia’s governor, signed legislation allowing local communities the option of voting on whether to continue the Sunday alcohol-sales ban in their cities and counties or to eliminate it. Georgia’s previous governor, Sonny Perdue, had always pledged to veto any measure ending the ban on Sunday sales, but he left office on January 10, 2011, constitutionally ineligible to seek a third consecutive term.

On November 8, 2011 (the first election date available under state law), about 120 of Georgia’s almost 700 cities and counties held a referendum on the matter of Sunday alcohol sales. In more than 100 communities that voted, the Sunday restriction was lifted, in many cases by large margins. The effective date of the repeal varied from November to February. Sunday sales in Georgia’s capital and largest city, Atlanta, began on January 1, 2012.

The cost of having a single-issue ballot kept many communities from having such a referendum. However, on March 6, voters in some Georgia communities had more than a Republican presidential nominee to vote on in the Super Tuesday elections. In 16 cities and counties, there also appeared on the ballot the Sunday alcohol-sales question. The measure passed everywhere it was voted on except in the city of Jeffersonville, where it failed by one vote.

But Georgia is not alone when it comes to states that restrict alcohol sales on Sundays. Unlike Nevada and Louisiana, where beer, wine, and liquor sales are legal 24 hours a day, seven days a week, most states (or cities and counties that have been given a local option) restrict alcohol sales in some way on Sundays. A distinction is usually made between alcohol consumed on-premises and alcohol purchased for consumption off-premises. In Indiana, Tennessee, Oklahoma, Minnesota, and Connecticut, the sale of alcohol is prohibited for consumption off-premises on Sunday. Most counties in Arkansas and Mississippi are the same way. In Colorado, the Sunday sales restriction wasn’t lifted until 2008. Hard liquor cannot be sold for off-premise consumption on Sunday in Texas, Utah, North Carolina, or South Carolina. In Nebraska, there can be no on- or off-premises sales of hard liquor before noon on Sundays. No alcoholic beverages of any kind can be sold on- or off-premises before 1:00 p.m. on Sunday in West Virginia. Other states (and cities or counties) with Sunday restrictions generally have a later time on Sunday morning for alcohol sales (on- or off-premises) than during the other days of the week.

It can’t possibly be because the states, counties, and municipalities are exercising what is commonly referred to as their police powers to protect the public’s health, safety, and morals.

If there is something dangerous about drinking alcohol on Sunday morning before noon, then it is equally dangerous to drink alcohol before noon on any other day of the week. Yet most states with Sunday alcohol-sales restrictions generally allow the on-premises sale of alcohol the rest of the week sometime between the hours of 6:00 a.m. and 9:00 a.m. But what is so magical about 6:00 a.m.? Is there really any difference between letting someone be served a drink at 5:30 a.m. instead of 6:00 a.m.? Some states prohibit the sale of alcohol only between 2:00 a.m. and 6:00 a.m. Do they not care about the health, safety, and morals of their citizens the other 20 hours of the day?

States are doing a poor job if they are protecting their citizens from the dangers of alcohol only during certain hours and on certain days. Shouldn’t all states at least follow the model of Kansas, Mississippi, and Tennessee? Those states are “dry” by default; individual counties must vote to become “wet.” Thirty other states allow their counties to go dry only by public referendum, but at least they give their counties that option. Seventeen states preclude any of their counties from going dry.

Consistency was never the hallmark of government at any level. In Wisconsin, one can be served alcohol until 2:00 a.m. on Sunday through Thursday, but until 2:30 a.m. on Friday and Saturday, with no ending time at all on New Year’s Day. That seems counterintuitive, since the government is extending alcohol sales during the times when people are more likely to abuse alcohol. And why is it that casinos all along the Mississippi River are permitted to be open 24/7 and give free alcohol to gambling patrons all hours of the day and night? Many convenience stores also sell pornography in addition to beer and wine. There are no time restrictions on the purchase of pornography. And there are no laws that forbid the purchase of pornography on Sundays.

There is really only one reason that state and local governments and voters in counties and cities support restricting alcohol sales on Sundays: they are puritanical busybodies clinging to Prohibition- or Colonial America-era blue laws.

It was generally religious preferences that led Georgians to vote against the November referendum on the matter of Sunday alcohol sales. In the city of Snellville, James Freedle voted against the referendum, saying, “I don’t think it’s appropriate to drink on Sunday.” In the city of Forest Park, Mayor and Sunday School teacher Corine Deyton, who also said she voted no, commented, “If you can’t do without alcohol one day a week, there’s something bad wrong with you.” In rural Elbert County, one of the few areas where the referendum failed to pass, church pianist Patsy Scarborough pointedly said, “This nation has a trend of turning away from good morals. Americans need to be in church on Sunday, not out buying alcohol.” “Thanks for voting no to sell alcohol on Sunday,” read a sign on an Elbert County local church after the referendum failed.

But it’s not just alcohol sales on Sunday. In some states and counties it is still illegal on Sunday to hunt, hold horse races, sell cars, or open a store before noon.

Now, as a religious person myself who does attend church on Sunday and doesn’t purchase alcohol on Sunday or any other day of the week, I am sympathetic to those Georgians’ views of church attendance and alcohol. That does not mean, however, that I believe that people who, for whatever reason, don’t attend church on Sunday should be punished by not allowing them to buy a six-pack of beer at 7-Eleven on Sunday morning before they go fishing.

Some religious people always focus on the negative. They don’t drink, dance, smoke, chew, or go with girls who do — but then they want to spread the misery even if it means using the state to tell others how they should live. It reminds me of H.L. Mencken’s famous definition of puritanism: “The haunting fear that someone, somewhere, may be happy.”

No alcohol was consumed on Sunday during the writing of this article.

Originally published at The Future of Freedom Foundation on March 20, 2012.