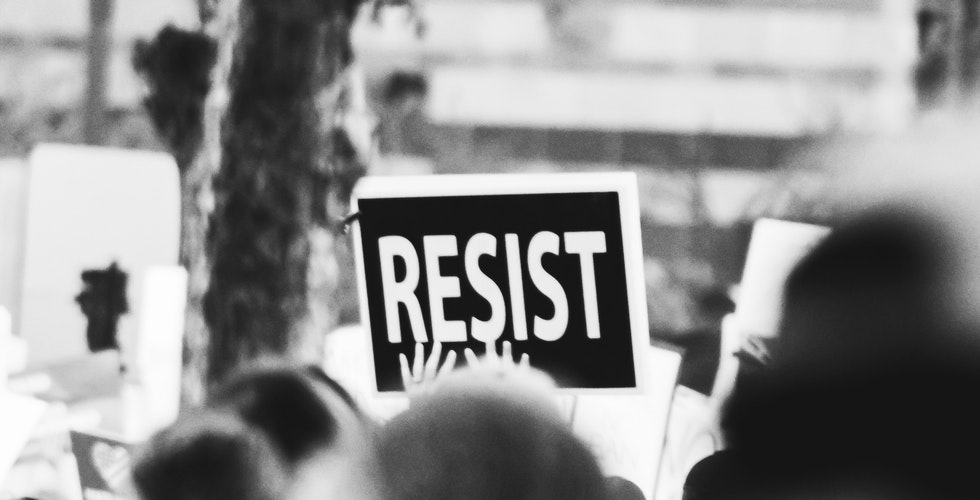 Let every soul be subject unto the higher powers. For there is no power but of God: the powers that be are ordained of God.

Whosoever therefore resisteth the power, resisteth the ordinance of God: and they that resist shall receive to themselves damnation.

For rulers are not a terror to good works, but to the evil. Wilt thou then not be afraid of the power? do that which is good, and thou shalt have praise of the same:

Wherefore ye must needs be subject, not only for wrath, but also for conscience sake. (Romans 13:1-5)

Christian apologists for the state, its leaders (when they are Republicans), its military, its spy agencies, and especially its wars (and especially when they are started by Republicans) sometimes refer to the above passage from the Book of Romans as if it somehow justifies their blind nationalism, their cheerleading for the Republican Party, their childish devotion to the military, their acceptance of national-security state, and their support for perpetual war.

There is no greater abuse of this passage than when it is applied to national defense. I have come across two examples of this recently.

The first is from an exchange between a readers of my columns and his theologian friend. Earlier this year, when the United States had just begun its military adventure in Libya, a reader informed me of a conversation with a friend who happened to be a theologian and seminary professor. Said professor posted something on Facebook about Libya and how Obama the evil Democrat wouldn’t hesitate to use force on Americans if they tried to institute a new government like the Libyans. My reader agreed, but then added: “So would Bush. Statism knows no party.” The response of the theologian was simply: “Governments have a God-given right to defend themselves. Romans.”

Pointing out the similarities between Obama the Democrat and Bush the Republican is a cardinal sin according to some Christian conservatives. Although Bush expanded federal spending on and control over education, expanded Medicare to greater heights than LBJ ever dreamed, started two unnecessary wars, doubled the national debt, had bailout and stimulus programs, increased farm subsidies and foreign aid, increased government spending and regulations, gave us the first trillion-dollar budget deficit, instituted torture, violated civil liberties, and expanded the police state – none of this matters because he was a Christian and a Republican.

As for Bush’s ecumenical, inclusive, warped, and unorthodox Christianity, I have dealt with that in an article here. As for the failings (to put it mildly) of the Republican Party, I have written about them here and in many other articles.

And to say that Romans 13 has anything to do with a government defending itself is absolutely ludicrous. Being a warmonger and military apologist makes even some of the best Bible students loose their mind.

The second example of theological lunacy is from a column by Craig Parshall about the killing of Osama bin Laden (which he favored) in the magazine Israel My Glory. Parshall is senior vice president and general counsel for the National Religious Broadcasters.

In response to the question he raised of “Can Christians ethically support the U.S. government’s deliberate targeting of individuals for death?”, Parshall says:

Christians who urge pacifism by citing Jesus’ commandments about peace (i.e., Mt. 5:9) miss the point. They fail to recognize the theological distinctions between individual responsibility to seek peace with others (Rom. 12:18) and the corporate responsibility of government to use lethal force (the “sword,” Rom. 13:1-7) to protect citizens from “evildoers” (1 Pet. 2:13-14).

Opposing the extra-judicial assassination of Osama bin Laden has nothing to do with pacifism. Moreover, even Christians who oppose the death penalty might change their minds if bin Laden had been lawfully tried, found guilty, and sentenced to death. And just because the “powers that be” bear the sword doesn’t mean that the state should execute people without trial. More importantly, however, to say that Romans 13 has anything to do with a government defending its citizens is ludicrous.

I can’t resist commenting on something Parshall says in the next paragraph of his article: “In all of the New Testament references to soldiers and Roman centurions, there is no suggestion that their work, which often involved using force and violence against others, was somehow sinful or inappropriate.” So, the soldiers who scourged, smote, and crucified the Son of God didn’t do anything sinful or inappropriate? I thought so.

I have been asked many times over the years to write something on Romans 13. Although this is something I have thought a great deal about and know that I must eventually do, this brief look at Romans 13 and national defense is not that article. Actually, a large monograph or small book is what is called for.

In the meantime, here is a collection of comments of mine on Romans 13 in my LRC articles.

To justify their consent or silence, and to keep their congregations in line, Christian leaders repeat to their parishioners the mantra of “obey the powers that be,” a loose paraphrase of Romans 13:1, as if that somehow means that they should blindly follow whatever the president or the government says, and even worse, that it overturns the commandment “Thou shalt not kill” (Exodus 20:13; Deuteronomy 5:17), which is repeated in the New Testament (Matthew 19:18; Romans 13:9). The way some Christians repeat the “obey the powers that be” mantra, one would think that they would slit their own mothers’ throats if the state told them to do so.

This love affair that many conservative, evangelical, and fundamentalist Christians have with the military is grounded in their blind obedience to the government, based on an unrestricted, absolute interpretation of Romans 13:1, from which they have derived the “obey the powers that be” mantra. Of course, this obedience to the state is very selective, which shows what hypocrites these people are. None of these Christians would kill their mother if the government told them to do so, but they would see nothing wrong with killing someone else’s mother if the state gave them a uniform and a gun.

Christian warmongers don’t really believe their own mantras. When they chant “obey the powers that be,” “obey magistrates,” and “submit yourselves to every ordinance of man,” it doesn’t actually mean anything. Since the war in Iraq began, Christian warmongers have turned these portions of Scripture into their mantras in order to justify the war. None of them actually believe that a Christian should always accept the latest government pronouncement, support the latest government program, or obey the government in every respect. It was all a ruse to justify an unjust war. If the government commands one of these Christians to shoot his neighbor and destroy his property, he will choose to disobey and suffer the consequences – just like if the government commands one of these Christians to shoot an Israeli and destroy his property.

So, if a Christian warmonger doesn’t really believe that Christians should always obey the state, then why does he lie and say that they should? Christian warmongers hide behind their mantras because they are trying to defend a president, a party, and a movement that are undefendable. Should a Christian have served in Hitler’s army? What about Stalin’s? Why not? Should a Christian have participated in the Holocaust or in one of the Russian czar’s pogroms? Why not? Christian warmongers are very selective about which governments they think Christians should obey. Despite their rhetoric, they really don’t think that everyone should blindly follow whatever the president or the government says. The bottom line is that the command for the New Testament Christian to “be subject unto the higher powers” (Romans 13:1) is not absolute.

Christians seeking to justify their support for, or the participation of their friends and relatives in, the U.S. government’s latest military adventure often recite the mantra, “Obey the powers that be,” a loose paraphrase of Romans 13:1, as if that somehow means that Christians should blindly follow whatever the government says. But because the state is, as Murray Rothbard described it, a “bandit gang writ large,” Christians should always remember the reply of the apostles when they were told to stop speaking in the name of Jesus: “We ought to obey God rather then men” (Acts 5:29).

Christian, are you one of Herod’s henchmen? Would you commit infanticide if the government told you to do so? Then why did you vote for a man whose motto was “Country First”? Why do you incessantly recite your “obey the powers that be” (Romans 13:1) mantra?

Some Christians get hung up on Romans 13 and end up making apologies for the state and its wars. It’s too bad they skipped over Romans 12:

Bless them which persecute you: bless, and curse not. (Romans 12:14)

Dearly beloved, avenge not yourselves, but rather give place unto wrath: for it is written, Vengeance is mine; I will repay, saith the Lord. (Romans 12:19)

I have also quoted and/or discussed what three authors have written about Romans 13. “A Christian Against the State” is a review of Christian Theology of Public Policy: Highlighting the American Experience, by John Cobin. “The Doctrine of a Christian Warmonger” is a critique of a presentation by Pastor Tod Kennedy called “The Doctrine of God and War.” “Can a Christian Kill for His Government?” is a review of a book of the same name by Bennie Lee Fudge.

There are a lot of things that could be said about Romans 13, but that it has reference to national defense is not one of them.

Originally Posted on LewRockwell.com on October 13, 2011.