When should a Christian defend himself? 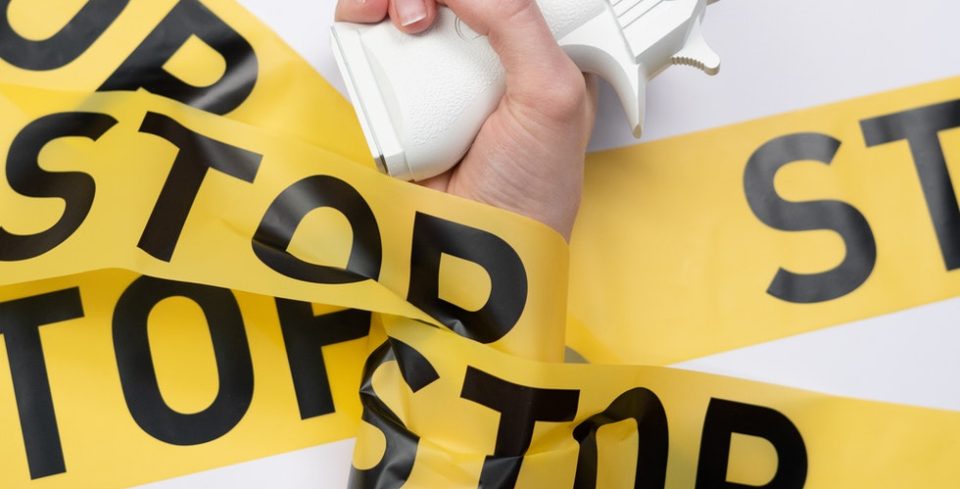 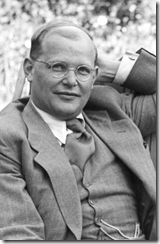 In his famous work The Cost of Discipleship, Dietrich Bonhoeffer commended Christian suffering under tyranny and oppression as a means of demonstrating Christian faith and commitment. “It would be equally wrong to suppose that St Paul imagines that the fulfillment of our secular calling is itself the living of the Christian life. No, his real meaning is that to renounce rebellion and revolution is the most appropriate way of expressing our conviction that the Christian hope is not set on this world, but on Christ and his kingdom. And so—let the slave remain a slave! It is not reform that the world needs, for it is already ripe for destruction. And so—let the slave remain a slave! [Christ took on the form of a slave too (Philippians 2:7)]…The Christian must not be drawn to the bearers of high office: his calling is to stay below” (1995, Touchstone, p. 260). Is Bonhoeffer right? Should American Christians not run for “high office”? Should they be content with their “slavery” imposed upon them by a tyrannical state that confiscates more than half of their earnings in taxes, proactively regulates their behavior as a big brother would, and maintains a threat against their homes for nonpayment of property taxes?

If self-defense by Christians is biblical, why didn’t Christ and the Apostles defend themselves against the Roman state? Well, Christ had to die for the sake of His church. He said that He could have had “more than twelve legions of angels” (Matthew 26:53) to defend Him, but He chose not to defend Himself out of love for His people. (Note too that He never said that defending Himself would have been wrong.) Earlier in His earthly ministry, Christ divinely avoided His persecutors since “His hour had not yet come” (John 7:30) and He warned Christians to “flee” coming persecutions and the destruction of Jerusalem (Matthew 10:23; 24:16; Luke 21:21). Fleeing is a form of self-preservation, which is a subset of self-defense.

Likewise, the Apostle Paul defended himself in court (Acts 22:1 [Jews]; 26:1 ff [Festus]) and Paul went so far as to hope that Alexander the Coppersmith would be temporally castigated by God (2 Timothy 4:14), perhaps to further his self-preservation. Paul also instructs that those who are enslaved should take the opportunity to become free if they can do so: “Were you called while a slave? Do not be concerned about it; but if you can be made free, rather use it” (1 Corinthians 7:21). Therefore, I believe Bonhoeffer, although well-intentioned, was mistaken. Christians should try to be free from slavery and tyranny whenever possible. If God opens the door, freedom might allow them to bring greater glory to God in their lives than would come from demonstrating their piety and service while living under oppression. It could be that the Apostles and early disciples were just being expedient in not taking up arms. Just because a Christian has a right to defend himself does not mean that he should always do so. The early Christians had little hope of overpowering the brutal Romans.

Let’s reason through when it is appropriate for Christians to forcibly resist tyrants and predators— even with deadly force. Consider: (1) an angry Christian brother attacking you with a knife; (2) an armed robber or other predator who enters your home in the middle of the night; (3) the local mafia organization that wants to shake you down for monthly contributions; (4) a criminal in public (e.g., as you pass by a small group of thugs who are gang raping a woman outside of a bar, they turn their attention towards you in a menacing way); (5) the invading army of another nation; (6) the invading army of a nation that your people just declared their independence from (but they refuse to acknowledge your independence from them, e.g. England in 1776); and (7) your own state which is extorting money from people “legally” and in other ways has become a predator—maybe even violating God’s law.

In my view, Christians may properly resist in any of the above cases. The logic is incontrovertible. The fact that the predator in case #7 was elected by the people makes no difference. It also makes no difference that representative government is producing tyranny. We would not condone abortion or slavery just because elected state leaders sanction it. If state leaders behave as criminals then they become exposed to being justly killed by those who choose to defend themselves. The Founders agreed with this premise and thus approved the Second Amendment to ensure that citizens could defend themselves against the state. Killing thugs, repulsing criminals, and resisting tyrants (and states) are potentially appropriate activities for a Christian—depending on the circumstances. Yes, the American “Revolution” was just.

Sadly, many Christians today have muddled thinking and have forsaken the ideals of the Founders and the premises of the New Testament. They wrongly support the predatory, proactive state. Instead, Christians should work against their enemy the state and its proactive policies. While many Christians think that self-defense against the state is always an unwelcome distraction from their primary mission, there are times when the purposes of Christians in the world can be served through self-defense. Therefore, I argue that Christians should defend themselves against the state, just as they would against any other criminal or crime organization. At the same time, Christians can and should support a limited government, established to protect them from predators and thus indirectly benefit the church and its primary mission.

Originally published in The Times Examiner on May 18, 2005.