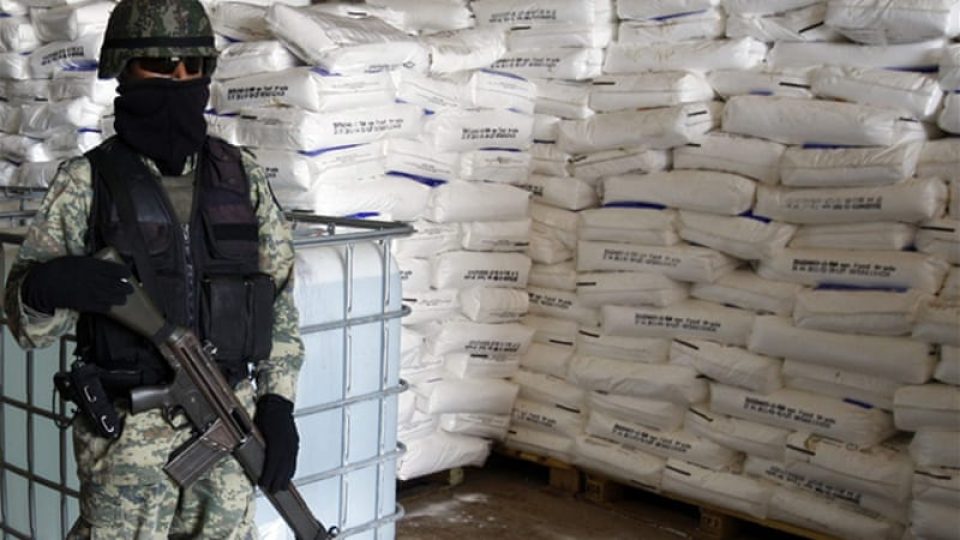 A post I wrote about two years ago for the Western Standard:

My wife and I were visiting a new place for Sunday morning service this week and I couldn’t help but be disturbed yet again at the tendency of Christians to mistake political for spiritual accomplishments.

The pastor told a story about a small church that is located in a “rough” neighborhood. Some parishioners were on the corner outside the church praying for the area when they ran into some drug dealers (I’m not sure how the churchgoers knew them to be drug dealers). The dealers told the prayers, “This is our corner” and the interceding churchmen replied, “No, this corner belongs to Jesus”. The pastor said one of the drug dealers was visibly moved and walked away saying, “this isn’t right what we’re doing. I’m going home”. The rest of the drug dealers stood their ground, so the church members retreated back into the church. So far, an interesting story.

Then, the pastor told us, the police showed up and arrested the remaining drug dealers on the street corner. Everyone listening to the story started clapping and shouting “amen”. The pastor used the story to illustrate the effectiveness of prayer, and the transforming power of the church located in the rough neighborhood.

This was all rather unsettling to me and my wife and as we discussed on our way home. Combined with the abysmal performance of the Detroit Lions, it put a bit of a damper on my day.

The part of the story where one drug dealer felt some kind of conviction and went home was interesting. The faith and words of the Christians on the corner apparently got him thinking deeply about his life. But what about those arrested by police? What victory is there for the church in that? There was no mention of any violent acts by these men. There wasn’t even mention of a violation of property rights (it was never clear if the corner was part of church property). There was only an assumption that these men were somehow “bad” and therefore their arrest was somehow “good” for the neighborhood, and ostensibly the Kingdom of God.

But how did this event advance the Kingdom of God? Is not the point of the Kingdom to transform lives? Is not the point to demonstrate the power of Christ to forgive and to move individuals to break free from the bondage of sin and embrace His forgiveness and live freely and righteously? What did this confrontation and arrest do for these men to help them see their need for freedom in Christ, if indeed they were in need?

Moreover, what grounds is there to cheer “amen” at the arrest of these men? It betrays a notion that runs deep in the church; that political action is analogous to spiritual action.

This same conflation was demonstrated some years ago when members of my church collected petition signatures sufficient to force a strip club to move from downtown to a location outside of town. This was touted as a victory. But in spiritual terms, who won? Did any of the petition signers go down and offer hope and freedom to the men in bondage to sexual addiction? Did they offer comfort and companionship to any of the strippers who were, purportedly, desperate for money and approval? Was a single soul set free? Did the patrons of the establishment have a new respect for Christians after seeing them forcibly remove the business from town? If anything, it set the stage for a more hostile relationship between strippers and patrons of the strip club and Christians. Banning sinful behavior by force of law is no signal to sinners that they can come to the church for freedom and aid.

Christ did not behave this way. Even when given the chance to use the laws of the day to punish a prostitute, He instead offered her grace and left her to make the choice on her own. He did not petition to hide sinful behavior from His sight, but spent much of His time hanging out with the least reputable sinners of society. He offered them hope and escape from damaging behavior, not prison.

When Christians look to laws of man to accomplish goals of the Kingdom they distort and corrupt both. All earthly governments are based on force. The Kingdom of God is based on love, freely given and freely received or rejected. Even the despotic, egotistical, and violent Napoleon saw this clear distinction in his last days exiled on the Island of St. Helena:

“Alexander, Caesar, Charlemagne, and I myself have founded great empires; but upon what did these creations of our genius depend? Upon force. Jesus alone founded His empire upon love…”

Why does the church so often fail to see what Napoleon understood? His Kingdom is truly, “not of this world”, and we shouldn’t reduce it to the activities and tools of earthly kingdoms – force, fraud, pomp, and patriotism.