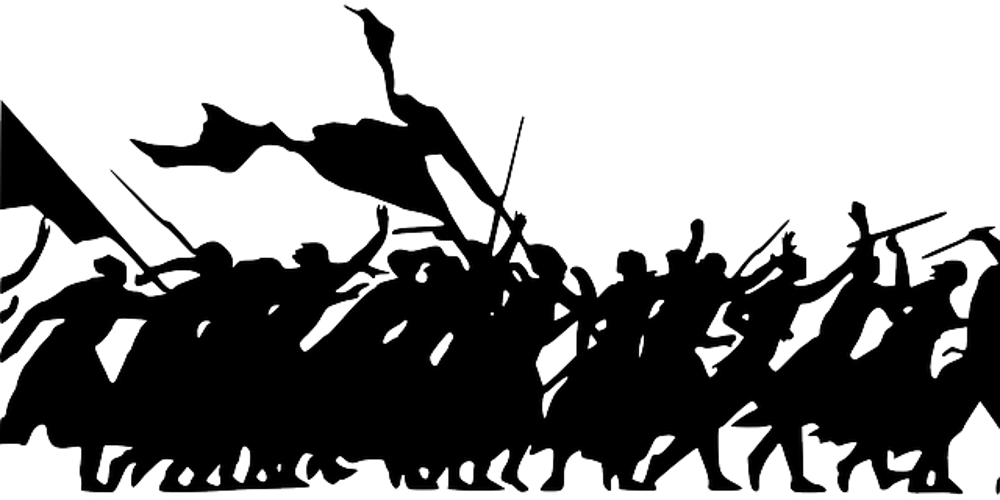 A few more words must be spoken against the mainstream preacher’s frequent apologies for the state, its rulers, and its public policies. What would the preacher who tells us that “rebellion against authority is rebellion against God” say about policies that force us to send our kids to a public school or to a foreign war, prevent preachers from making politically incorrect statements from the pulpit, disallow us to spank our kids, or prohibit us from hunting deer on our property (especially in cases when one’s family is hungry)? Ultimately, a preacher gets nowhere fast by making a statement that exceptions to obeying rulers exist without specifying what the exceptions must be. Believers need to know how to live in this “present evil age” (Galatians 1:4) and preachers similar to the one I heard do not help them by making superficial generalities (especially when there is not a good biblical reason to do so).

Yet the preacher basks in ignorance and pounces on anyone who asks him questions that make him feel uncomfortable. These preachers believe that such interrogatives must come from “radicals”, after all, and their presence in our churches might frighten some people away. Think of all the good Tories that might become uneasy if we allow church members to contemplate the exigencies of civil disobedience!

Such preachers will not mention the exceptions to obeying rulers because they do not know the extent of these exceptions. It is the non-thinking, easy way out to merely mention the short list of resistance items (e.g., not bowing to idols, not desisting from Gospel preaching, and not killing infants) and pass over the more analytically arduous questions. And the last thing that a spiritually-focused yet pietistic preacher desires is to be pressed into specifying items qualifying for civil disobedience!

I could probably come up with a list of fifty policies that I would “rebel” against. Another person might only choose to “rebel” against twenty of them. Maybe you and your cousin Joe would accept my fifty and add fifty more. The pietistic preacher might manage to list fifteen things, while his associate pastor might concede thirty and all the deacons go with thirty-five items. So in the end what has the preacher really said about “rebellion” against authority? Would he admonish the men in his flock who go beyond his short list of twenty items as being rebels against God? Would he subject them to church discipline for thinking that way, writing or speaking in support of his views, or challenging the practice of his fellow church members? Without knowing for sure, I would not be surprised to see such an admonition transpire in modern churches. And one thing is certain if a preacher does so: his analytical inconsistency and poor exegesis have led him to cop-out when it comes to preaching the “whole counsel of God” (Acts 20:26-27), leading him to act in a manner that does not promote the edification of the saints.

God ordains the state for various purposes. The three main reasons found in the Bible are (1) to show his glory and holiness (which obviously overrides all other factors), (2) to bring terrestrial judgment against a disobedient people, and (3) to sanctify His people. (Interestingly, the pertinent phrase “for good”, insofar as it relates to personal growth, occurs both in well-known Romans 8:28 and Romans 13:4 but nowhere else in the New Testament.) In addition, many preachers think that the state also exists to punish people that God thinks are bad and to reward those whom God thinks are good. However, this misapprehension of texts such as Romans 13:1-4 and 1 Peter 2:13-14 should be laid waste by the fact that neither Nero nor virtually any other ruler has done so.

We commonly hear from American pulpits today that most rulers are “just doing their best” as, alas, mere “imperfect and failing men”. But this sentiment is not true. On the contrary, rulers are generally evildoers in God’s sight who reward what they think is good and punish what they think is evil, regardless of what God thinks. That fact is borne out in the Bible’s theology, biblical history, other history, and supporting theories in scientific disciplines like economics. This fact should not be lightly shrugged off by preachers, although they often unwittingly do so.

God is telling the Roman believers (and us too) that (a) God has allowed the ruler to exist, (b) that the ruler has the power to punish or reward whom he hates or likes, and (c) that if we want to remain unscathed we had better submit to him when he gets in our face. That fact does not preclude self-defense, which the Bible allows, including defending ourselves against a malignant state—particularly when its rulers seek to enslave us and we can avail ourselves of an opportunity to become free (1 Corinthians 7:2124). Yes, in some cases, even ultimate “rebellion” to rulers (staging a revolution) can be just. An active role in social affairs and engaging our culture along with its public policies are part of the Christian’s role in having “dominion” over the world and “doing business” until Jesus returns (Genesis 1:26-28; Luke 19:13).

We must remember that God ordains Satan too. But resisting Satan is not rebellion against God, even when Satan is working through the state. Satan has used the state for his purposes often in recorded history, not only through men like Nebuchadnezzar and Pharaoh, but also through Nero and Domitian. For instance, the Bible speaks of Satan casting Christians into prison by means of rulers carrying out malignant public policies (Revelation 2:10). Satan also claimed (and Jesus did not dispute his assertion) to be able to give Jesus all the kingdoms of this world (Matthew 4:8; Luke 4:5)—all of which are said will vainly array themselves against Christ at the end of time. Indeed, we are specifically commanded, in fact, to resist Satan in spite of his authority (James 4:7; cf. Ephesians 4:27; 6:11; Jude 1:9). The state and, in general, its rulers, are hardly a “divine institution” to be revered and eventually redeemed by God—like the family and the church. They are ordained for temporal use in judgment and sanctification and then they will be sloughed off like a body’s dead skin cells.

I would like to encourage preachers (like the one I recently heard) to think about this theme a little more before jumping onto the modern, revitalized, and reshaped divine right of kings bandwagon. The holiness of the church and its effectiveness in the world are too important to simply throw off on account of a faulty public policy theology. And there are plenty of public policies that Christians should shun. The famous preacher C.H. Spurgeon liked to quote Solomon’s quip about the little foxes spoiling the vines (Song of Solomon 2:15). Let us help our pastors hunt foxes.

Originally published in The Times Examiner on February 22, 2006.