“Nullifation: How to Resist Federal Tyranny in the 21st Century” Book Review 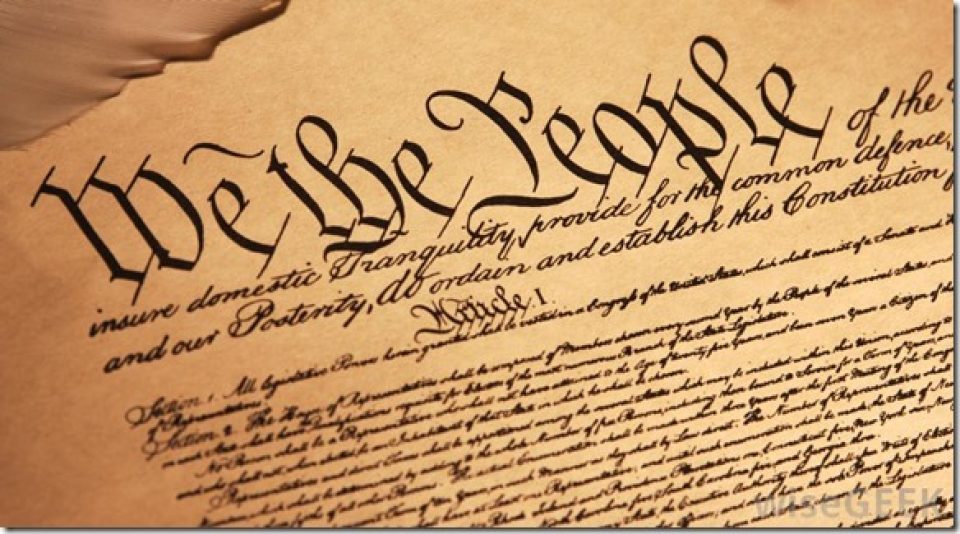 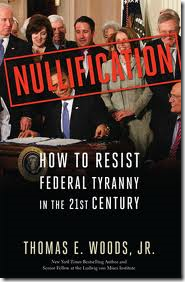 The United States Federal Government is out of control. Spending is through the roof, their unconstitutional and immoral wars continue with no end in sight, and our civil liberties are squashed without provocation. The Democrats are crazy, and Republicans are invariably stupid. Tea Parties? Whatever, I have always said they are a sham and a fraud, and now that they have approved of the Patriot Act AGAIN my prediction has been absolutely 100% vindicated. Is there any way to resist leviathan?

Actually, it can be done. It is being done even now. The principle is called “nullification,” and it has a long history in America. It has been done before, and we can do it again. But first, you should probably read the book.

Tom’s book is divided into two parts. In the first part, he tells the story of nullification in American history. The second part consists of eleven essential documents dating from the founding era up to the War of Northern Aggression (that’s the Civil War’s real name, folks). I won’t review Part II here; it suffices to say that these source documents can and will be important in the coming fight at the state level — it’s where the real action is. However, we need to arm ourselves with the ideas in Part I or else we will go nowhere fast.

One of the greatest examples of nullification in American history occurred in 1798. At the time, John Adams and the Federal Government had passed the Alien and Sedition Acts, and citizens were not happy about it. Kentucky and Virginia (with the help of Thomas Jefferson) passed resolutions condemning the Federal Government’s actions and declared the law void. This is how nullification can work in practice! The Principles of ’98 have been sorely – and more than likely deliberately – neglected in modern political thought, and this neglect has led to an unimaginable distorted view of nullification and the Constitution itself. No longer are the people the fundamental political unit in America, but rather the Federal Government. And we have seen how this proceeds.

To some people, the idea that the states could nullify federal law seems incongruous with the idea of the “United” States. Should not the states have the same laws, enforced the same way? This criticism holds some merit, but it only goes so far. The Constitution was meant to smooth out relationships between the states, but it was not meant to set up a legally supreme federal government that could overrule anything and everything a state did. In fact, such “unity” of law and practice was antithetical to the spirit of the American Revolution itself. Centralization of power was exactly what the American Revolution was fighting against. The individual states were meant to be sovereign, not the federal government. That’s the meaning of the Tenth Amendment, and that’s why nullification is so important.

Today, nullification may be among our last, best hopes to keep the Feds in check. Washington has grown to proportions unimaginable to either Adams or Jefferson. Obviously, our first goal should be to change the culture. Yet, nullification can help us fight back in the political realm, and in recent years it has been used to combat federal regulations upon firearms and to oppose federal government prohibitions.

Moreover, I am proud to say that we are using nullification right now in Texas to combat the TSA. In fact, I have been closely involved in this process ever since November 2010, when freshmen Representative David Simpson and I had a frank conversation about what it would take to stop the TSA and began forming a team of legal counsels to do it. I will be writing more about this on LCC and on other websites in the near future.

You should definitely get a copy of Tom Woods’s Nullification and learn about the history of nullification, but you should also check out what people are doing to nullify federal law across the nation. The 10th Amendment Center is involved in most of these efforts in some way.

Please consider buying Nullification at Amazon.com and LCC will then get a small kick-back from the sale. Remember, LCC receives a small percentage of any shopping you do at Amazon when you go through an LCC link. Help keep LCC growing and growing; your support is much appreciated!

Did you like “Nullifation: How to Resist Federal Tyranny in the 21st Century” Book Review?
You may also like These Posts: