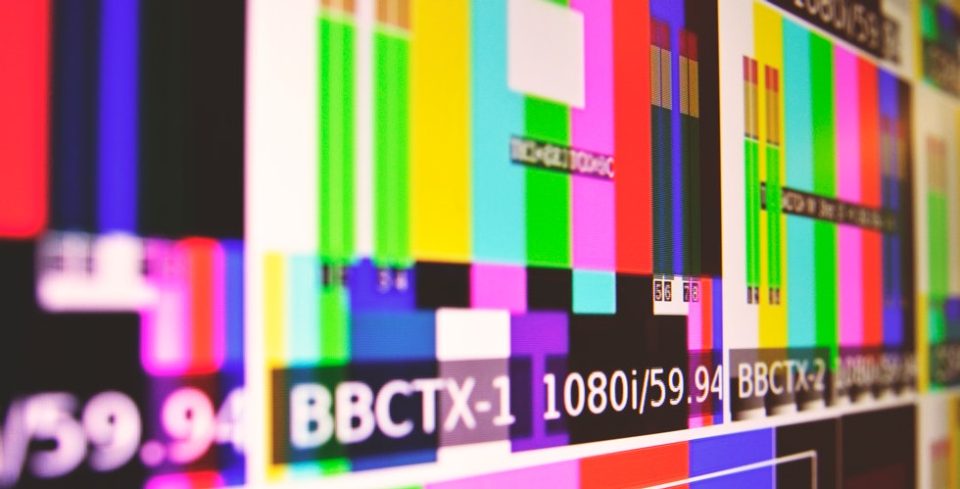 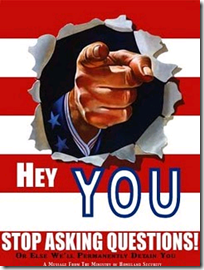 This article is #10 of a weekly series highlighting the former memes of Bureaucrash, an organization once headed by my friends Pete Eyre and Jason Talley of the Motorhome Diaries. The memes were originally authored by Pete Eyre and Anja Hartleb-Parson, and were intended as means of communicating ideas about liberty in catchy and succinct ways.

Benjamin Franklin once said, “Those who would give up essential liberty, to purchase a little temporary safety, deserve neither liberty nor safety.” In the wake of terrorist attacks against the United States, the United Kingdom, Spain, and others, governments of these countries have found it easy to usurp sweeping new powers by claiming they will be better able to protect citizens. Such logic allows government to justify its power grab, which ultimately restricts the rights of innocent individuals — especially when governments view the threat of terrorism as a never-ending war. Apparently taking a cue from the “War is Peace” mantra found in George Orwell’s 1984, Dick Cheney has called such a perspective “a new normalcy.”

Why we oppose Homeland Tyranny and the granting of more power to governments under the auspices of safety:

More governmental power means an increased surveillance state. The 2007 International Privacy Ranking Report shows that more and more governments are planning and implementing identity systems and databases to collect individuals’ communication and their financial and biometric information. The report ranks the U.S. lowest of all the democratic countries in the world in terms of privacy protections (and only slightly higher than Russia and China!). No wonder, since the U.S. is the origin of such fine spying programs as ECHELON, a global network of computers that intercepts communication and searches it for preprogrammed keywords, and CARNIVORE, a program which monitors Internet-based communication. With the assistance of private communications companies like AT&T and Verizon, the government has also listened to the phone conversations of millions of Americans without a warrant—a practice the Bush Administration successfully defended in court, though many still deem it illegal. The FBI has sent national security letters (which the agency issues itself without a judge’s approval) to tens of thousands of individuals to coerce access to private and sensitive information, such as their Internet and phone records, bank accounts, money transfers, credit card and loan information, flight records, and car rental receipts. Recently, the FBI began taking steps to implement a database for biometric information, such as finger and palm prints, eye scans, tattoos, scars and facial shapes. European countries are not much better. The U.K.’s surveillance state already includes a massive array of 4.2 million CCTV cameras, which many American cities such as NYC are planning to emulate. The U.K. government also wants to implement databases for DNA and phone and Internet records. Italy is considering fingerprinting every single one of its citizens, and the Swedish government just approved a law allowing its intelligence agency to wiretap phone conversations, email, and fax messages—without a court order. When the government acts to “protect” us from harm, it treats us all like criminals.

Centralizing government power increases police scrutiny and brutality. For years, police have used red light cameras to take pictures of cars running red lights and fined their owners to generate revenue for the government. Supporters of red light cameras claim that such surveillance reduces traffic accidents and fatalities, but research suggests that red light cameras actually increase the number of crashes (as people speed to get through the light). Though some may consider such devices only a nuisance, the seriousness of other governmental actions are clear. In activities reminiscent of COINTELPRO in the 1960s, law enforcement routinely spies on political groups and anti-war organizations through undercover agent infiltration, wiretapping phones, and videotaping demonstrations. Led in part by the FBI’s request to local police departments to keep tabs on anti-war protestors’ activities, NYPD arrested anti-war protestors in 2003 and, without counsel present, interrogated them about their political beliefs. In 2008 it came to light that the Maryland State Patrol had added dozens of people to a terrorism watchlist simply due to their participation in anti-war protests (they were later sent letters apologizing for this classification). And, while police brutality has always been a problem, according to the U.S. Justice Department the number of incidences has risen by 25% between 2001 and 2007 (possibly due to the emphasis on increasing police forces since 9/11, which has led police departments to lower hiring standards and skimp on training to fill vacancies). Unfortunately, most reported cases of police brutality are not prosecuted.

A larger, more powerful police state means more violations of individual rights. Shortly after 9/11, the President Bush issued an executive order, which gave him the power to decide whether non-citizen defendants would be tried before a special military tribunal, stripping them of almost all due process rights protected by the Constitution: they have no right to choose their counsel, no right to equal access to evidence held by the prosecution, no right to confront their accusers, no right to exclude hearsay testimony, no right to exclude evidence obtained under duress or torture, and they may even be tried in absentia should the administration determine that national security demands it.

Without these rights, it is significantly more difficult for defendants who have been falsely accused to prove their innocence. Habeas corpus refers to the right of a prisoner to petition a court to determine the lawfulness of his detention. The U.S. government detains non-citizen prisoners it declares enemy combatants indefinitely without charge, without a court hearing and without access to an attorney. Under, the Patriot Act (a misnomer if there ever were one), the government has the “authority” to put you under a gag order, which means you cannot reveal to your family or customers that you had to disclose sensitive information about yourself or them, even after the FBI has abandoned investigating you. But perhaps most stifling, you are barred from speaking publicly (i.e. to the press or legislators) about the letter, which deprives you of using your right to free speech to expose and seek remedy for government abuse. Regrettably, individual rights are not only under attack in the United States. In Canada, immigration law provides for special “security certificates” to be issued, which allow the government to detain a person it deems a threat to national security to be held for an unspecified period without charge or trial, to present secret evidence to a judge without having to disclose it also to the defense, and to deport the suspect. In Britain, the time a terrorism suspect could be held without charge was recently extended to 42 days. In France, terrorism suspects are not informed of their right to remain silent. They can be held in police custody for up to six days before being brought before a judge and have to wait 72 hours before they can get a lawyer. Australia’s Anti-Terrorism Act of 2005 allows the government to detain terrorism suspects for 14 days without charge or trial. It can also put suspects under house arrest, impose wearing electronic tracking devices on them, and bar them from working for up to 12 months—all without a hearing and without the defendant knowing what evidence exists against him or her. Any conversations the defendant has with a lawyer can be monitored. The Act also includes a provision against sedition: people who advocate violence against the government can be imprisoned for up to seven years. All this, in the name of making us “safer.”

A larger governmental scope means more governmental spending. As historian Robert Higgs has noted, governments take advantage of people’s fears at the expense of their liberties. They use crises situations—sometimes real, but often exaggerated or contrived—to grow, and once the crisis has passed or has been dispelled as false, governments rarely shrink back to their original size and scope. Just consider that in 1902, U.S. government spending was seven percent of GDP. By 1919, after World War I, it had risen to 29%of GDP, and toward the end of World War II, it peaked at 52%. During the Cold War years, government spending was never less than 20%, mostly 30%, and since 1980, it has been around 35% of GDP. European governments’ spending today hovers around 50%of GDP. Many times, new funds end up supporting some cause with a dubious or nonexistent relation to national security. According to Reason Magazine’s March 2006 issue, for instance, hundreds of millions of dollars allocated for “homeland security” were spent on things like Project Alert (a school-based drug prevention program), grants to the National Center for Missing and Exploited Children and the Child Pornography Tipline, and an exercise program that meets the intent of the Oil Pollution Act of 1990. There is no reason to suspect that dollars allocated for “homeland security” will be spent any more wisely than those spent for any other purpose by the inefficient behemoth in Washington, or any other capital around the world.