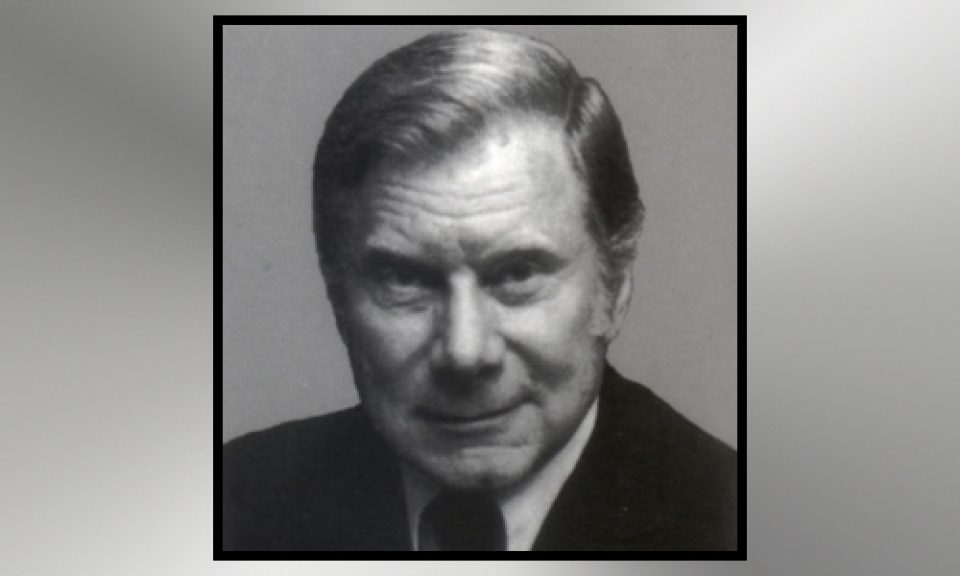 Edmund Opitz [OWEpitz] was for 37 years one of the senior staff members at the Foundation for Economic Education. He died on February 13, four days before his colleague at FEE, Paul Poirot, also died. Opitz was 92. Poirot was 90.

Opitz was FEE’s resident theologian. He was an ordained Congregational minister. Earlier, he had been a Unitarian minister, but as he grew older, he grew more conservative. He no longer fit in Unitarian circles. He was the author of a book that FEE sold for years, Religion and Capitalism: Allies, Not Enemies (1970). He wrote several others with the same theme: The Powers That Be, The Kingdom Without God, and Religion: Foundation of a Free Society. His final book was The Libertarian Theology of Freedom.

In the early 1950s, he had been part of Spiritual Mobilization, an organization that published a magazine, Faith and Freedom. Murray Rothbard and Henry Hazlitt often wrote for it. It was sent to over 20,000 ministers. The guiding light of the organization was James Fifield, pastor of the huge First Congregational Church of Los Angeles. He was opposed to the social gospel. Attendees at the Spiritual Mobilization meetings were often ministers and were advocates of the free market. R. J. Rushdoony was influenced by the magazine.

Leonard Read hired Opitz in 1955, the year that The Freeman began publication under FEE. Opitz read constantly in many areas. He had a large personal library. Basically, Read paid him to read, give one speech at every FEE seminar – a speech on majoritarianism – and offer a nondenominational lecture on the Sunday morning of any weekend FEE seminar. As far as I could tell in my time at FEE (1971–73), he got paid to read and write book reviews. It was a great job!

Most of the senior staff had their offices upstairs. Opitz’s office was downstairs, closer to the library. That was fitting and proper.

While at FEE, he started a small organization called the Remnant, using the main theme of a reprinted essay that FEE published, written by Albert Jay Nock in 1937, “Isaiah’s Job.” The organization would sponsor a lecture by a prominent conservative or libertarian speaker who might be in New York City briefly on a speaking tour or personal visit. The size of the meeting was small. Opitz allowed me to use that name for my newsletter, Remnant Review, which I started in 1974.

His other organization was the Nockian Society. It was a way to keep Nock’s writings in print.

He had an amazing recall of everyone in the conservative movement. If you asked him about almost anyone, he could provide stories about the person. He seemed to have known most of them personally. There were fewer of them back then, and his connections institutionally had brought him into contact with many of them.

He was a gracious man. He was always smiling. He never seemed to have a bad word for anyone, although his verbal summary of some person’s many accomplishments might persuade the listener that there may have been a problem or two with the person’s judgment on occasion. But he was always prepared to be critical of bad ideas. He could also tell you when and where someone had gone into print with some bonehead idea or recommendation.

He was in better physical shape than any man his age I have ever known. He was a bicycling enthusiast, a member of the League of American Wheelmen. After lunch, he used to ride his one-gear (high) bicycle down to the bottom of the ten-block hill on Main Street in Irvington, and ride back up. He said the challenge was to sit down the whole way. Anyone could do it standing up, he insisted. (I could barely walk up that hill at age 30; I never tried it twice in a row.) He would sometimes turn around and do it again. Then he would go back to work.

He also played the French horn in local bands.

Opitz’s presence at FEE was one way that Leonard Read affirmed his own highly mystical faith in God. Read was anything but the village atheist. His affirmation of libertarianism was grounded in his belief that God undergirds all reality. So, Opitz’s variety of theism appealed to him.

Gary North is the author of Mises on Money. Visit http://www.garynorth.com. He is also the author of a free 17-volume series, An Economic Commentary on the Bible.