“Mine Eyes Have Seen the Glory” Book Review 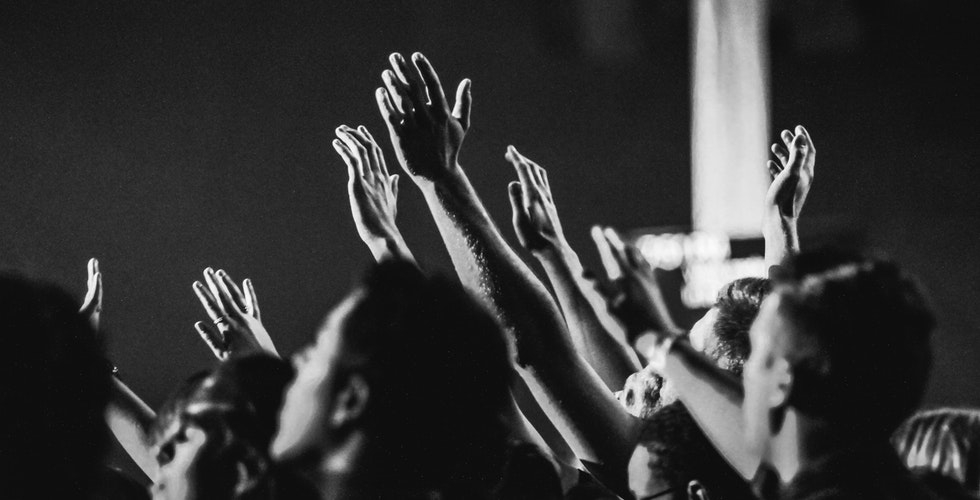 Mine Eyes Have Seen the Glory is one of my favorite books of late, I gave a copy to my father for Christmas and to the Associate Dean of Engineering at UT for some leisure reading. The book isn’t particularly “libertarian,” per se, but I would highly encourage you to read it for two reasons. First, one cannot understand Christianity in America today without knowing something about Evangelicalism in general, and Balmer’s book provides a very interesting perspective on Evangelicalism. Second, whether you like Evangelicalism or not, whether you claim the label or not, you can learn a little bit more about the people who call themselves Evangelicals. I may not call myself an Evangelical, but they are people for whom Christ died and that means they are important to God and therefore they should be important to me.

Balmer is an engaging author and has a very readable style. I’m looking forward to reading his other book, Thy Kingdom Come, soon enough. But enough of this, on to the review…

Randall Balmer, professor of American Religious History at Barnard College, has scoured America’s cities and countryside in search of understanding the religious phenomena that is American Evangelicalism. His book, Mine Eyes Have Seen the Glory, recounts these tales in a lively and readable format that is informative and critical, yet respectful and loving, toward this institution of his heritage. Yes, Balmer was reared in the Evangelical subculture, but became distanced and disheartened with it as he grew up. Now, though, he is beginning to understand what it really means to him. Thus, Balmer’s book serves two distinct purposes. First, he is dealing with his own personal feelings and experiences about and within the Evangelical movement. As Balmer wrestles with his thoughts on the subculture, the reader can better understand his own. Second, Balmer displays the variations in a subculture that to so many people appears so monolithic. He says, “I was pretty sure that the press had missed the story, that they had bunched Evangelicals together and failed to appreciate the spectrum of Evangelicalism in America.” Balmer demonstrates that American Evangelicalism has a breadth and diversity that renders distinct categorization as a singular entity very difficult, if not impossible.

It would be nearly impossible to summarize the content of Balmer’s book entirely. The book is organized in a travelogue style, and thus the chapters vary wildly. It would be better to describe the individual chapters as self-contained. In fact, reading the book is almost like reading a collection of short stories. Balmer certainly has a reason for doing so. If indeed it were possible to cram modern Evangelicalism into a box, then describing the movement in all its supposed diversity would be almost self-defeating. Two examples from different ends of the spectrum (in this author’s opinion), should assist us in understanding the breadth of American Evangelicalism that Balmer wishes us to consider.

In chapter 5, “Adirondack Fundamentalism,” Balmer visits the Word of Life Camp on Schroon Lake in upstate New York. The founder is Jack Wyrtzen, a fundamentalist Bible teacher from New York City. The chapter is about church camps and the never-ending struggle of Evangelical parents to pass on their faith to their children. Balmer thinks that the greatest fear of Evangelical parents is that they will not follow in the footsteps of their parents’ faith. In recent years, churches often hire youth pastors who job it is to “shield them [Evangelical children] from the perils of worldliness.” Wyrtzen’s camp functions as a sanctuary for fundamentalist parents, it is “a place where strict parietal rules would be enforced and, more important, where some sort of religious commitment would be exacted.”

Wyrtzen is the consummate fundamentalist and the services at Word of Life Camp reflect these values. It begins with music, of course, the kind that gets the kids excited while supporting a Christian message. Wyrtzen’s sermon initially includes an exhortation to follow the rules of the island, especially that of modesty. But the crux of his sermon is the call to be “born again by the Word of God.” He denounces the liberals that did not tell him about Jesus Christ – at least not in the way he talks about Jesus now. He says America’s Army is “the greatest denomination in the U.S.” because that’s where he became a Christian. His goal is to bring more sheep to the fold.

The problem with this picture, according to Balmer, is that the gospel being presented is really an adumbration of the New Testament “good news.” When the only news heard is bad news – that your sinfulness deserves damnation and that if you do not do something about it you’ll get your just deserts. The way to salvation, as it appears to many Evangelical children, is to subscribe to a set of doctrines and adhere to strict moral guidelines often expressed in negative terms: “Now remember, sonny, don’t dance, smoke, chew, or go with girls that do.” Evangelicals often have sin and guilt down pat, but grace is correspondingly lacking at times.

The result of this subtle mentality in Evangelical families is that children find it difficult to grasp the significance of conversion or salvation:

“As an Evangelical parent, if you are concerned about the spiritual welfare of your children, you will establish guidelines for them so they will grow up in faith, or, more accurately, grow up with all the trappings of godliness. Their ‘conversions’ then become adolescent (or pre-adolescent) rites of passage, often accomplished by fabricated emotions in order to convince their peers, their parents, and, most important, themselves of their sincerity… Will Evangelicalism, then, inevitably suffer from a gradual enervation of religious ardor as the faith passes from one generation to the next? Sociologists like Max Weber, who talks about the routinization of religion, insist that the answer is yes. Fervent Evangelical parents pray that the answer is no.”

Chapter 14 is entitled “Oregon Jeremiad,” and displays a facet of Evangelical Christianity in stark contrast to the rigid, pseudo-legalism of Word of Life Camp. The site is the Oregon Extension of Trinity College, where Douglas Frank (an old friend of Balmer’s) and Thomas Alvord teach a more progressive Evangelicalism. They developed what they call the “Trek Curriculum,” which is not overtly confessional or Evangelical. Rather, it is very action-oriented. Trekkers are admonished to “think before you act” and to “remember that every action has a consequence.”

Frank says that Evangelicalism is completely focused on the law, to the exclusion of grace (in other words, Word of Life Camp). This emphasis on law makes Evangelicals draw lines and make unwarranted judgments about the spiritual condition of others. It imposes a kind of dualism in the world – an “us” versus “them” mentality. Those who recognize this most, incidentally, are the kids! Probably, they are some of the same kids that attend Word of Life Camp. Frank and Alvord’s cadre of professors and students are working, in some sense, to moderate the fundamentalism that causes division and creates doubts in the minds of believers. Balmer quotes Frank:

“What distinguishes a Christian from a non-Christian is confession, that we confess who we are, that we fall within that 360-degree circle of sinfulness. There’s a certain freedom in that, in acknowledging our humanity, our sinfulness before God and recognizing that Christ alone restores us to a relationship with God … The gospel says we’re all bastards, but God loves us anyway. The moralist says, ‘Maybe you’re a bastard, and I used to be one.’ That’s a betrayal of… the good news of our salvation.”

Randall Balmer’s book delivers on its promise to display the vast diversity within the Evangelical subculture. From the fundamentalist teaching in the Adirondacks, to the charismatic Episcopalians, to the “Christian music scene,” to the tumultuous ministry of Jimmy Swaggert, to the Oregon Extension, Balmer’s point is clear: there is no such thing as a monolithic, standardized, or rigidly-defined Evangelical movement. Evangelicals agree on some foundational values, but as soon as those foundations end the vast differences begin: “Beyond general – but by no means unanimous – agreement on personal conversion, the importance of scripture, and the expectation of an apocalypse, Evangelicals contend with one another over the rigor of those beliefs and the appropriate expressions of piety.”

My experience with Evangelicals is somewhat limited because of my Church of Christ heritage, but the sub-group of Evangelicals I have had more experience with than others is the fundamentalists. In many ways, their beliefs are not all that different from Churches of Christ, and learning from them initially was not difficult. I have over time, though, had to come to grips with how I can agreeably differ with them. Fundamentalists have a militant side to them, unfortunately, which makes them more than willing to pick a fight with whomever would disagree with them. I have a great sympathy with their cause, mostly because the majority of them hold so many of the same values I do. The irony, to me, is that even though many fundamentalists are willing to stand against some issues of personal immorality, they have historically been quite unwilling to stand against critical issues of public injustice. The fundamentalists should have been the first to stand up for civil rights, the first to speak against the Korean and Vietnam Wars. Admittedly, their silence was not universal, but certainly they could have been more vocal.

Thus, I can sympathize with Balmer and his quest to resolve his conflicting feelings about Evangelicals in general. The “patch-work quilt” of Evangelicalism makes it nearly impossible to pin blame on the movement itself for its inconsistencies. Balmer seems to realize this as well, admitting that despite Evangelicalism’s problems the gospel is still being preached:

“That the Evangelical gospel can still be heard at all above the din of what passes for Evangelicalism in America today is miracle enough, perhaps, to capture the attention of even the most jaded observer. What it all means I’m not yet sure, but I now find it less easy to dismiss the preposterous Evangelical claims about a God of amazing grace who, despite our bumbling and nonsense and hoary theological schemes, saves us from ourselves.”

In the end, perhaps it is more important to realize that non-mainline Protestants are all in this together, that although doctrine is important (and we should talk about it) unity is more important, and that the gospel of Jesus Christ calls us to follow Him above all else.

Purchase Randall Balmer’s Mine Eyes Have Seen the Glory: A Journey into the Evangelical Subculture in America from Amazon.com and support my book-buying, reading, and writing habits!

Did you like “Mine Eyes Have Seen the Glory” Book Review?
You may also like These Posts: