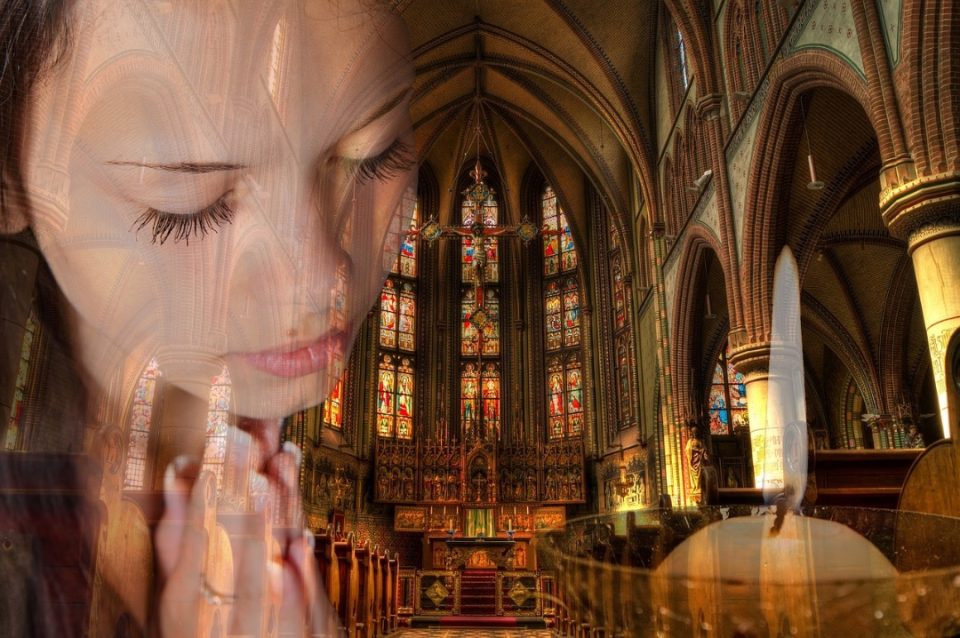 Can Catholics Be Libertarian?

4 Things You Should Know About Catholicism and Libertarianism

While it’s true that 25-27% of libertarians are religiously unaffiliated, the data show that libertarianism is a fairly broad political leaning and not only could libertarians be Catholic, but about 11% of American libertarians already are Catholic.

That raises multiple interesting questions: Should Catholics vote libertarian? If so, how do they reconcile their faith and their politics? Does libertarianism present any problems to Catholic believers, or does it help make better sense of the world? Lastly, how do liberal Christians view libertarian Catholics with so much political feuding happening in the modern era?

We’re going to consider all of these questions, starting with a discussion of libertarian values.

1. The Heart of Libertarianism is Freedom

Libertarianism at its root is a political philosophy that holds freedom as a core value – in fact, that’s the original meaning of the French word “libertaire”, or “freedom.”

What the philosophy ultimately proposes is that real justice requires more autonomy for the individual, particularly when it comes to minimizing the power of the State to override individual liberties.

It is true that libertarians advocate for free markets and freedom of interaction, which does tend to maximize wealth creation as a consequence. Nonetheless, that position on markets is a natural consequence of the logically held prior that liberty is the political priority.

As free and sentient beings, we have the right to make important decisions regarding politics and social civics in peaceful ways.

The fact that so many people are pressuring others to vote for the “moral side”, or the “right side”, and not preserving the individual’s right to vote one’s conscience is telling.

If voting for a party were just a “rubber stamp” process to preserve what is moral, there would be no need for an election. Morality is more complex than that.

Voting, therefore, will often be a complicated activity. Before making a moral decision and hurriedly following the loudest crowd, the voter should endeavor to learn more, to research more political viewpoints, and ultimately to better understand what a proper political philosophy entails.

Catholics would do well to realize that voting is more than picking a side, and even being libertarian does not necessarily mean sticking with one party label. Conscience matters, and philosophy matters. Parties – less so.

A War of Christian Values?

Politics can be polarizing. We’ve seen this throughout history, with warring factions of religious and royal figures, as well as in modern times, with liberal Christians arguing with libertarian Catholics, or Conservatives over what God might think about a particular issue.

But it’s important to remember that extremist political viewpoints tend to dehumanize our fellow man. Suggesting someone’s personal belief or political party makes them your enemy is dangerous thinking. Not coincidentally, extreme political views have been the start of many atrocities throughout history.

One thing every Christian should agree, regardless of their denomination, is that war is an ugly thing, and that wishing evil upon your neighbor or friend is contrary to what Christianity preaches about love, acceptance, and being patient – yes, even with one’s enemies.

One’s perspective can often be broadened by talking to someone of a different, less-understood viewpoint. Seeking to understand before reacting is almost always the better part of valor. For some reading this article, that might be investigating the libertarian perspective for the first time.

2. Jesus Did Not Elevate Charity Over Spiritual Things

Voting should not be a legal or ethical problem for anyone, and it shouldn’t be taken for granted.

If anything, voting for your party may be a test of one’s faith and conscience. And in that regard, rereading the scriptures may help you reach a viewpoint closer to your core beliefs.

When analyzing the teachings of Jesus Christ from the Gospels, Jesus is sometimes inaccurately portrayed as a singularly self-sacrificing figure – despite the fact that he stressed individual self-responsibility and anti-government messages on several occasions.

However, this line of thought is not suggesting that Christians never can work with (or for) the government. Listen to LCI’s previous podcast on “Protect and Serve” in which service to the state is discussed.

3. At the Heart of Catholicism is Love for Humanity

The Church and our traditional theological positions are to be the final authority on matters of faith, not any government or any political ideology.

But it’s also worth noting that Pope Francis once said: “Love and charity are service…When you forget yourself and think of others, this is love! And with the washing of the feet the Lord teaches us to be servants.”

When it comes to politics, what is most important is for Christians of all persuasions, Catholics included, to remain true to the spirit of Christianity: love and service. That is, to give to others who are in need, to serve others in whatever way you can afford to do so.

Therefore, the libertarian philosophy is a choice people can indeed make after considering various political intricacies because of its emphasis on avoiding aggression and treating their neighbor the way they would want to be treated.

4. Forced Service is Not Charity

Many Christians feel that the government should not dictate how one ought to use their resources to help others.

The individual should do so in advance of any government ultimatums simply because they love Christ and the Church – far more than they love their own material wealth.

Forced service is not from the heart. It’s worthless, especially if the one giving is being coerced physically, legally, or emotionally to follow someone else’s morals.

Forcing someone to be charitable with their money is not the moral or kind thing to do. If anything it wreaks of oppression and takes away the very notion of charity – to give gifts out of a spirit of love.

How to Reach Out to the Catholics in Your Life

A crucial component of Jesus’ ministry was personal responsibility – to exercise faith in his heavenly kingdom and follow him. Because putting more faith in either government or wealth would be contrary to being a disciple of Christ.

Despite our associations with saints and self-sacrificing Christians, such qualities are secondary to the primary mission of The Roman Catholic Church, by its own admission. The Church professes loyalty and obedience to Jesus, and submission to proper Church authority.

But the two greatest commandments of all, indeed, were to love God and love your neighbor.

If you can make peace and friendship with someone you disagree with, you have truly won them over in Christ-like fashion. Open your mind to their perspective and always treat people with respect. In the end, this loving attitude may touch someone’s heart to reconsider your perspective.

Kate Westwood is a content partnerships manager at House of Joppa, which sells Catholic gifts and souvenirs. Kate is passionate about her faith and enjoys sharing her love of all things Catholic with others.
All Posts
About Articles on LCI LCI posts articles representing a broad range of views from authors who identify as both Christian and libertarian. Of course, not everyone will agree with every article, and not every article represents an official position from LCI. Please direct any inquiries regarding the specifics of the article to the author.

Did you like Can Catholics Be Libertarian? 4 Things You Should Know About Catholicism and Libertarianism?
You may also like These Posts:

Read More »
PrevPrevEp 308: Christian Nationalism in the United States with Paul Miller
NextLibertarianism Does Not Require Making Jesus into a Modern ManNext