Abortion Agorism: How a Post-Roe Black Market for Abortion Will Hide in Plain Sight 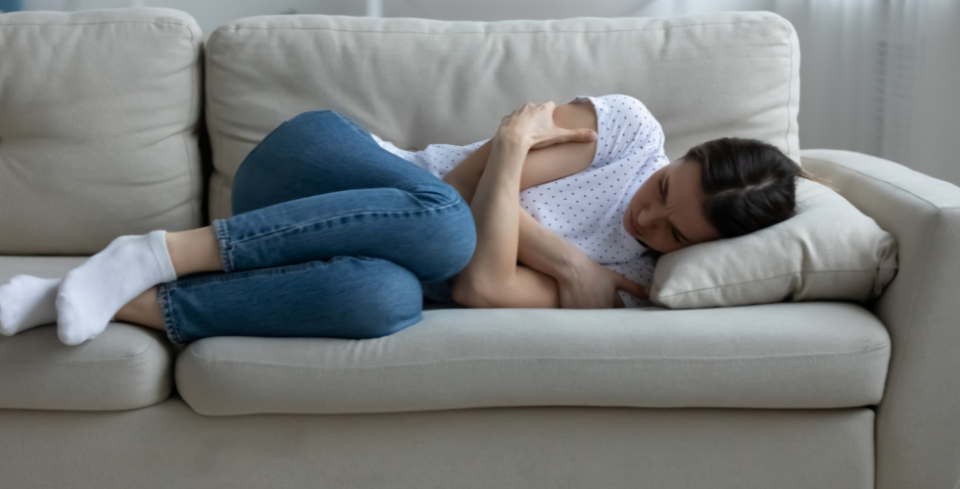 I’ve been warning prolifers that abortion would find a home on the black market. This is based on an elementary understanding of basic economics. However, conventional pro lifers balk at the idea. There really is a belief overturning Roe means fewer abortions, and abortive women will be caught and convicted. Problem solved, right? Some methods of abortion will be difficult, if not impossible, for the state to detect. So, legal bans on abortion won’t be what reduces abortions. Without a shift in demand for abortion services, writing laws simply outlaw the supply – it doesn’t eliminate it. Especially given just less than half of the states are expected to keep abortion legal. The black market for abortion will be hidden in plain sight.

Contents show
1 How a Post-Roe Black Market for Abortion Will Hide in Plain Sight
1.1 The free-flow of information on abortion
2 An “Abortion Underground?”
2.1 Method 1: Mifepristone and Misoprostol
3 Del-Em: DIY Suction Aspiration Method
3.1 Method 2: So-called “menstrual-extraction” may see a come back
4 Food & Herbal Abortion Methods
4.1 Method 3: The oft-ignored and ancient practice
5 The free-flow of information was a boon for pro lifers
5.1 Now will they attempt to shut it down in the name of the children?

Prochoicers are correct when they say overturning Roe won’t stop abortions. But the prospect of overturning Roe has always been presented as being a total end to legal abortion. As a consequence, any black market for abortion would be hidden from view in an attempt to subvert legal enforcement.

As it turns out, however, if Roe is overturned only half of the states will have bans on abortion. Something about the word ‘ban’ implies (for some) a belief that whatever is banned will cease to exist. Gun control advocates certainly think this way. Pro-life advocates also seem to think this way.

Pro-abortion advocates have already been teaching women how to “self-manage” their own abortions. And they plan to continue after an overturn of Roe, leveraging the power of the Internet. There’s nothing pro lifers will be able to do to mitigate this … well, unless they try to adopt the draconian speech-censorship of the left.

The free-flow of information on abortion

It’s a strange juxtaposition, really. It’s been the conventional prolife movement teaching people how abortion is performed. This was done to convince people that abortion is in fact murderous. And it was an effective tactic especially since sex education in schools would provide very limited information about the procedure. It seemed as though abortion was really a  “routine, safe, and effective” procedure to rid the body of the “contents of a pregnancy.”

And when pro-lifers would gain traction in public opinion, pro-choicers would describe methods used prior to Roe (allegedly) such as, coat-hangers, drinking bleach, or pumping Lysol into the womb. These fringe examples were perfect for riling both sides: pro-choice advocates insist that legal abortion means not having to resort to these more risky (for the woman) options.

Pro-life advocates either dismiss these out of hand as rare exceptions, or – worse – argue it’s further evidence that women cannot be trusted to make their own decisions about their body in pregnancy.

If this phrase immediately makes you think it refers to abortion, then you’ve been gaslit by this debate. Women are in the best position to make decisions about their own body. Libertarians affirm this in the principle of self-ownership. This extends to pregnancy, most especially. It simply doesn’t extend to the act of abortion. If we’re going to reduce or eliminate the practice of abortion, we must understand why the demand exists in the first place.

Jessica Bruder of The Atlantic highlights two prominent methods that she says will be used to ensure access to abortion (illegally) in banned states: pharmaceuticals and suction-aspiration. I will add a third: herbs and food.

In her article, Bruder details at length two options for “self-managed” abortion. One is by pharmaceuticals, what is otherwise known as medical abortion. Why does Bruder believe this will still be readily available in abortion-banned states?

“Activists in Mexico, … have been planning to help Americans with access. Some are already getting misoprostol into the U.S., by foot and by mail. Aid Access, an Austrian nonprofit, [allows] Americans who aren’t pregnant to order mife and miso for possible future use. The organization serves all 50 states, including those with restrictions on medication abortion … the organization Women on Waves, [sails] to countries where abortion [is] illegal, [picks] up patients, then [administers] abortion pills in international waters. Similar methods—floating clinics in the Gulf of Mexico’s federal waters; a cruise ship turned clinic anchored outside U.S. jurisdiction—are on the minds of American activists.”

According to Bruder, pro-abortion advocates are offering free classes, online and in person. They are teaching women how to self-administer a medical abortion. Mifepristone is still (technically) heavily regulated by the FDA, but in 2021 that began to change. The FDA now allows mifepristone to be prescribed via telehealth and shipped by mail.

But even if mifepristone is more difficult to obtain, misoprostol is quite a bit easier. Whether it’s from Mexico (or any of the organizations standing ready to subvert abortion bans), Vice recently reported the ease of access in acquiring misoprostol and DIYing your own abortion pills.

To be clear, these two pills have different actions. Mifepristone causes fetal demise through suffocation and starvation of the fetus. Misoprostol induces uterine contractions to expel the fetus. If Misoprostol is used without Mifepristone, a woman could expel a living fetus. If her body fails to do that, it can cause fetal defects thus compounding her precarious situation.

Method 2: So-called “menstrual-extraction” may see a come back

The parts could be purchased from any drug store, aquarium or medical supply. Bruder details the construction of this device (called a Del-Em) for what seems like obvious reasons. She is using her platform at The Atlantic to teach women now about how to construct and use it. She further explains that there are already “self-described ‘community providers'” performing abortions outside the conventional medical system. This is because, “nearly 90% of US counties lack a clinic that offers abortions.”

Method 3: The oft-ignored and ancient practice

The history of abortion is mired with confusion. This is probably because the language of abortion has changed over time – especially since Roe. For example, “Trimesters” were an invention of the SCOTUS. First wave feminists referred to abortion as ante-natal murder, child-murder, and ante-natal infanticide, not abortion. Abortion wasn’t categorized as a crime distinct from murder.

Further confusion seems to come from the prolife side as well. One youtuber presents the case that abortion was not common practice (something claimed by pro-choice advocates), because records from midwives don’t include abortions performed. He gets his information from a law professor named Joseph Dellapenna, who authored the (now out-of-print) book, Dispelling the Myths of Abortion. To be fair, Dellapenna himself says we can’t know how many abortions were performed prior to Roe, but that’s obviously because it was illegal. Who would keep an active record of their own criminal activity, right?

Dellapenna also explains that women associated abortion with probable suicide. As a consequence, most women with unwanted pregnancies would forgo abortion because it wasn’t worth the risk to herself. I have no doubt this is true. But whatever personal threat archaic methods of abortion were, they were still passed down and that would only happen if they were in fact being used. To what extent, we simply don’t know.

But if the sentiment of abortion prior to Roe and throughout history was that it was highly risky for the woman, that sentiment has changed and primarily due to advances in technology and public opinion. Despite the fact current methods of abortion still carry risks, they are clearly substantially reduced – at least enough to give the impression that it’s safe (for the mother).

And if history at least shows the ability of abortive women to fly under the radar, then this prospect is fundamentally not new to women. 50 years is a mere blip in the grand scheme of history. Bruder’s description of these online classes teaching women to self-manage their abortion were pretty secretive. No real names were used. Online platforms used were designed to protect identity and personal data. No doubt, any records of abortion procedures performed are doctored or expunged.

Simply put, a post-Roe era will be nothing like a pre-Roe era. We cannot have an expectation that abortion prohibition will result in anything like it was prior to Roe. The cat’s out of the bag, so to speak.

The free-flow of information was a boon for pro lifers

Now will they attempt to shut it down in the name of the children?

For the past fifty years, conventional prolifers have had the advantage of documented abortions. This data collected give us information about how many abortions are happening, why women are seeking them, what changes their minds, and (if we’re wise to it) how to respond in an effective way.

In some sense, organizations like crisis/resource pregnancy centers do exactly this. They’re the least politicized strain of the prolife movement, but under utilized by those focused more on criminalization and proselytizing.

The political right became acutely aware of the necessity of fundamental concepts necessary for freedom during the pandemic and lockdowns. Will they be called into question again? Namely, bodily autonomy, private medical decisions, free speech and the free flow of information on the Internet, remote medical appointments for mail order prescriptions (Ivermectin and hydroxychloroquine were obtained this way), etc.

Legal scholar Josh Blackman spoke with Nick Gillespie of Reason Magazine about Justice Samuel Alito’s draft opinion. Blackman warned that this decision may not only impact abortion, but whether individuals have a fundamental liberty to make their own medical decisions without state or court interventions. This is dangerous. And while I favor overturning Roe, I’m suspicious of what court opinion will replace it. What new precedent will be set?

Bruder certainly believes in bodily autonomy concerning medical decisions for abortion. (One wonders what her views on vaccines are).

“Just knowing the people who came before you had other ways of managing these things, not necessarily through a doctor or condoned by a government—there’s something really powerful in that,” she said.

If the lockdowns taught us anything it should be this: when the object of state interest resides inside of you, then suddenly you disappear. But will conservatives remember this and resist the urge to “lockdown” (so-to-speak) on women and pregnancy? Or worse, on all our medical decisions? Only time will tell.

Did you like Abortion Agorism: How a Post-Roe Black Market for Abortion Will Hide in Plain Sight?
You may also like These Posts: