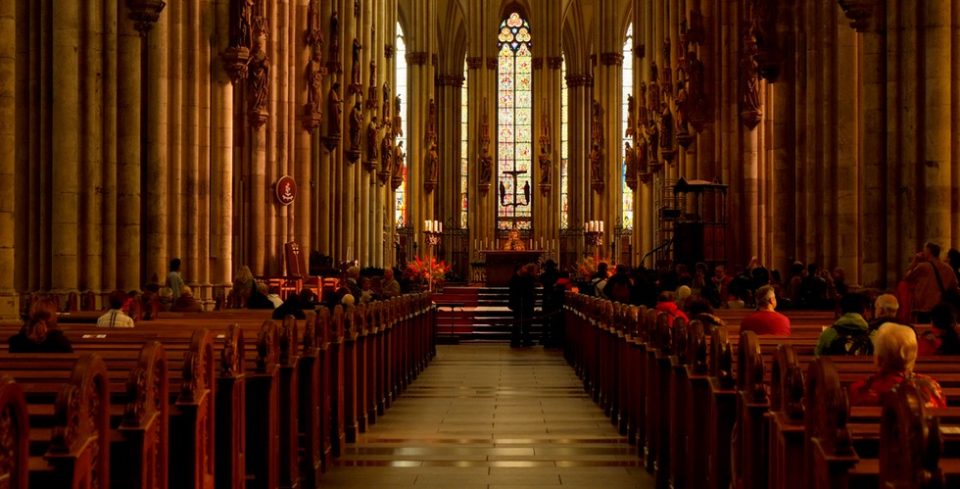 It is fitting that American Churches and the First World War was recently published since it has now been 100 years since the United States foolishly entered World War I in total disregard of the warnings of the Founding Fathers to stay out of European wars. As the author of War, Christianity, and the State: Essays on the Follies of Christian Militarism, the subject matter of this book is near and dear to my heart. Yet, it is generally an unpleasant subject, and especially when it is the story of Christians selling out to the state en masse.

The book contains eleven footnoted chapters, preceded by a list of contributors with brief bios and followed by indexes of subjects and persons. The first chapter serves as the book’s introduction, and also contains brief summaries of the rest of the chapters. Chapters two through nine examine the attitude of Evangelicals, Catholics, Lutherans, Pentecostals, Mennonites, Quakers, Mormons, and Jehovah’s Witnesses toward the First World War. The last two chapters relate to military chaplains in the First World War and the attitude of American churches toward the Armenian Genocide. Each chapter concludes with a bibliography of primary and secondary sources specific to the chapter.

The book’s editor, Gordon Heath, wrote both the first and last chapters; the rest of the authors each contributed one chapter. With the exception of Richard Gamble—author of the important books The War for Righteousness: Progressive Christianity, the Great War, and the Rise of the Messianic Nation and In Search of a City on a Hill: The Making and Unmaking of an American Myth—the authors are not household names in libertarian circles. I was only familiar with one other author, Timothy Demy, author of War, Peace, and Christianity: Questions and Answers from a Just-War Perspective. Each of the authors holds a Ph.D. and teaches or has taught at a university in the United States or Canada.

As related by the editor in the introduction: “The total cost of human life for combatants among all nations was astonishing: over eight million dead and twenty-one million wounded, out of the sixty-five million mobilized. The rate of deaths for the entire war was an average of 6,000 soldiers a day.” And then there are the millions of civilian deaths. American casualties “were approximately 235,000 injured and 115,000 killed.” Yet, “despite examples of religiously motivate opposition to the war, the majority of clergy and denominations officially supported President Wilson’s call to arms.”

Evangelical leaders of every stripe signed the “No False Peace” manifesto that “protested not just pacifists’ efforts to prevent American intervention in the European war but any negotiations to end hostilities short of the war reaching its proper outcome.” The signers viewed peace as “the triumph of righteousness and not the mere sheathing of the sword.”

Catholics initially support U.S. neutrality “even though they differed among themselves on their European loyalties during the war.” But when war was declared: “Catholic neutrality to the war disappeared almost overnight. Catholics began immediately to mobilize efforts in favor of war with very little, if any, organized resistance.” Cardinal Gibbons, the leading national Catholic spokesman, called on “all Americans to do their civic duty and support the president and Congress” with “absolute and unreserved obedience.”

Lutherans “rushed to show their loyalty to the American cause” almost as soon as the United States declared war on Germany. Lutheran groups meeting in their annual conventions in 1917 “passed resolutions of support for the government, and drafted telegrams to President Wilson assuring him of their loyalty.”

Pentecostals “articulated three nuanced positions concerning military participation during the First World War”: consistent pacifism, reserved support, and silent acceptance. Pentecostal leader Augustus J. Tomlinson “believed that Pentecostals should reject government-endorsed war by refusing to participate; bravery was not found in the taking up of arms, but in refusing those arms.” However, others “took a strong stand for Loyalty to our Government and the President and to the flag” and maintained that “absolute opposition to United States involvement in war was not acceptable.”

Mennonites are part of the “historic peace churches.” During U.S. involvement in World War I, they embodied the pacifist tradition. Many who were drafted refused to wear a military uniform and suffered greatly for it. Thousands of Mennonite conscientious objectors fled to Canada. Yet, students at some Mennonite schools “joined the military in combatant or noncombatant roles, sold liberty bonds, and raised money for the Red Cross.”

Quakers, also part of the “historic peace churches, “are well-known for their faith-based opposition to war and violence.” They were subjected to “violence, harassment, and general suspicion” in areas of the country where “public sentiment against pacifists” was strong. Yet, “50 percent of eligible American Quakers performed military service.”

Mormons “emerged from the war more fully initiated into America’s civil religion.” Given their past history with the nation, they “knew that even the slightest hesitation might be interpreted as unpatriotic.” Initial enlistments in Utah “exceeded its quota by 300 percent, and by the end of the war over 5.4 percent of the population served in the military, 17 percent higher than the national average.” Liberty bonds were “oversubscribed in Utah.”

Jehovah’s Witnesses were persecuted like members of the “peace churches” and “their men of military age were often placed under brutal army control or imprisoned for refusing to be conscripted.” With “the possible exception of the Hutterites,” Jehovah’s Witnesses “probably suffered more than any other American religious community for their unpatriotic stance.”

Did every member of each of these faith communities support U.S. intervention in World War I? Of course not. But Christians sold out to the state en masse.

I make no excuses for them. But I should point out that unlike Christian supporters of U.S. government wars in the twenty-first century, they had no Internet, no bloodiest century in history to look back on, and little or no knowledge of the evils of U.S. foreign policy. They did, of course, have a New Testament, which should have been enough to make them all oppose participating in or supporting any of the U.S. government’s foreign wars. It is because twenty-first century Christians have all of these things that I am so hard on them.

*This article originally appeared on LewRockwell.com

Did you like When Christians Sold Out to the State En Masse?
You may also like These Posts: