Jesus Shows Us What a Truly Free Human Looks Like 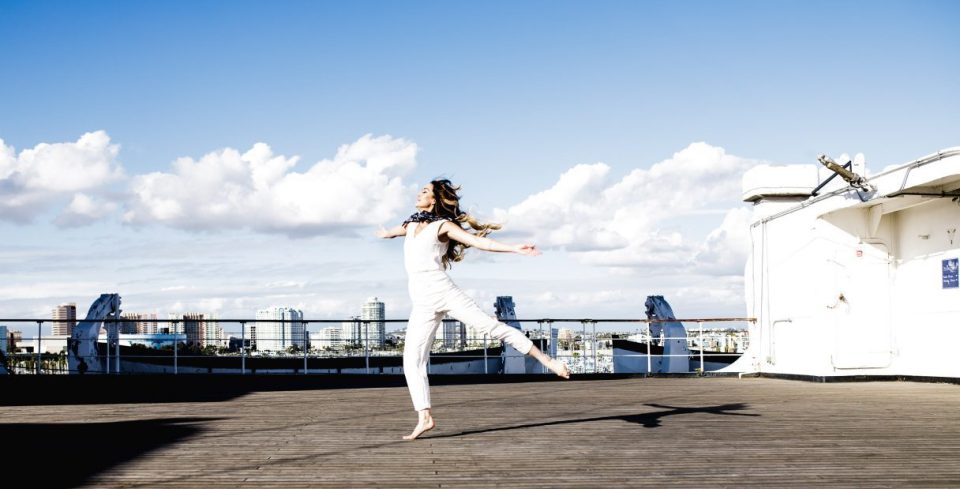 Scottish theologian Stephen Neill was excited and challenged by the story Christianity told about humanity. As a missionary, he spent many years in India before returning to Britain where he focused on training other missionaries to go to various people groups around the world.

A significant theme of his work is what Neill defines as the uniqueness of Christianity. In his book, Christian Faith & Other Faiths, Neill explains that “more perhaps than any other form of religion or philosophy, the Christian faith takes the human situation seriously. It never doubts for a moment that it is a great and glorious thing to be a human being . . . Jesus came to show what human life really is.”

He was 100 percent God, but he was also 100 percent human. So what does the Christian story of humanity, and Jesus Christ, its central character, show us about what it means to be human?

We are created in the image of God.

Contents show
1 We are created in the image of God.
2 We are fallen creatures.
3 Jesus brings true freedom.
4 Jesus gives us hope for restoration.
5 What this means story means for the libertarian Christian.

In the beginning, humanity, male and female, was made immortal in the image of God, the Imago Dei. We were made to create as God created. We were made to be in relationship with others, in command of nature, and in love with our Creator. God said that his handiwork in us was “very good.”

Being God’s image bearers, humanity was created to wield authority. Andy Crouch, in his book, Strong and Weak, calls this the “capacity for meaningful action.” This “godlikeness of humankind” deeply and profoundly describes humanity.

Understanding what creation says about humanity and the value of our creative work, places an importance on a whole host of topics in our political philosophy. It tells us that we ought to value systems that protect and reward our work. We ought to strive to let the creators create—create art, create jobs, create technological advances, and more. Using our God-given gifts and talents reflects God as the ultimate Creator and brings him glory.

We are fallen creatures.

We were made in the image of God, with all of the glorious benefits thereof, and we gave it up. Humanity sinned, and was separated from God. We were made for perfect freedom, but sin has stained the perfection of God’s creation.

The fall destroyed all of our relationships. In their book, When Helping Hurts, Christian economists Steve Corbett and Brian Fikkert claim that the fall broke four key relations:

We all live lives of broken relationships because of the fall. We were destined to reap death and separation from God for eternity for sowing brokenness all our lives. But God does not abandon us when the story reaches this conflict, when humanity seems lost. This, thankfully, is only half of the story.

The message of the gospel, the good news, is that salvation from our sins is offered through Christ Jesus who, God himself, became human flesh and lived among us.

Whereas we all live broken lives, Jesus lived a life fully rooted in what humanity was created to be. Jesus sowed what we could not. He had perfect relationships with nature, with others, with himself, and with the Father.

Having lived this life free of brokenness, Jesus made a way for us to be free by intervening in our demise. He traded his freedom for our death. This is the core message of Christianity—what we want everyone to know!

Jesus gives us hope for restoration.

Interestingly, redemption is not the end of the story either. There is one more chapter—the final act of the story of scripture, which we are still looking forward to.

At a time that only God the Father knows, when the good news of the kingdom has been proclaimed throughout the whole world, Jesus Christ will appear again. Theologian John Stott explains that we are “living in between times, between kingdom come and kingdom coming, between the ‘now’ and the ‘then’ of redemption, between the ‘already’ and the ‘not yet.’”

When this happens, Stott says, “He will raise the dead, judge the world, regenerate the universe and bring God’s kingdom to its perfection. From it all pain, decay, sin, sorrow and death will be banished, and in it God will be glorified for ever.”

What this means story means for the libertarian Christian.

“No human being ever embodied flourishing more than Jesus of Nazareth,” says Andy Crouch. The missionary Stephen Neill would agree that this is the significance of the gospel, the highlight of the human life, but he uses a different word.

Instead of flourishing, Neill calls it freedom. He says, “the characteristic dimension of human existence is freedom. On this narrow sand-bank between existence and nonexistence, between coercion and chaos, God has withdrawn his hand so far as to make a space in which we can be really, though not unconditionally, free. In Jesus we see what a free man looks like.”

This is the significance of the Christian story, and this story should inform our political thinking in two key ways. First, we should understand that human nature is defined by the gospel story of creation, fall, redemption, and restoration. Second, through this lens, we can see that we are made to emulate God’s creativity, to live in relationship and community, and to receive salvation through grace that is individual and voluntary.

Ultimately, being a libertarian Christian is acknowledging that the brokenness of our world includes ourselves, our political and social systems, and our intellectual constructs that we depend upon to make sense of this world. It is about taking the human condition seriously, but looking always to Jesus Christ to learn what a fully free human can look like.

Editor’s note: Jacqueline Isaacs is the co-author of Called to Freedom: Why You Can Be Christian and Libertarian, from which this post was adapted. The audiobook version is now available! Download here and start listening today! This article adapted from its original in 2019. 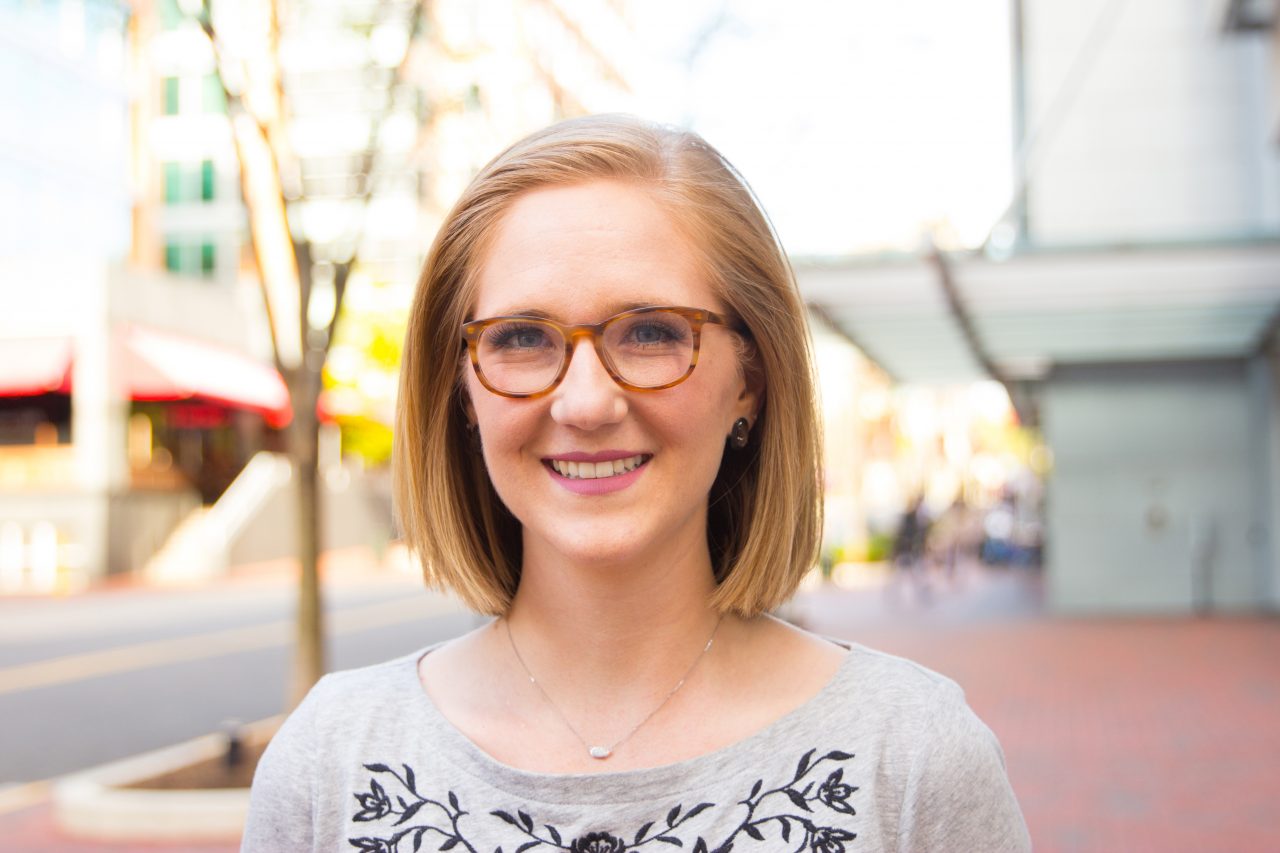 Jacqueline Isaacs is the strategic director of Bellwether Communications and serves as the firm’s managing partner in Nashville, TN. She earned an MBA in marketing at Johns Hopkins University and a BS in government at Oral Roberts University.
All Posts
About Articles on LCI LCI posts articles representing a broad range of views from authors who identify as both Christian and libertarian. Of course, not everyone will agree with every article, and not every article represents an official position from LCI. Please direct any inquiries regarding the specifics of the article to the author.