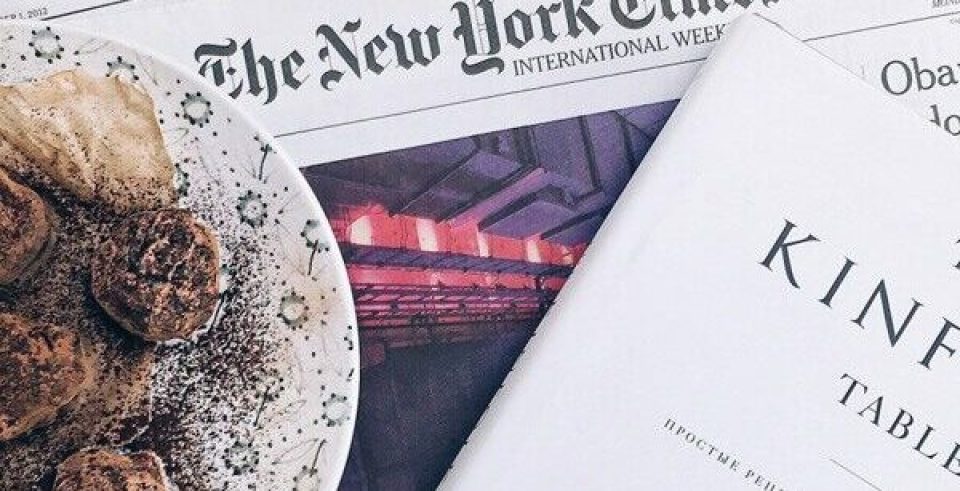 First, a few noteworthy items and then some insights from a conversation I recently had…

Show I’m watching: The Mandalorian Season 2 is here! BABY YODA IS BACK! ;-)

Book I’m reading: Open Borders: The Science and Ethics of Immigration by Bryan Caplan and Zach Weinersmith. Caplan’s graphic-novel-approach to the immigration debate is fun and informative.

Also, don’t forget that we’re in the final pre-order days for the Kindle version of LCI’s new book Faith Seeking Freedom: Libertarian Christian Answers to Tough Questions. It’s just 99 cents for now, and releases November 10. On Nov. 11 the price will increase. It’s awesome, get it, end of story.

Prior to the election, theologian and pastor John Piper wrote a piece about “policies vs. people” that made a splash, since even as a theological conservative he did not come out with a Pro-Trump message within it (though he didn’t really give any solid indicator of how he would vote other than “write-in”). Then, Wayne Grudem took it upon himself to respond with a VERY Pro-Trump article. If you, like me, are not always paying major attention to writings of major evangelical figures, this is enlightening. I agree with neither of them, but knowing what they are writing is valuable.

Of course, even prior to the increasing likelihood of a Biden win, libertarians were getting blamed as spoiling the election for Trump. Reason had two interesting posts on the topic, noting that third-party voters would rather sit out an election than vote for a major party, and that no one is entitled to the libertarian vote.

I had a conversation to this effect this week as well. It started off when A. (I won’t use any actual names here) said “Thanks again to the ‘3rd party’ voters…  I can’t believe people keep falling for this BS” as he mused on how libertarians in particular should have been Trumpers. Nevermind that apparently GOP get-out-the-vote campaigns didn’t “work” well enough for them, as though they deserved them as well. But I noted a few things in response:

“Maybe if the Republicans didn’t alienate us 3rd party voters like in 2008 and 2012, it’d work out a little better. Maybe if the system weren’t rigged against 3rd parties to begin with, we wouldn’t have the factionalism that the founding fathers warned us about.

Maybe if Republicans fielded better candidates instead of shunning good guys like Ron Paul, we’d be inclined to vote for them. Maybe if they didn’t try to guilt-trip us every single time with ‘you’d better do this or the big bads win’ we wouldn’t roll our eyes from the condescension.”

To which, A. replied: “So the answer is [give the country the finger] and let it all burn? Talk about cutting off your nose to spite your face.”

Me: “Nope. It’ll be business as usual just with some different letters in power. Notice the latter half of that again… Also, the answer is simple, really… run a good candidate.”

Me: “There’s the condescension again.”

A.: “Well when it’s deserved…Thank yourself if they get away with the massive fraud we’re seeing right now. Every. Single. Swing state in play right now, JJ votes would make this fraud nonsense almost inconsequential.”

Note at this point the repeated denial of reality. The blame cannot be on Trump, it’s gotta be elsewhere! Third parties! Fraud!

Me: “LOL, sure, because MY vote really counted this election. Really. It made all the difference. Doggone it, why won’t libertarians kowtow to Republicans? The Republican leadership have no one to blame but themselves for a loss, if that so happens.”

Then another party, we’ll call him B., enters the discussion. I like B. a lot, even though we disagree. This is where it gets particularly interesting.

B.: “It won’t be business as usual. I have all the same frustrations. On one hand, Trump could’ve had 10-20 points higher support if he could control himself better, and he’d be 10-15 points higher if the dems + media + big tech hadn’t been relentlessly accusing him of the shit they’re apparently guilty of for 3+ years. Running Romney and McCain? Ughh. We’ve had terrible candidates. But, this idea that it’s just business as usual, as if we have a static system, is a myth. The ideas that have been simmering in academia for the last 20-30 years are in the wild, and there’s a measurable acceleration in their effects in public life (politics, economics, etc.) since 2010-2013. One of those, being critical race theory, is practically worshipped like a religion on the left, and Biden’s platform buys into it 110%.”

I appreciated this response since it was more measured, and I spent considerable more time to write the following rejoinder, and I think you’ll get something out of it as well:

Me: “B., thanks for making an argument that was not condescending. I disagree to an extent worth putting hands-to-keyboard, though, so here goes…

“First off, I do agree that Trump would probably have done better had he controlled himself more. Albeit, one might argue that part of his “appeal” to some was his loose-cannon nature, and he is a performer by trade and loves the attention.

“Second, “business as usual” is not a “static system”. No illusion of that. But the differences between the parties are not super-huge. Make no mistake, politics is downstream of culture. So if you’re looking to the political sphere to fight the culture war, you’ve chosen the wrong battlefield. If we only act in a reactionary way through the political sphere, we lose. And if we put our trust in princes, eventually God gives us over to a tyrant king.

“If we view our government as some kind of protector in this culture war, then we’re basically letting the fox guard the hen-house, and again we will lose. Maybe, just maybe, you got a temporary reprieve through Trump, and maybe just maybe you might even get another four years of it, but this is at best a shot across the bow in a fight that, realistically, got started well over a decade ago, and easily has another decade or two left. (You could potentially argue that Trump’s polarizing nature led to acceleration of the problems and did not buy us time, but that’s another argument for another day. I don’t know for certain.)

“Some policies are different, sure. But these are on the margin. The policies criticized by the other side get accepted when they’re done by the favored party (or at least panned substantially). Welfarism is bad, says Trump/Republicans? Not when I’m “helping people” through a “pandemic”! I guarantee you every Republican would have been up in arms had a Democrat been president and proposed such a measure. The SCOTUS is kind of a minor case in point here as well. I totally get it that they would resist an Obama appointee and use the rhetoric that “the next congress/pres” should choose him/her. They had the votes, the dems didn’t, they could get away with it then and similarly this October. And the dems would have done the same thing in the reverse. Whoo frickin hoo.

“The point is, “margin” voting like this is not of interest to me, and neither is it of interest to millions more. But the fact that some do indeed get convinced into it, and that is the system in which we live, is something to be unabashedly SCORNED, never praised.

“One more thing… This year, I was told that voting third party was “throwing my vote away”. That this meant my vote “didn’t count”.

“I was also told by Republicans that a vote for a third party was a vote for Biden. So my vote doesn’t count, but it counts for Biden too.

“Then again, Democrats told me that a third party vote was a vote for Trump! Wow! So now I’m not counted AND voting for both parties!

“So then I said, well maybe I just won’t vote! NOOOO the Dem said, you can’t do that, that’s just a vote for Trump!

“Nooooo the Republican said, you can’t do that, that’s a vote for Biden!

“Every way I look, apparently I’m voting for every candidate no matter what I do, except for the candidate that I actually want. Apparently, you need to vote to be heard because its your “voice” and it’s essential and it’s your patriotic duty, but nobody wants to hear unless you’re on their side already. YOU GOTTA VOTE, well, unless you’re gonna vote for the other guy, in which case you’re just throwing your vote away. Which is a vote for the other, other guy, you’ll recall.

“Welcome to the American political system.”