How to Challenge Your Governor 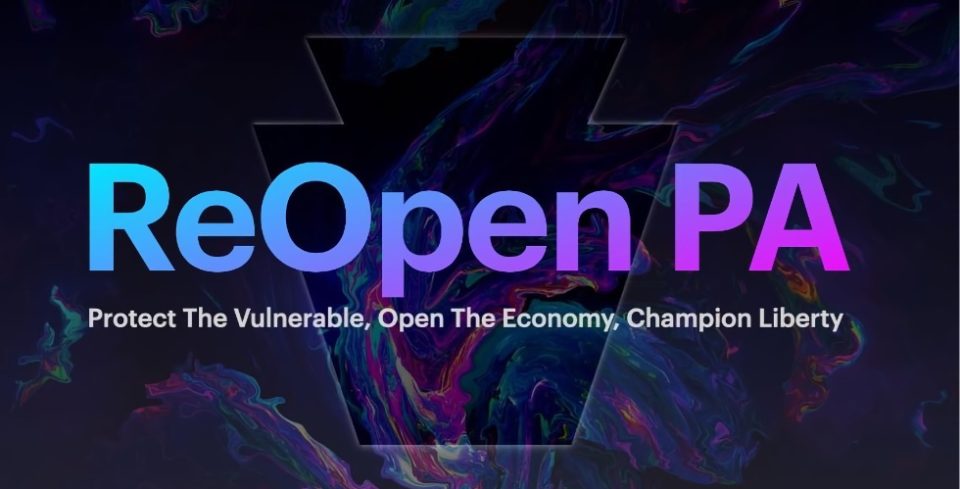 This guest post is by Matthew Bellis, a member of LCI’s Advisory Board and co-founder of the ReOpenPA movement.

One of the stricter lockdown states in the country has been Pennsylvania. Mask orders, capacity limits, forced business closures, corrupt waiver scheme, shifting safety standards, vague color charts, never-ending emergency declarations, on and on it goes. For many months the people have rallied under ReOpen PA and the Adams County Patriots groups. Many times when there would be a rally or protest, we would see movement one way or another from the Governor. We had seen legislation passed, then disputed, declarations made and tabled, propositions held and then let go of. Frankly, the liberty loving people of Pennsylvania has had enough, and on September 12th, we gather to express as much.

At the Assemble for Freedom 2.0 at the Harrisburg Capitol, thousands gathered to mourn 9/11, take time out for veterans, and protest Governor Tom Wolf’s actions due to COVID-19. I was in attendance and was asked to give a speech. Instead of giving a heartfelt speech on the importance of individual liberty in times of emergency, I felt it necessary to lay aside the important rhetoric and speak to him about the cautionary position he had found himself in.

Good afternoon everyone, I’m so glad to be with you all today, and to see the message of ReOpen has not waned. It has become too painfully obvious, what type of situation we find ourselves in. We find ourselves in the midst of a great divide in our fair state. On one side, we have power hoarding politicians. Who squeal at the delight of commanding, ordering, and delegating the lives of others, and on the other side, We Have Patriots! Free men and women who tirelessly stand up for the rights of others and themselves. On one side we have a mantra of shut down business, restrict trade, choke out commerce, and delay prosperity, The other, we have a group of people who lovingly, gladly, and proudly say encouragingly to everyone MIND YOUR BUSINESS. We have seen over the past few months, liberty trampled, rights violated, promises abandoned, and anger inflamed. Frankly, we must state it plainly, we are divided and rightly so! How can you find compromise with a Governor who thinks he knows all there is to know about life, health, and the economy more than the millions of individuals who live it out everyday. But every now and then, we must put aside our anger, lay down our pride, and speak with compassion to those whose destruction is made up entirely of their own doing. So in this moment I want to do, what I’ve not done before on the steps of this Capitol, I want reach out specifically to my Governor.

I want to speak directly to you. Not as a Pennsylvanian to his governor, but as a man speaks to another. Now I understand your hubris and pride will get in the way, and your mind might be dead set against me, but I need you to hear this. I don’t know who is caring for or minding the state of your soul, if no one will do it, Tom, let me be that person. You are currently doing irreparable damage to this state, to it’s people, and to yourself.

Your legacy will go down not as a governor who did his level best to keep his people from harm during a pandemic, but one who put politics over people, dodged his responsibility and hid, you seized an opportunity for extra-constitutional power and squirreled it away for yourself, who denied the voice of the people and their representatives, and ultimately along with neighboring states like New York and New Jersey, and others like Michigan and California, deliberately put our senior citizens in harms way by directly exposing them to Covid in the confines of their homes. Even when science and experts from the beginning told us to protect our elderly and most vulnerable, you decided for one reason or another to defy reason and place them directly in harms way.

Tom, what were you thinking!? You have brought entire industries in this state to brink of extinction. Some 40% of restaurants reportedly will not come back, owners, servers, chefs, cooks, bartenders, hosts and all of the support for our restaurants have been severely damaged, some have lost everything, and everyone has lost something, due to your decisions. You pitted companies against each other through your waiver scheme, and hid the information when it was time to come public. You chose some industries over others, and hampered the work of the entire state, many have lost their jobs, companies, and income. Again some lost everything, and everyone lost something. There is not a person here that your disastrous decisions have not touched.

But hear me Tom, very plainly, you aren’t making these decisions in a vacuum. You aren’t playing with policies, you’re playing with people. For some, we forget what that truly means. It means that you are doing direct harm to people who bear the very image of God. I use that language, “image of God” very deliberately. Because ultimately Tom, these aren’t your people, the people of Pennsylvania belong to God. Our Lord is seated in the judgement seat, and one day, whether you claim him or not, you will have to give account for the decisions you make today. You will be asked what you did with the responsibilities given to you, and you will have to give an answer. It is an eye of a needle by which we all must pass and you will be found in Christ, or outside of him.

You, Tom have been given a great privilege but you are not the highest Governor, there is a Governor of Governors, a President of Presidents, a King of Kings, and a Lord of Lords, and Tom you are supremely responsible to him. It is his kingdom that we live in, not yours. To deny the rights that he gives to his image bearers, is a sin most grievous.

I urge you Tom, before these people and God himself, turn away from decisions you’ve made, repent and turn to Jesus. He is your refuge, he is your rock, he is your Lord. This is a charge I urge to you with all good nature, Tom I want to see you win, I want to see you made whole, but I fear that callousness will become deeper, and your heart become a heart of stone.

Woe to those who make unjust laws,

to those who issue oppressive decrees,

to deprive the poor of their rights
and withhold justice from the oppressed of my people,

making widows their prey and robbing the fatherless.

What will you do on the day of reckoning, when disaster comes from afar?

To whom will you run for help? Where will you leave your riches?

Nothing will remain but to cringe among the captives or fall among the slain.

Lord Jesus, hear our prayer for our state, heal these people, protect those who are vulnerable, and give justice to those who have been harmed. Turn Tom Wolf’s heart to a heart of flesh, bring him to repentance, let him seek after you. Let us learn, heal, and be restored in your will. In your name we pray, AMEN.

Read More »
PrevPrevJesus is Never on the Ballot! So what?!
NextThe Church of God Among the NationsNext