This article continues a series of weekly posts originally authored by David Lipscomb, an important figure in the Churches of Christ in the 1800s. Learn more about Lipscomb’s background here and here, and see other references to him on LCI here. The series is titled “The Church of Christ and World-Powers”, and it was also originally published as a series of 18 articles in The Gospel Advocate in 1866. (To read from the beginning of the series, start here.)

In the following, Lipscomb begins describing how God has executed and delegated his authority with and through humans. God’s act of creation first establishes it, and he then delegates certain authority to his creation while also being the law-giver. Lipscomb notes that God does not “interfere with the exercise of that authority” once it is given, and moreover: “God reserved to himself the sole right to govern and control man, the assumption to govern himself or to govern his fellow man was an interference with God’s prerogative.” In other words, God has never left mankind without sufficient instruction to operate within this world, and those who presume to take power unto themselves subvert God’s natural established order. Sound like anything you know? You guessed it, he’s building his argument against the State, or what Lipscomb will term “human governments.”

We propose investigating, at this time, the relationship of the church to the political institutions of earth. In the investigation of this subject, we shall use certain terms, very common in themselves, but hardly with a sufficient definiteness of meaning to permit a use of them in this investigation, without first defining them. We shall use the adjectives, civil and political, when connected with the institutions of earth, as indicating those of human origin, in contradiction to those of divine origin. Civil government then, is a government founded by man for the well-being of the human family, in contradiction from a government founded of God for man’s well-being. With this definition, it will at a glance be seen that no civil or human institutions can exist in a government exclusively of God. Hence we never hear of a civil policy in the Church of God. God alone is the law-giver to his church. It also behooves us in determining definitely what relationship now exists between the Church of Christ and the political governments of the world, to inquire into the origin of each, whence did they originate, how stood they with reference to each other in the beginning, too, the successive changes that have taken place in each, with reference to the other, and how these changes have been regarded by God, the great arbiter of right and wrong. By pursuing this course we feel sure that a definite and clear appreciation of the relationship of church and state, may be arrived at, which will be of benefit to both, if acted upon.

Commencing then with the first creation of man the subject of both the human and divine governments, we find that God, in proposing to create him in his own image, declared that, “he shall have dominion over the fish of the sea, the fowl of the air, and over the cattle, and over all the earth, and over every creeping think that creepeth upon the face of the earth.” Man, having been created, receives his commission to live and act. In that he is empowered to, “subdue the earth, and to have dominion over the fish of the sea, and over the fowl of the air, and over every living thing that moveth upon the earth. Gen. 1:28. All authority is of God and from God. He, the maker of all things, alone had the right to assign to every created thing its position, functions, and powers.

There is no person or thing then in the universe that can rightfully occupy any particular position or exercise any especial authority or power, save by appointment directly from God. All other exercise of authority must be in rebellion against the Creator. God here directly delegates to man the right to subdue and control the whole lower creation. He is assigned the position of head of this under creation, and has the unquestioned right to hold it subservient to his own will and to command it to the accomplishment of his own purposes.

But who governs and directs man? Has God empowered him to control and direct himself? We find no such power delegated to him, but on the contrary He says, “that it is not in man that walketh to direct his steps aright.” But in contrast with his delegating this authority to man to control the brute creation, the inspired historian says, Gen 11:16, “The Lord God commanded the man.” In other words, I have given you, man, the right and power to control and use under creation, but I reserve to myself the right, the sole right to govern and control you.

It is noteworthy, that when God once delegated authority to an under agent, he never himself interfered with the exercise of that authority, or reassumed it to himself. Hence, having once delegated to man the right to control the under creation, he never interfered with the exercise of that right. So we find him nowhere issuing commands to the under portion of creation. Still less, we may safely conclude, will he tolerate interference upon the part of man, with what he has reserved to himself as his peculiar prerogative. Then God reserved to himself the sole right to govern and control man, the assumption to govern himself or to govern his fellow man was an interference with God’s prerogative.

In accordance with this reserved right or prerogative of God, we find that he has always made provision for its exercise, by keeping continually a government of his own, in which he proposes to direct man. In the Garden of Eden he governed Adam, to provided for his government, by commands given directly to him in person. When he chose to try his own capacity to direct his steps aright, death, with its untold horrors, resulted. When Adam refused to obey his Maker’s law, as thus given, was driven from the garden of Eden, God still provided a government for all who were disposed to submit to his authority, though the patriarchal institution. In this the father was law-giver and law executor of God to his family.

When the family, that recognized God’s authority, had grown in numbers and proportions to the strength of a nation, God changed his institution from a family to a national government. Under this establishment Moses was not the law-maker, but the law-giver to the Jewish nation. God, himself alone, was the law-maker. We wish it observed that there was no human or civil polity in the Jewish government as it came from its maker. God gave the law through Moses. Through the Prophets and Judges, God applied his own law to the difficulties and differences that arose among his people, and himself through his Urim and Thummim decided every dispute that was brought to His judgment seat. There was here no human legislative, judicial, or executive authority, save as it was under the direct guidance of God.

This institution having superceded [sic] and supplanted the Patriarchal dispensation, continued until perverted by the introduction of a human polity, it corrupted the people it had been established to keep pure. When this people, as a whole, had rejected God’s government, and had substituted instead thereof, a human one, God rejected them as his people. Howbeit a few of that nation had, in spite of the influence of the perverted government, maintained their integrity to God. Under the providential workings of God with the other nations of the earth, the minds of some individuals of other nations had also been prepared for the reception of God’s government. He then introduced a new dispensation suited to embrace individuals, many or few, under any and all the nationalities of earth and for all time. This new dispensation, universal in its nature, superceded [sic] and supplanted the Jewish national dispensation, as it had done the patriarchal, but this is to stand forever.

God then, in accordance with his design of governing man, has at no time left himself without a government. These governments have been at all times complete and perfect in themselves, needing no interpolation or addition from human hands. To the Jews he said, “What thing soever I command you, observe to do it, you shall not add thereto nor diminish from it.” Deut 12:32. In the universal or Christian dispensation, he said, “All Scripture is given by inspiration of God, and is profitable for doctrine, for reproof, for correction, for instruction in righteousness, that the man of God may be perfect thoroughly furnished unto every good work.” 2nd Tim. 3:16. “For I testify unto every man that heareth the words of the prophecy of this book, if any man shall add unto these things, God shall add unto him the plagues that are written in this book, and if any man shall take away from the words of the book of this prophecy, God shall take away his part out of the book of life, and out of the holy city, and out of the things that are written in this book.” Rev 22:18,19. So God has always provided an institution for man’s government, free from the defilement of human hands. In his government then there can be no civil or human polity. (Jan. 23, 1866, pp. 56-59) 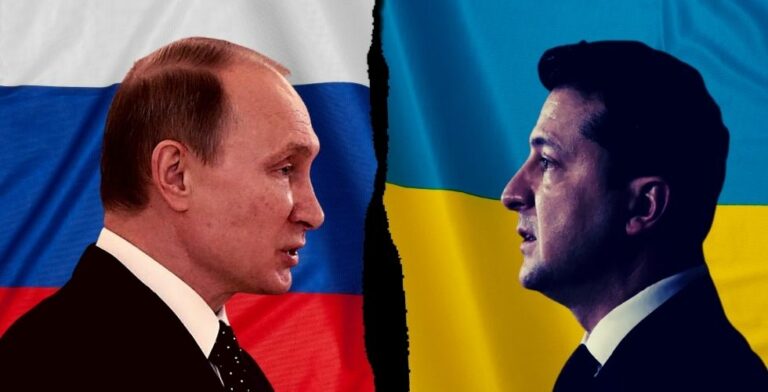 Read More »
PrevPrevEp 185: Christianity in China, with Jason Szeftel
NextEp 186: Bitcoin and the Christian, with Brian Harrington and Josh HumphreyNext