Does God Take Part in Wars? 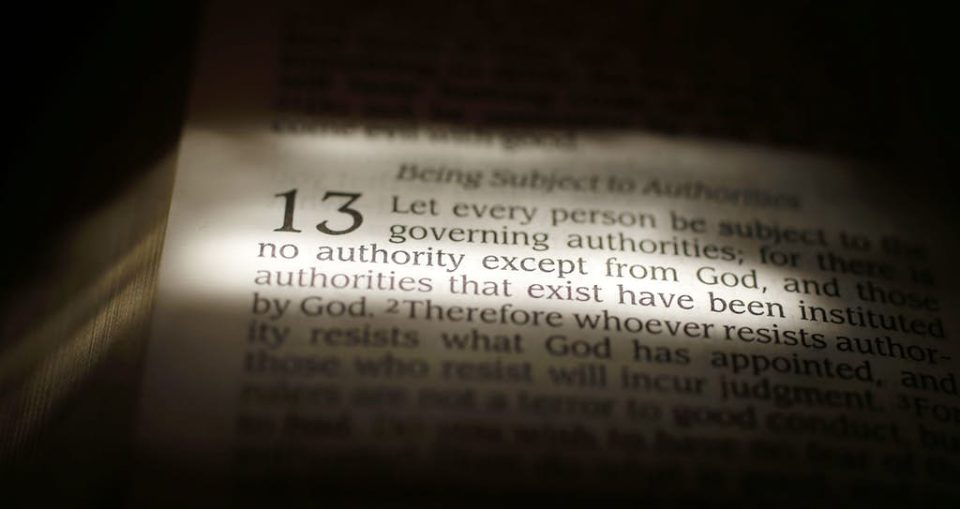 The article below was written in January 1866 by David Lipscomb, an important figure in the Churches of Christ in the United States. Learn more about Lipscomb’s background here and here, and see other references to him on LCI here.

A few particular points come to the forefront in the short piece. First, he distinguishes the way in which God interacted with the nation of Israel versus the church today. He argues that Christians should have no part in the kingdoms of this world. This is more than a “separation of church and state” as we might understand it today, and sounds rather similar to the “Benedict Option” proffered in recent years by Rod Dreher. Second, note the general argument Lipscomb makes in regards to Romans 13. Submit to the powers that be, he says, because you are set apart. This is God’s injunction. Third, he applies this argument to the position of southern states. As we know, Lipscomb was adamantly opposed to war and to slavery, and he advises that the “duty and interests” of the South is to submit cheerfully. They shall “find labor and honor in a higher, holier, heavenly nationality.” You get the full impression that Lipscomb does not think nearly as high of political ambitions as any of his contemporaries would. That is a good lesson for us today to remember.

I post articles like this not because I am in full agreement with them, but I believe it important to understand church history and our Christian forebears. Church history is theological history, and if we purport to care about theology at all, we ought to care about our history. You’ll continue to see more of these articles on LCI in the coming months as I continue this area of research.

Does God Take Part in the Conflicts of the Kingdoms of This World? — Gospel Advocate, January 9, 1866.

It is a question of interest with many, whether God, in his providence, takes part in, or in any manner overrules the strifes and conflicts in which people and nations frequently engage in the present age of the world. It is clear, from the teachings of the Bible, that in ancient days He directed and controlled the Jewish nation. He fought their battles for them when they obeyed and trusted him, withdrew his aid and overthrew them when their faith grew weak or they refused obedience to him. God’s dealings with the Jews were had, not alone for themselves, as Paul says but for us who should come after them. “Now these things were our examples to the intent that we should not lust after evil things, as they also lusted.” “Neither let us tempt Christ as some of them also tempted and were destroyed of serpents – neither murmur ye as some of them murmured and were destroyed of the destroyer.” “Now all these things happened unto whom are come the ends of the world.” 1 Cor. X. 6, 11. Yet no political government at the present day occupied the same relationship to God, that the Jewish did. It was the type, not of the political governments of the world, but of the Church of Jesus Christ. God deals with the church, not the nation, today, as he dealt with the Jews in days gone by.

The Jews, the natural branches were broken off, through unbelief, and believing Gentiles engrafted into their positions. These teachings, admonitions, examples, &c. [etc.], are instructive lessons to the church and to Christians, but whoever applies them to governments and the unbelieving of earth, grossly perverts the scriptures of truth. We must seek for our example in some other institution than the Jewish nation. We may easily find these types in the human institutions of the ancients. The human governments of the present are the direct, legitimate descendants of the human governments of ancient times. The Kingdom of Babel, the first organized human government known either to sacred or profane history, founded by Nimrod, the grandson of Ham, soon grew into the might Babylon, reigned as a hectoring tyrant over the weaker nations of earth, that sprang into existence after its own example, rioted in sin, and died weltering in the blood of its own subjects, leaving as the inheritor of its possessions, pretensions, and wickedness, the Medo-Persian Empire, which inherited, too, its fate, as presented to us by Daniel in his interpretation of Nebuchadnezzar’s dream. It soon gave way to the Grecian, and it, in turn, to the Roman; of which last, all the governments and nations of the earth, are but the broken and severed fragments. Do we wish to learn then the nature, mission, and destiny of these earthly governments, the true position they occupy with reference to God and his church, together with the principles of God’s dealings with them, we must go to the record of his dealing with those ancient governments of human mould. No one certainly can doubt, but that he took cognizance of these wicked nations, and to a certain extent overruled their actions and destinies. He used them often to accomplish his purposes, not as his approved institutions, but as fitted for certain kinds of work. See Isaiah x, 5. “O, Assyrian the rod of mine anger, and the staff in their hand is mine indignation. I will send him against an hypocritical nation, and against the people of my wrath will I give him a charge, to take the prey and to tread them down like the mire of the streets. How-beit, he meaneth not so, neither doth his heart think so, but it is in his heart to destroy and to cut off nations not a few.” Here we find it distinctly stated that God used the Assyrian government, to punish his own hypocritical nation, the Jewish people, who professed to obey him, yet did it not. Still he says that this Assyrian does it not with the view of honoring God, “he meaneth not so”, or for the purpose of punishing, and so purifying his servants. In the 15th verse the prophet represented him as merely an instrument in the hands of God, yet has himself no idea of honoring God. “It is in his heart to destroy and cut off nations not a few.” From the 10th to the 19th verse, God’s punishment of this same Assyrian for his crime in cherishing this wicked spirit, is plainly foretold. Again, Jeremiah xxv, tells how he uses Babylon, wicked, ambitious and blood-thirsty as she was, to destroy other wicked nations around and to punish by captivity and slavery, his unfaithful children. In the 1st chapter, the prophet gives an account of the fearful day of reckoning with Babylon, for the blood-thirsty spirit, which God had not made, but simply overruled and directed. Thus we find God using and controlling the world-institutions of ancient times, as instruments for punishing his wicked children, destroying his enemies, and in turn destroying those he had thus used, with a fearful desolation. We find no intimation of a change of God’s course with reference to them, but rather that he still thus uses them, and will, to the end. Rev. xvii, 17. “For God hath put in their hearts to fulfill his will, and to agree and give their kingdom unto the beast, until the words of God shall be fulfilled.” It is no evidence then at all that one nation is more wicked or less approved of God than another. Babylon was not less odious in the sight of God than the world kingdoms which she destroyed, and especially was she not more approved and beloved than Judea whom she carried captive. The day of her reckoning had not come. Judea was punished, Babylon was destroyed. The Jews continue in a state of punishment to this day, but, doubtless, have yet a glorious future in store. Babylon is a howling waste, and her people have long been extinct. See Isaiah xxvii, 7.

We would say to our friends of the South then, their duty and interests are to submit quietly and cheerfully to the decision Providence has made in the fearful arbitrament of their own choosing. While taking this decision as a providential indication that God intends them not to run a race of political human nationality, let them accept it as a divine call to find labor and honor in a higher, holier, heavenly nationality. While it, to some extent, weans them from their undue affection for the worldly, may that affection be transferred and concentrated in the glorious and immortal Kingdom of our Lord and Savior Jesus Christ.

Then, indeed, would the chastening rod prove a blessing, and the hour of humiliation be the highest moment of exaltation. To our friends of the North we would say, “be not high-minded, but fear.” The self-sufficient spirit has ever been offensive to God.

The vindictive, vengeful temper, even when overruled by God to the punishment of his enemies, always had meted to it a full, overflowing measure of its own dealings. “Recompense her according to her work, according to all that she hath done, do unto her.” Jeremiah iv, 29, was the fist of God with reference to the nation he had called his own battle-axe “the hammer of his wrath.” Her king was even dominated “my servant,” in punishing his enemies. Yet because he did these things not for the honor of God, but to gratify his own ambition and vindictiveness, and to promote his own earthly grandeur, God said, “recompense him according to all he hath done.”