The Doublespeak of Black Lives Matter and a Libertarian Response 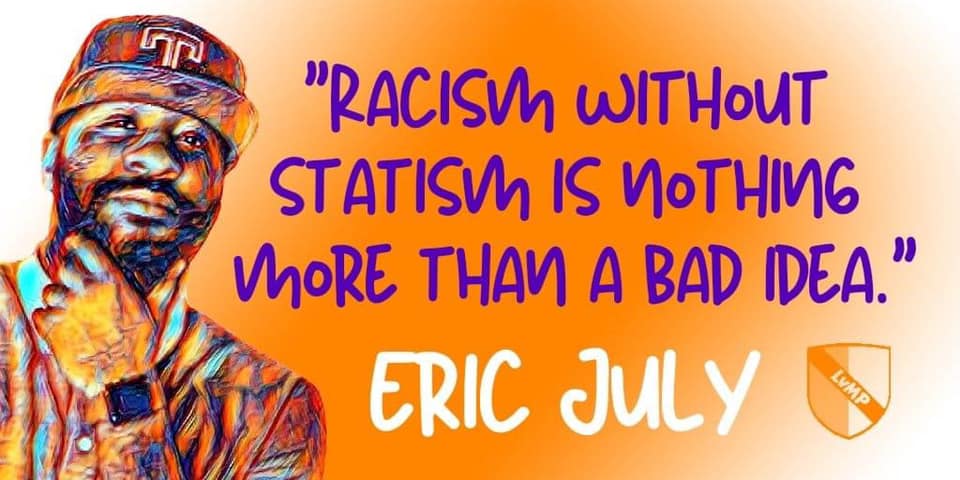 The murder of George Floyd has proven to be a tipping point in America. Not only are various politicians looking at criminal justice reform, but some police officers are abandoning their posts as they’ve done in Seattle, Minneapolis, and now Atlanta. This doesn’t seem to be your usual (and temporary) social outrage. But what is it that we’re tipping towards? What began with peaceful protests against excessive use of force by the police, has culminated with President Trump threatening to deploy the US Military against American cities by way of the Insurrection Act.

Now calls go out to abolish law enforcement as we know it and change the system. I think many more Americans are now open to change, but change to what?

Despite ignorant critics wondering where libertarians are on criminal justice reform, libertarians have been calling for a change for decades.

We’ve been specific in our aim at upholding the individual rights and human dignity of every single person. One thing we’ve continually pointed to over the past several decades, is that the system disproportionately (and therefore unjustly) targets black communities. This is evidence that the system is inherently flawed and desperately needs radical change.

In fact, libertarians not only point out the cruelty of the criminal justice system, but also how economic regulations are also cruel, like licensing requirements such as for hairbraiding, among many others. Even the economic lockdown in the name of protecting us from COVID-19 had a major (and detrimental impact) on black business owners.

It’s no secret that of self-identified libertarians, the majority are primarily white men. And these white men have been speaking against systemic rights violations by the government for decades. They continually defy the narrative that our social problems stem largely from being white or being male. And yet, while violence perpetrated against Americans comes largely from government agencies, who has become the whipping boy? White men, and now more broadly, anyone of “white privilege.”

Government agencies have been integrating people of color into their ranks in the name of “cultural representation” and diversity for decades as well. If having a culturally diverse government hasn’t solved the problem of systemic racism, then the systemic problem isn’t limited to racism.

That’s not a denial that the systemic problem doesn’t disproportionately affect black communities. It does, but the problem isn’t merely one of race. In fact, this interview Thaddeus Russell did with feminist legal scholar and attorney Aya Gruber, is quite enlightening. Gruber explains the role feminism has played in creating the very system that we now need to change. And one candidate for President (guess who!) is directly responsible for making some of these policies a legal reality.

Let me make this absolutely clear: the problems endemic in the black community are symptomatic of authoritarianism. It doesn’t matter if the authoritarians wear “blue” or “red” colors. Authoritarianism is characterized by violence; it is intrinsic to the state which monopolizes power and usurps genuine civil governance. It is truly uncivil to the core. It uses law enforcement agencies who are given unlawful protections by lawmakers who might be racist, but are definitely lusting after power. Authoritarianism can go by a number of different names: Marxism, Fascism, Patriarchalism, Feminism, Socialism, Corporatism, even classical Republicanism and Democracy are ultimately authoritarian.

So what is the solution to this problem?

The organization called “Black Lives Matter” claims to have the answer – the only answer. You can read their policy platform here. But there’s another problem brewing: if you don’t support Black Lives Matter, then you’re labeled a racist or said to be expressing “white fragility.”

Let me parse out Black Lives Matter (the formal organization) from black lives matter (the moral assertion that people of color are human beings whose individual lives and rights have inherent value).

Affirming that black lives matter is not the same as agreeing with Black Lives Matter.

Demanding the latter as if it’s the former is manipulative and deceitful.

And since black lives matter, then it is indeed time to deal with the systemic violence disproportionately affecting the black community, but is perpetrated on all of us: that systemic problem is the state itself. It’s not only the police, it’s the laws created by cowards for the police to enforce, and the justice system which fails to be impartial.

Why does this distinction matter?

America could be tipping toward freedom … if we want it to

Throughout this article I’ve included many hyperlinks which I hope you’ll explore. This conversation is long overdue and goes well beyond fanciful “what if?” scenarios. I’m also pleased to see that Matt Kibbe and the guys at Free the People have published their award-winning documentary on Restorative Justice. I invite you to watch it, and take note of how (and why) we don’t have to do criminal justice the way we’ve been doing it. (And we don’t need the state to do it!) America could be tipping toward freedom if we want it to, but if we do nothing, then it will fall into communism. We can change the system and we don’t have to abandon our humanity in the process.

Has Anti-Racism Become as Harmful as Racism? John McWhorter vs. Nikhil Singh (The Soho Forum)

The Problems With the Police, a free eBook by New York Times bestselling author Tom Woods, gets to the bottom of the questions we need answered.

The Monopoly on Violence (Documentary)

For a New Liberty: A Libertarian Manifesto by Murray Rothbard

The Law by Frederick Bastiat

Economics is One Lesson by Henry Hazlitt

Did you like The Doublespeak of Black Lives Matter and a Libertarian Response
You may also like These Posts:

PrevPrevChristians, Put Not Your Trust In Judges
NextEp 177: The Antiwar War VeteranNext