Separation of Church and Sith 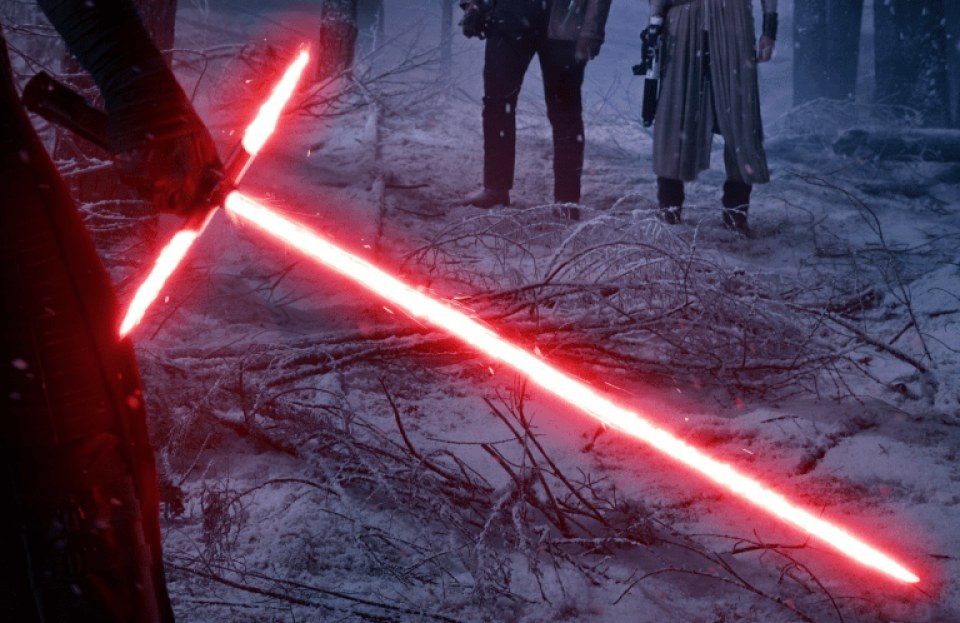 As an avid Star Wars fan, I couldn’t resist this guest post by our friend Cody Cook. Check out his great blog Cantus Firmus.

There is a powerful spiritual force that makes men obsessed with gaining and maintaining political power by tapping into their fear, hatred, and greed. Men who take a turn down this dark path become unconcerned with right and wrong, seeing them as mere matters of opinion, and focus their attention instead on the never ending quest for “unlimited power.” Individuals have no value in this “order”—anyone who opposes it is worthy of death and even those at the top can be sacrificed if it means expansion of control for this dark order.

Thankfully, there is also another spiritual force that places itself in opposition to that dark power—that resists hatred, revenge, and pride and will never give up the fight against the dark.

Of course, I’m talking about the state—a force which the Bible associates with diabolical hegemony—and the church—a spiritual kingdom that expands its borders by love instead of violence and fear.

I’m also talking about the Sith and the Jedi, two opposing sides of “the force,” which is the spiritual power that ties the universe together in the Star Wars films. The parallels between these two sets are instructive. What is it about the dark side of the force that compels those under its influence to build an empire? Similarly, why does the Bible consistently connect the state with wicked spiritual powers (c.f. Psalm 82, Daniel 10, Revelation 12-13, etc.)?

And if the state is so irretrievably wrapped up with dark spiritual forces, why do Christians, as well as the Jedi, align themselves so closely with it? The Sith lord Palpatine may be a villain, but he highlighted an important truth when he spoke about the allure of opening oneself to dark forces. In seducing Anakin to the dark side, the then Chancellor Palpatine echoed the serpent in the garden when he argued for a “larger” and more “subtle” view of the force to make one “wise” and “complete,” encouraging Anakin to ”study all [of the Force’s] aspects, not just the dogmatic, narrow view of the Jedi” (see Star Wars Episode III: Revenge of the Sith). The truth he highlighted is that it is dangerous to compromise with evil—even though it looks like wisdom to those who are perishing. That’s why when liberty died in the Galactic Senate, it did so with thunderous applause: those who gave in to empire took seriously Palpatine’s promise that it would result in a “safe and secure society.”

In other words, we give up the good for power, which we think will keep us safe. As Palpatine opines, “all who gain power are afraid to lose it. Even the Jedi.”

And even the church.

Looking back at the Star Wars Universe, we find that the Jedi, a class of religious zealots who spoke and acted with moral authority in the original trilogy, compromised this moral authority in Episodes I-III by aligning themselves too closely with state power thus becoming pawns of the Sith Chancellor. Having become spiritually castrated by their desire to have a seat at the table, they served the galactic senate and its evil leader by making their lightsabers tools of the state. While the Jedi appeared, on the surface at least, to be “salt” and “light” to the machinations of empire, they instead played right into its hands.

Power, according to the soon-to-be Sith Lord Anakin Skywalker, should be exercised to “make” everyone agree, to compel them to either bend the knee to the will of the empire, or else bend the knee for the headsman. This is the way of the Sith, the way of powers and principalities. But the Jedi were truly at their best when they had the freedom to fulfill their moral mission to oppose power and its cruelty, not when they were forced to compromise and play political games in order to maintain their influence.

When Satan tempted Jesus with the promise of political power, a force which the dark lord himself held the reigns of (Luke 4:5-7), Jesus rebuffed his offer. He knew that the kingdom of God would not come like earthly (or even galactic) empires do. But many who claim the name of Jesus have failed to follow in the footsteps of their Lord. 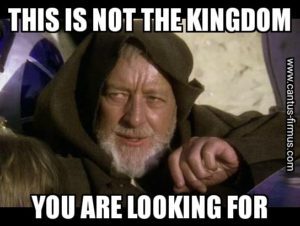 Even though Jesus said that His kingdom was not of the world and that the one who would be first in it should seek to be last, can we really trust Him enough to loosen our hold on state power and its privileges? Just as the Jedi served as a kind of special forces for the Republic, doing their bidding by bloodying their hands, the church has not taken seriously its unique vocation. In Revenge of the Sith, Palpatine accused those who sought to represent the light side of not trusting the Chancellor, the Republic, or even democracy. If only!