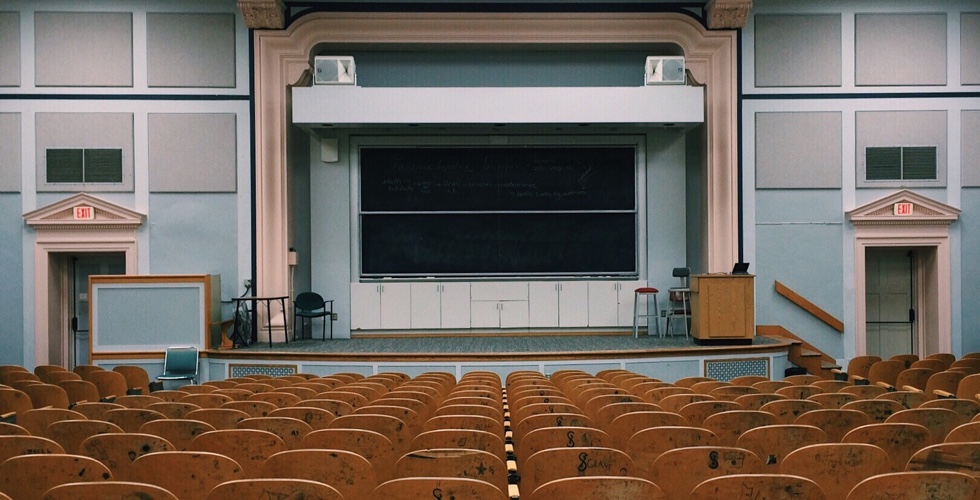 This guest post was written by Dr. Douglas Young, who continues to offer us his illuminating perspective from his academic position at the University of North Georgia.

What a blessing to teach college for over 33 years. Educating folks on government and politics is my life’s work, and it has been such a joy teaching students at the University of North Georgia since 1999 where there are so many fine professors, staff, and administrators.

But recent disturbing trends have harmed students across the country. Indeed, on too many campuses there is an obsession with homogenization, bureaucratization, research, and money.

As acclaimed University of Georgia Professor Emeritus Dr. Parker Young notes, “Any college worth its salt is a true free marketplace of ideas.” Yet there has been a huge increase in campuses with constipated “hate speech” codes or climates hostile to free inquiry. In the Orwellian guise of protecting “diversity,” too many higher education administrators restrict basic speech rights and, often invoking “social justice,” too many professors substitute agitprop for teaching many sides of issues. So what should be the most free places in America are often the least. As the legendary liberal U.S. Supreme Court Justice Hugo Black warned, “the freedoms of speech, press, petition, and assembly guaranteed by the First Amendment must be accorded to the ideas we hate, or sooner or later they will be denied to the ideas we cherish.”

Universities should provide an outstanding education and vibrant campus life that spur students to grow intellectually, emotionally, and morally. We should not just teach them propaganda but help them reason critically. They need to question everything – including their professors — and always think analytically for themselves.

Yet there is also far too much emphasis on uniform “assessment” at college. In ever more freshman and sophomore classes, administrators make professors give the same assignments using the same “rubric” to grade papers, a la high school. So much for hiring the best teachers to each create their own class assignments and grading methods. But so many bureaucrats crave the very standardization which has so stifled innovation and achievement in k-12 schools.

Education should help students learn, mature, and achieve the most meaningful lives possible. Instead, often administrators see students as little more than dollar signs, numbers, and means to get their offices, departments, or schools more funding, recognition, and power. Indeed, many administrators don’t teach and know little and care less about good instruction and the need for schools to create a challenging, yet nurturing environment for students navigating a vulnerable time in their lives. But all college and university workers should recall who pays our salaries.

Sadly, too often students get real-world lessons in Machiavellian campus politics. In fact, U.S. Secretary of State and Harvard University professor Dr. Henry Kissinger concluded that “university politics are vicious.” In short, when administrators or professors put personal professional interests ahead of our students, we undermine the very purpose of education.

Alas, the biggest lessons I learned as a graduate student at a large “prestigious” (see: “publish-or-perish”) university were how NOT to teach and NEVER to treat people. Classmates and I got daily doses of just how cold and uncaring too many bureaucrats and faculty could be.

Yet ever more administrators push precisely this publish-or-perish model. When a professor knows he has to get published in X number of officially approved journals by Y date, time spent with students detracts from researching and writing – and keeping his job. So a closed office door with its window papered over and the light on inside tells students to go away. While some professors are inspiring teachers and researchers, the combination is uncommon.

But too many universities covet the prestige (U.S. News & World Report rankings!) and government funding that follows an emphasis on research. Again, students’ education is sacrificed on the altars of reputation and money.

The surge in online courses further compromises instruction since posting lessons on a computer is a poor stand-in for in-person lectures and real-time discussions. There’s also far more cheating with on-line tests. Yet many schools covet on-line classes to make more money since they don’t need buildings. One day a salary-free computer might “teach” 100 such classes.

Making everything worse is the outrageous costs of tuition and textbooks that have followed the huge increases in government grants and loans to students in recent decades. Colleges have responded by spiking costs more and more, causing far too many students to go deeply in debt.

I pray every university rededicates itself to providing the best instruction at a reasonable cost to the largest variety of students cherished in a warm, welcoming environment that celebrates a true diversity of ideas and free inquiry. May students always come first, and may all educators be Good Samaritans who make a special effort to see no student is lost due to institutional neglect.

Douglas Young was born a faculty brat in Athens, Georgia before becoming a full-time professional nerd in 1987. He teaches political science at the University of North Georgia-Gainesville and also advises the non-partisan Politically Incorrect and Chess Clubs. He has been blessed to have essays published in many newspapers, while also becoming disillusioned with contemporary politics in recent years. He now writes far more poetry than political essays and has had his work published in a variety of artistic venues.