Live Debate on Christianity and Capitalism in NYC 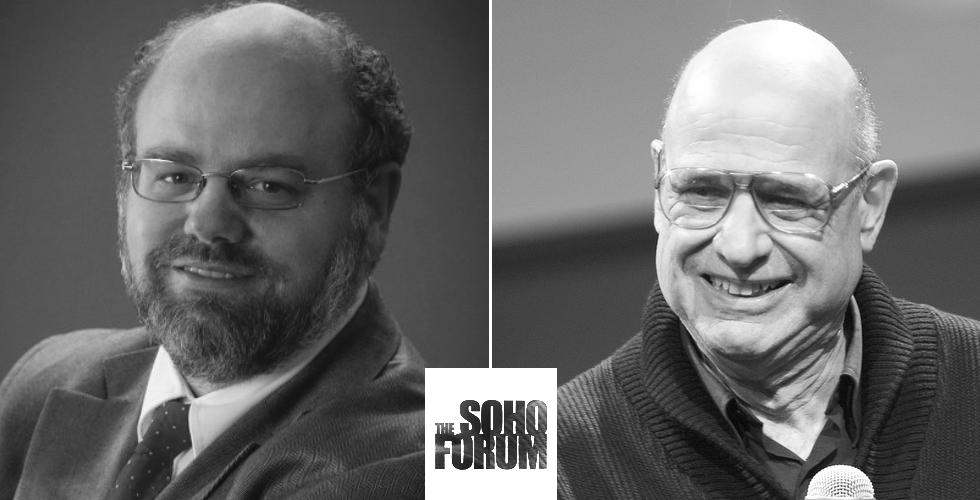 (New York, NY) – On April 20, 2020, The Soho Forum and the Libertarian Christian Institute will be co-hosting an Oxford-style debate between Bob Murphy and Tony Campolo on the proposition, “To promote a Christian vision of human flourishing, Christians should support free market capitalism.” The debate will held live at the Subculture Theatre at 45 Bleecker St, New York, NY, and will be broadcast on ReasonTV’s YouTube channel soon thereafter. It will be moderated by Judge Andrew Napolitano.

From the academy and Christian news media to the non-profits and the pulpits, there is a growing trend in Christianity that openly disparages the central tenets of free market capitalism. This debate will provide an opportunity for two of the best minds debating this issue directly. Capitalism is also accused for being the problem to all of society’s economic woes, both real and invented. You don’t have to look very far to see anti-capitalist rhetoric in many corners of Christian world: the academy, Christian news media, even from pulpits!

We believe debating a hot topic is one way to grab the attention of many Christians who have not heard a rigorous defense of capitalism from a Christian perspective. At the same time, we want libertarians who are ill-equipped to reach Christians with the message of liberty to see what such a defense looks like, and even encourage them to partner with Christians in promoting freedom.

The Libertarian Christian Institute is a 501(c)3 non-profit organization whose mission is to promote human flourishing by equipping the Church to make the case for a free society. A growing influence in the liberty movement around the world, LCI has reached tens of thousands of Christians through its podcast, academic journal, articles, small groups, and events.

The Soho Forum is a monthly debate series held in Soho/Noho, Manhattan. A project of the Reason Foundation, the series features topics of special interest to libertarians and aims to enhance social and professional ties within the NYC libertarian community. The Soho Forum features some of the most highly regarded speakers across varied fields. At each event, the audience actively engages with the speakers, votes on the resolution, and there is a social reception that follows.

Reverend Dr. Anthony Campolo is professor emeritus of sociology at Eastern University in St. Davids, Pennsylvania and previously served for ten years on the faculty of the University of Pennsylvania. He currently serves as an associate pastor at his home church of over sixty years, Mount Carmel Baptist Church, in West Philadelphia. Dr. Campolo has co-founded and provided leadership to the progressive Christian movement, Red Letter Christians, as well as, the Campolo Center for Ministry, a program that provides financial support, training, and mentoring to those the Church has called to full-time ministry. He has written over thirty-five books, including his most recent release, “Why I Left, Why I Stayed: Conversations on Christianity Between an Evangelical Father and His Humanist Son.”

Judge Andrew P. Napolitano is Fox News’ Senior Judicial Analyst. A graduate of Princeton University and the University of Notre Dame Law School, he is the youngest life-tenured Superior Court judge in the history of the State of New Jersey. He is the author of several books on the U.S. Constitution, two of which have been New York Times best sellers.

Did you like Live Debate on Christianity and Capitalism in NYC?
You may also like These Posts: